Sending your kids off to college can be bittersweet. While some couples feel depressed when their children finally leave the nest, others look at it as a time to reconnect with their significant other and embrace their new freedom.

Vicky and Jeff Piper of Dayton, Ohio, are among the latter category of parents. They had just gotten home from Michigan after dropping their youngest child off at college, and instead of moping and crying about how much they’ll miss having the kids living under their roof, they decided to celebrate. 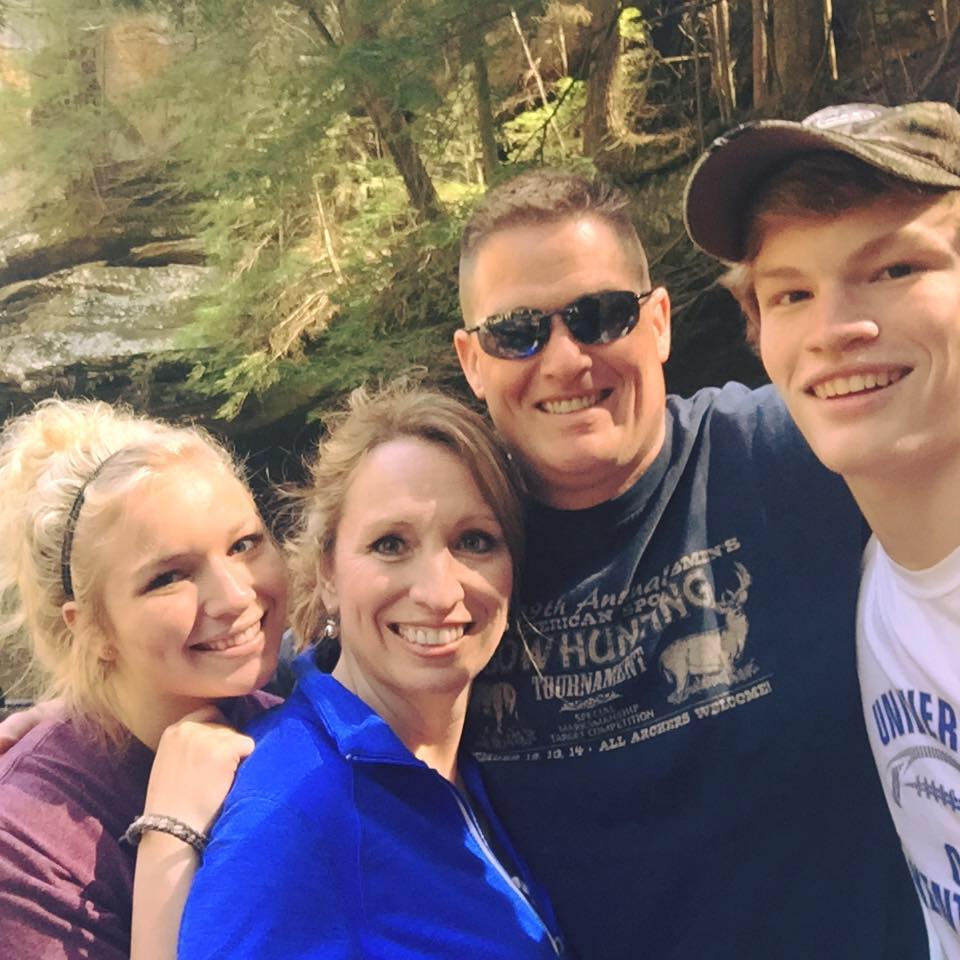 “We had just dropped off our son at college — our daughter went to college last year, and our son is starting this year — and we came home, and so many people were so concerned, like, ‘Are you guys going to be okay?’” Vicky stated. “We just had a different perspective about the whole thing: both kids are doing great, and they’re in college, and that’s awesome! So the bottom line is that we had a different view of that ‘empty nest.’”

Jeff told Vicky that they should do like the younger generation and take a picture to commemorate this occasion. Vicky told him to go find an empty nest out in their yard, and they snapped a few pictures to celebrate their newly empty nest.

“If you’re in your 40s or 50s, when you had your kids, you missed all these beautiful photo opportunities kids do now,” Vicky explained. “So there was definitely an element of ‘Let’s join those whippersnappers!’”

20 years ago we didn’t have gender 💝💙reveal parties, portraits in beautiful fields with baby shoes to announce a…

After Vicky shared the empty nest photos on her Facebook page, the response was instantaneous. Everyone who saw the pictures thought it was such a nice idea. After all, this is not simply the end of a current situation, but a new beginning for Jeff and Vicky. 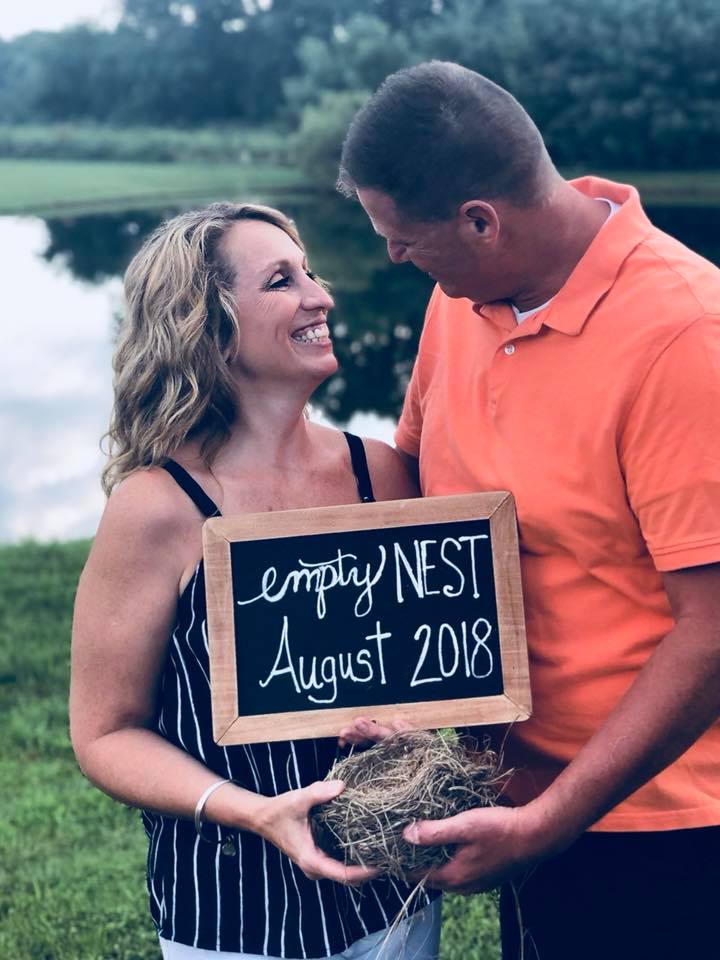 Jeff and Vicky have been married for almost 25 years, and they say they’re looking forward to reconnecting and traveling together. “We’ve raised our kids and we still love each other,” Vicky said. “For the last 20 years, we’ve been focused on the kids and trying to take care of ourselves, too. And now we can focus on us.”

The couple is also celebrating the major accomplishment of successfully sending two children off to college. “It’s one of those things that should be celebrated!” She said. 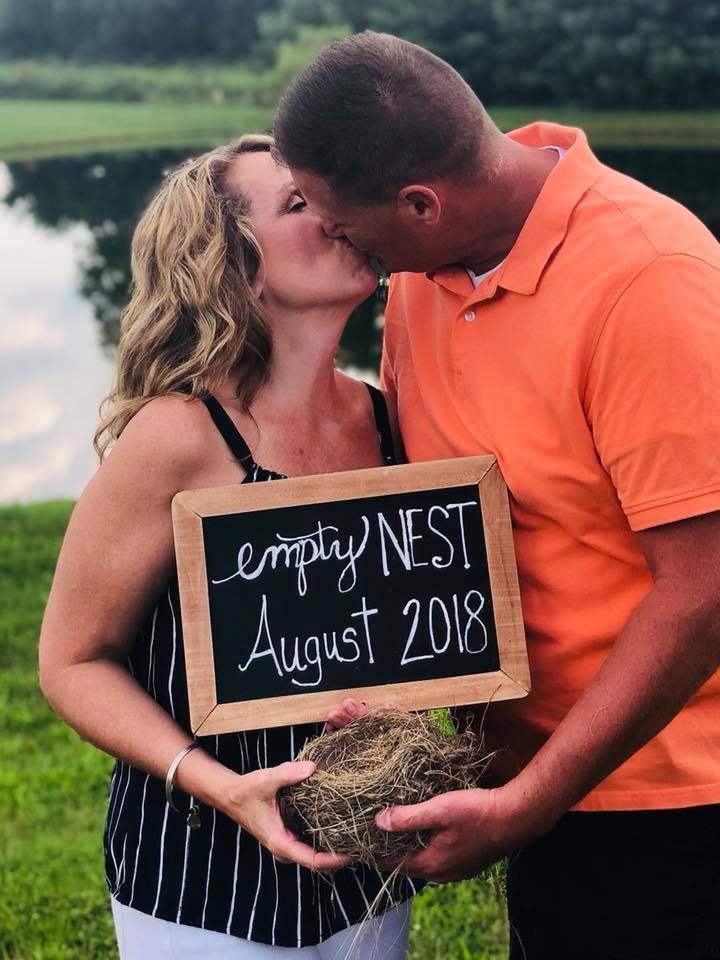 After a friend convinced Vicky to make the Facebook post public, she was shocked to see the view count climb to almost 200,000. Now the couple is embracing their newfound internet stardom, and they hope their impromptu photo session will inspire other parents to look forward to those empty nests rather than dreading the next chapter.

“I think that people celebrate so many things in the beginning, and then we forget to celebrate things later on,” she said. “Let’s capture the moment not just for the kid that’s leaving the home, but for Mom and Dad, too.” 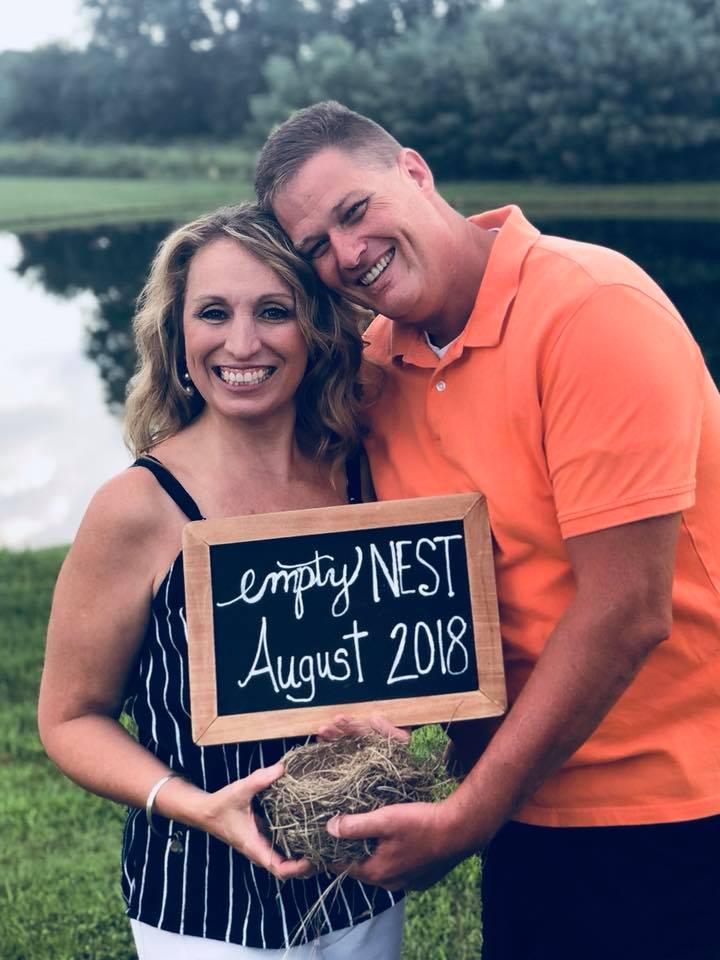 What a fabulous idea! Life is too short not to celebrate every single chapter as we go. Enjoy your free time, Vicky and Jeff!

Please share this message to help others embrace their empty nests, too.