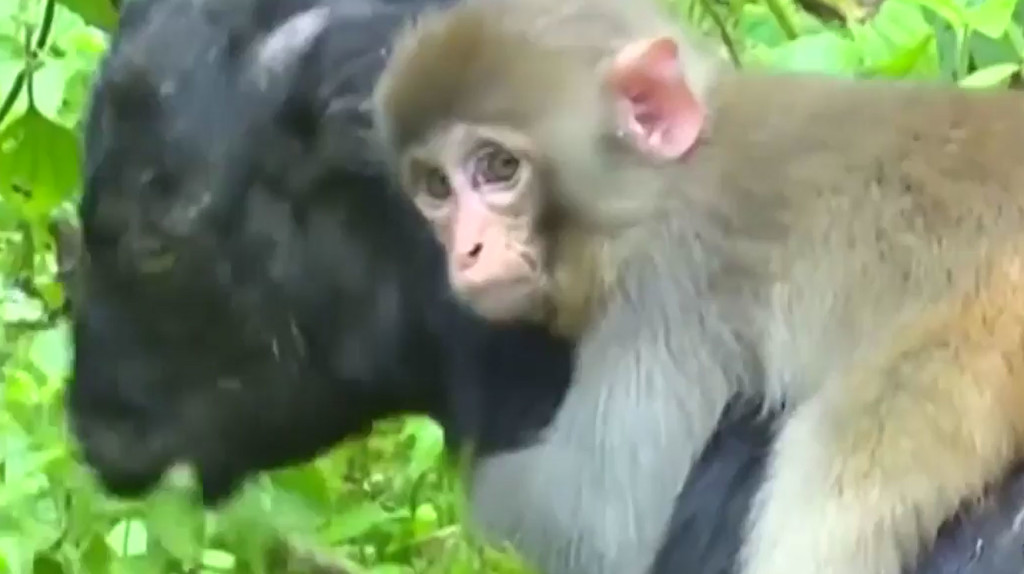 We’ve shared some adorable animal stories with you before. Like the story of this orangutan who takes care of baby tigers, or this adorable list of 15 goats wearing sweaters. Dreaming about a story featuring both a lovable primate and adorable goats? Now we have just the thing!

A Chinese goat farmer noticed an unusual friendship forming in his herd of goats. It wasn’t a friendship between goats; rather, it was a friendship formed between a goat and an outsider… a baby monkey! A tiny, orphaned Macaque monkey had somehow ended up among the goats, and it decided to stay! The monkey picked one goat in particular to be its new “mother.” In the video below, the adorable monkey can be seen clinging to “Mom’s” neck.

We’ve seen some unlikely animal friendships before, but– knowing that the little monkey thinks of its goat friend as an adoptive mother– makes this one particularly moving!

Twitter users agree, and have added their two cents about the story on social media:

A MONKEY WHO LOST ITS FAMILY IS LIVING WITH GOATS IN CHINA IM CRYING pic.twitter.com/usFxkAbAA1

I don’t think I’ve ever been so happy than to see a monkey riding a goat. https://t.co/XfnQfUzqqP

@GMA see it doesn’t matter where you’re from or what you look like. Everyone needs to look after everybody

Check out the adorable video below.

WATCH: Just a baby monkey and goat hanging out. These best friends are inseparable! pic.twitter.com/deCeY2jiYu