When you’re a kid and are told that it’s time to leave the playground or that no, you cannot have dessert for breakfast, it can feel like the end of the world. So when a little girl’s dad told her that she’d had enough Oreo cookies for the day, it’s not surprise she broke down into a fit of adorably soft hysterics.

Our star is an unbelievably cute little girl with chocolate all over her face and red eyes that have clearly been crying. When her dad asks her, “Hey, what’s wrong?” her response comes in the form of high pitched gibberish. 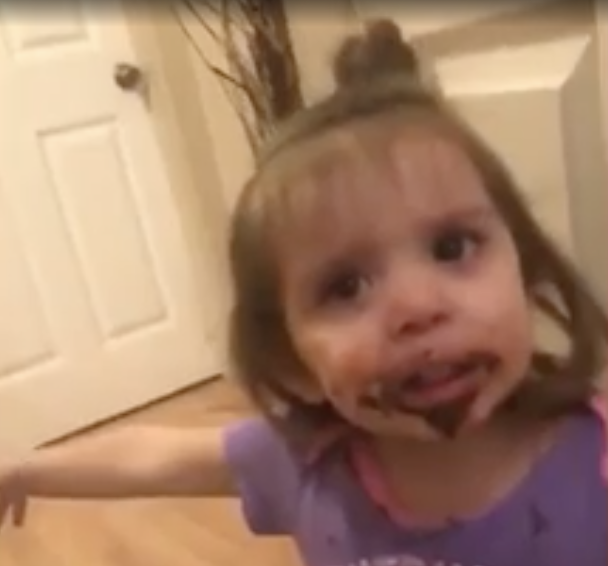 It’s a language that no one other but the girl’s parents can undoubtedly understand. The dad, without skipping a beat, says, “I think you’ve had enough cookies!” and it becomes clear that the direction the little girl is pointing towards must be the kitchen.

Upon hearing that she’s been cut off from sugary delights, the toddler, whose name is revealed to be Celine, let’s out a genuinely heartbroken “Oh no!” in the tiniest of voices. She lets out a few soft cries before once again muttering in birdlike tones.

The look on her face says it all: she’s devastated. 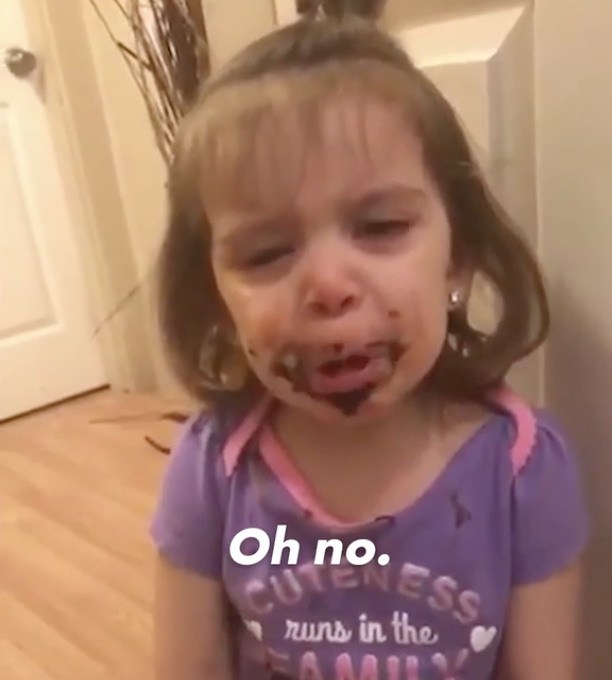 “You had enough cookies baby,” says Celine’s dad in a consoling but slightly amused voice. She shakes her head, mumbling some more, before once again pointing to the kitchen and with a pleading look on her face. 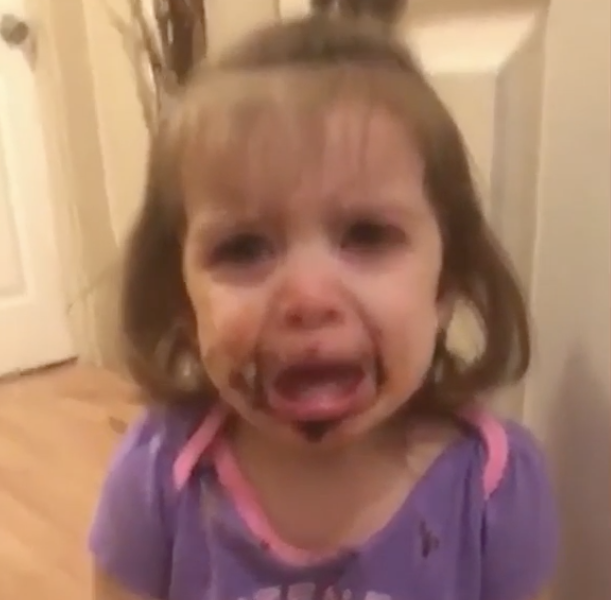 While I doubt that Celine did in fact get another cookie that night, I’m not sure I’d be able to resist drying her tears via a treat! 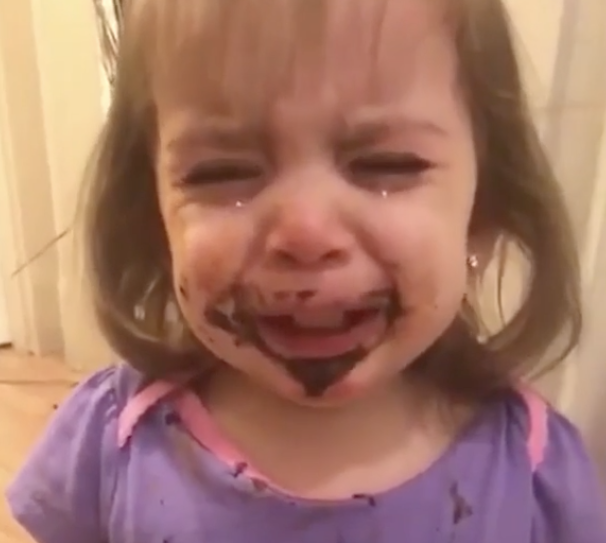 Watch the ordeal below and share if you love sweets as much as Celine. (I know I do.)