We’ve brought you some fun stories about surprise flash mob performances. They’re incredibly fun to watch, and you have to admire all the time, work, and dedication that goes into pulling them off with such precision.

Most of the flash mobs you see involve dancing, but every once in a while, you’ll stumble on something a little different. And that’s precisely what happened outside a church in Nuremberg, Germany. 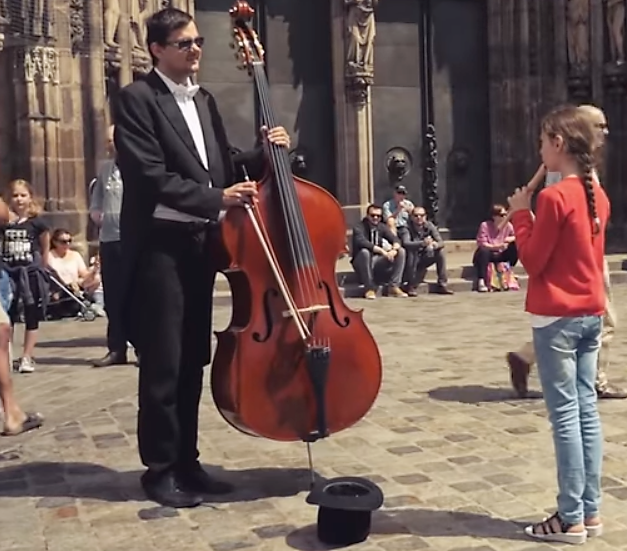 The video begins with a montage of shots in the courtyard outside the church, with groups of children playing and adults soaking in the sunshine. Then the camera closes in on a cellist, who quietly watches as a young girl approaches. She raises a wooden flute to her lips and plays the opening notes to Beethoven’s “Ode to Joy,” and what follows is like a high-class, orchestral version of “Dueling Banjos.”

It appears at first that this is a spontaneous, two-person act. But one by one, people in the know separate themselves from the crowd and join in. 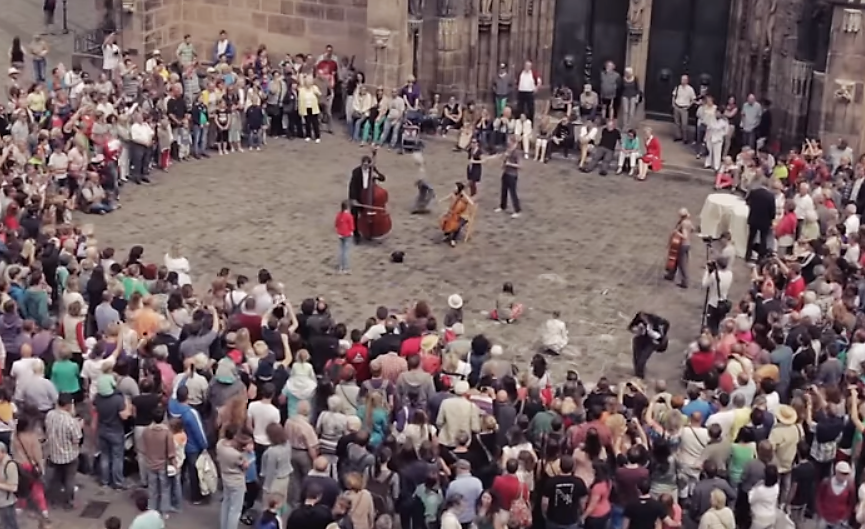 Of course, you can’t play “Ode To Joy” without a chorus … 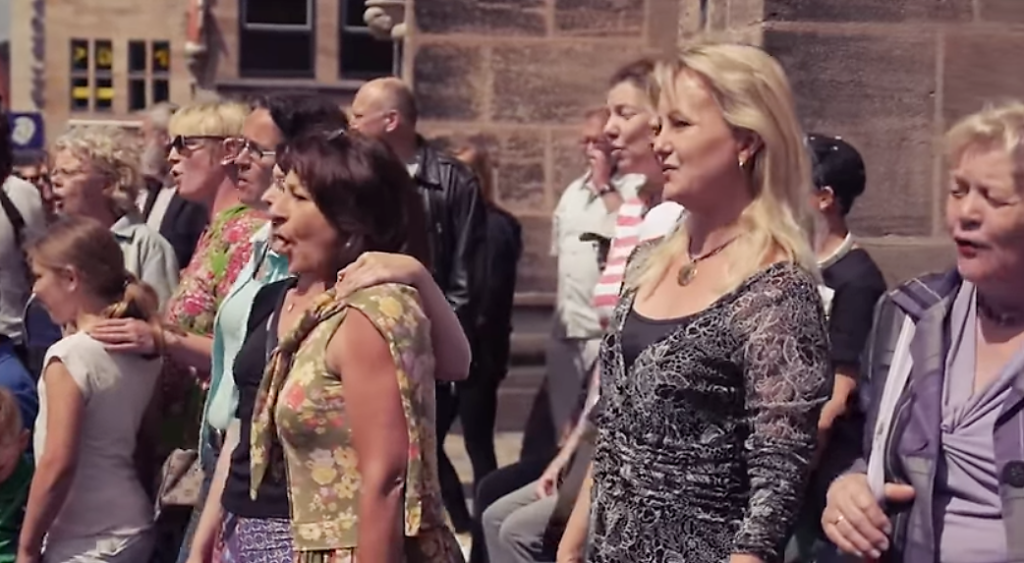 The performance was orchestrated by a German bank in concert with members of Germany’s Hans Sachs Choir and the Philharmonic Orchestra of Nuremberg. (That’s two puns in a row, in case you missed it.)

Watch this moment of unexpected joy and beauty in the video below, and share to spread more happiness!