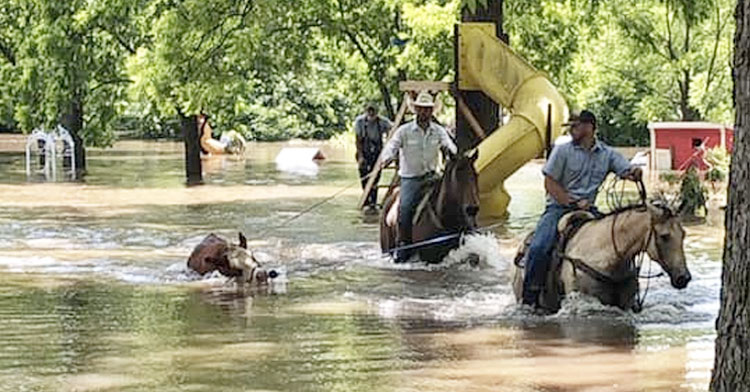 Dozens Of Cowboys Band Together To Rescue Livestock From Okl...

Oklahomans have definitely seen better days. With the recent rash of tornadoes and flooding forcing thousands out of their homes, it’s all many can do to hold on and wait it out.

Ranchers across the state have also felt the devastating effects of the natural disasters. They’ve watched, helpless, as their farm animals and livestock are swept away in the flood waters, destined to drown. But one brave group of cowboys are doing everything they can to save them all. 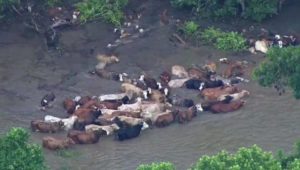 For the past week, dozens of men have teamed up, taking time off work to rescue critters all over Coweta, Muskogee, Owasso, Catoosa, Claremore, and Verdigris. 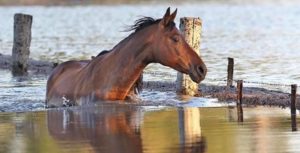 It started with some of them needing help herding away hundreds of cattle from the flood waters. They wrote on Facebook that they had the equipment and means to save other animals. That’s when Casey Thomas, who’s posted photos and videos of the rescue efforts on Facebook, says the calls for help “spread like wildfire.” People began answering those calls just as fast, using their own fuel, trucks, boats, and horses in the rescue.

“Myself, personally, was on both sides of the situation,” Casey said. “I was one of the guys needing help to move a bunch of cattle before they got flooded in and the amount of friends that showed up to help in a blink of an eye was unreal.” 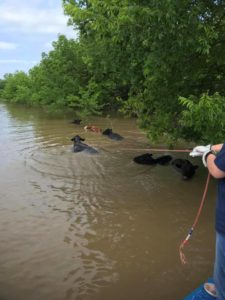 Since then, everyone involved has worked tirelessly to pull hundreds of animals to safety, whether straight out of the flood waters or from where they were stranded on islands. And they said they’ll keep at it until the flooding ends, no matter how long it takes. 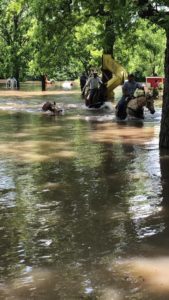 “We just refuse to sit back and watch these livestock drown because I mean, all of us own cattle,” rescuer Cory Conley said. 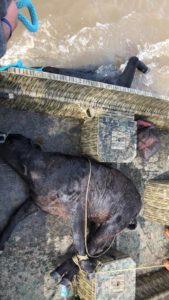 But they’re still amazed by how many strangers have joined in.

“Guys we didn’t know were just jumping into the water as we were pulling these cattle off of the island so we could haul them out by boat,” Hunter Webster, another of the cowboys added. “It was incredible just to see a bunch of guys get together just to help a bunch of strangers that they don’t know.”

Our hearts are with the people of Oklahoma as they deal with the aftermath of such widespread destruction. But it must be comforting to know that in times of disaster, they have heroes like these on their side. If you’d like to help tornado and flood victims in the Midwest, here’s a list of organizations accepting donations.

Check out more footage of the cowboys saving lives in the video below, and share to raise awareness of their heroic efforts.