I have three kids. While they each have completely different personalities, as a family we’ve spent the last couple of years working hard to be aware of our excess and push against the societal norms of consumerism.

That being said, I have one daughter who would still loves to have all the things — until it comes time to put them away. She feels excitement over new toys but that quickly fades when she remembers she is now responsible for all these items and it requires her time and energy keep them picked up and put away.

My other daughter is fairly indifferent. She doesn’t care much about toys. She has never been one to grow overly attached to objects or keep things out of sentimentality. She’s often the one to remind me that it’s OK to let go — just because she had something since she was a baby doesn’t mean she needs to keep it forever.

Then there’s my son. He knows what he wants — and what he doesn’t want. He’s a critical thinker and when he finds himself interested in something, he’ll really think it through. Is it something he’ll want to keep and take care of? Is it something of which he’ll quickly grow bored? Is it something he truly desires or just a default want because it’s associated with one of his favorites (just because he likes Harry Potter and Pokemon and Star Wars, doesn’t mean he needs all the things branded with them).

For a kid like him, the incessant questioning this time of year about what’s on his wish list — what he wants — is overwhelming.

He was visibly upset, one day, so I asked him what was wrong. “I don’t know what I want,” his voice shook. 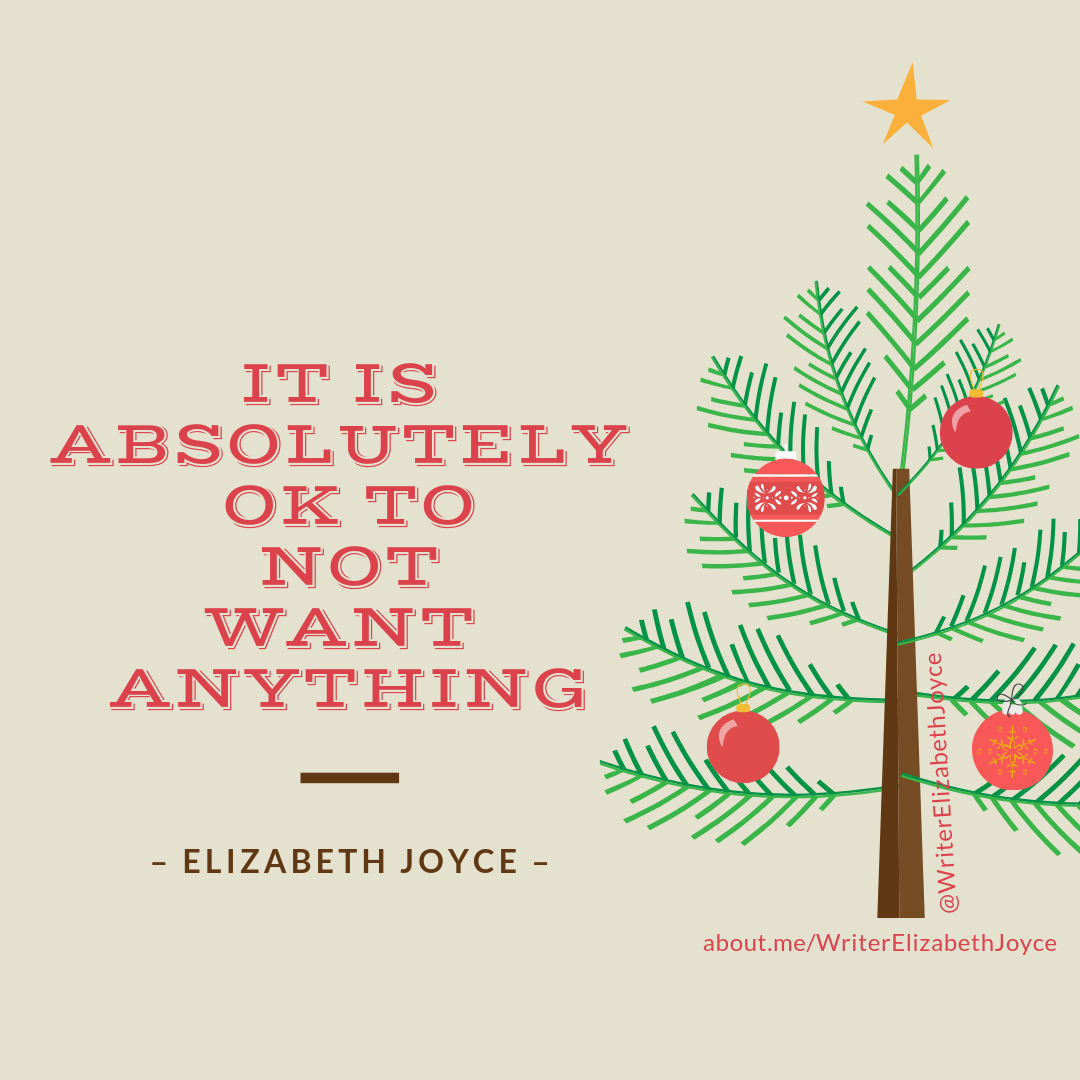 We had a heartfelt talk about how it is absolutely OK to not want anything. When it came down to it, I think his frustration was rooted in the fear that if he didn’t have a list of things he wanted, then he’d end up getting things he doesn’t want.

This season is rife with contradictions and confusing messages for a critically thinking kid (or adult).

We talked about how hard it is to go against the grain of what is considered normal or expected in any situation. About dealing with disappointment  —  not of not getting what you want but of getting things you don’t want. About how we can be grateful a person spent their time, energy, and money on a gift for us because they care about us, even if we decide not to keep the item.

We talked about how, when he is asked about his wish list, he could explain he doesn’t really want anything but that he’s saving up gift cards for when he does find something he wants.

My husband and I did get him a gift, that we bought months ago, because we thought he would enjoy it. We only buy the kids a few Christmas gifts: something fun from us, clothes, a little something from their siblings, and stocking stuffers (usually a book, some candy, and a few small things). I already told him that if we ever get him a gift he doesn’t want, he can be honest with me and we can return it — except the clothes, he’s getting the clothes anyway. But his gift from his siblings and his stocking stuffers this year? Gift cards.