It’s not every day that you get to ask the love of your life to marry you. So of course, Police Sgt. Mike Nowacki planned to make the moment special for his girlfriend, fellow Chicago officer Erin Gubala.

Nowacki would take part in the Allstate Hot Chocolate 15K Run, decked out in 50 pounds of his finest SWAT team gear. Then he’d meet Gubala where she was stationed at the finish line to pop the question. But before he could pull off the wonderful surprise, duty called! 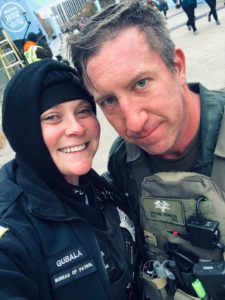 As Nowacki neared the end of the 9-mile race, he heard people screaming for help. A woman had collapsed after suffering a heart attack and had no pulse. So Nowacki rushed over and began administering CPR. His other plans could wait! 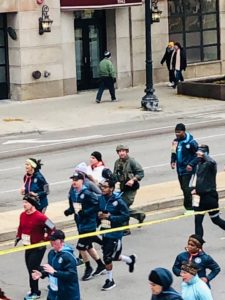 The collapsed woman was in good hands. Fire department captain Walter Cook happened to be running nearby as well. Together, the two first responders kept her alive until an ambulance arrived. She was transported to Northwestern Memorial Hospital, where she’s expected to make a full recovery. 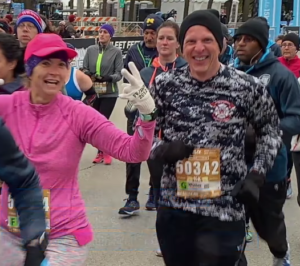 After saving the stranger’s life, Nowacki got back to running. After all, he had some unfinished business to attend to!

Before long, he’d crossed the finish line and found his girlfriend. “I didn’t even see him,” Gubala said. “And then he got down on one knee. It was just a whirlwind.”

Unsurprisingly, she said yes! How could she not want to marry this literal lifesaver? 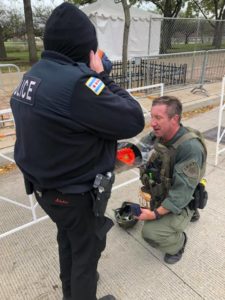 The Chicago Police Department held a press conference to celebrate the good news of their engagement — and Nowacki’s heroism. 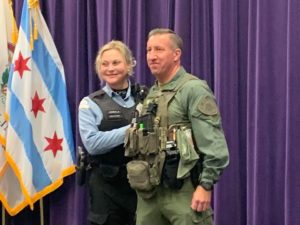 While the proposal didn’t go exactly as Nowacki had envisioned, we’re sure he agrees that it was an unforgettable experience. Congratulations to these incredible officers!

Learn more about Nowacki’s eventful 15K in the video below, and share to thank the happy couple for their service.

Officer saves woman's life during race, then gets engaged

This Chicago police officer planned to propose at the end of a 5k race – but his plans got slightly derailed when he had to answer the call of duty, and save a woman's life 💙 https://cbsn.ws/2K4ZAGz