Adan Gonzalez has been enriching the lives of underprivileged children for nearly eight years now.

A son of two immigrants, the third-grade teacher grew up in Oak Cliff, one of the poorest neighborhoods in Dallas, Texas. There, it’s tough for families to make education a priority when they’re struggling to get by. But Adan always saw his young neighbors’ potential for greatness. They just needed someone to open the door for them. So, in 2012, he founded Puede Network. 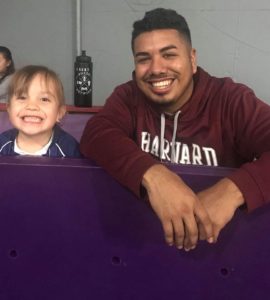 Puede Network is both a nonprofit and one big community that has been involved with more than 500 Oak Cliff families. Its mission is to help children become leaders and succeed academically through educational programs and resources, sports, group activities, and service to others in need. Every year, the organization donates luggage sets and other dorm necessities to college-bound freshmen through its luggage drive. 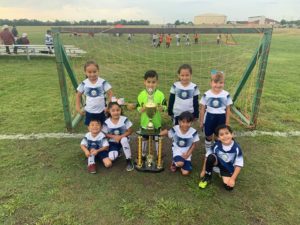 Parents are just as involved as their children, though. In fact, the group has even inspired some to pursue a higher education themselves. Nubia Gonzalez, whose sons, Anthony and Romeo are Puede scholars, is thinking about going back to college.

“I want to be a teacher. Little by little, coming here gives me the boost I need,” she told the Dallas Morning News. “I see what people like Adan have been able to do and that tells me I can do it too.” 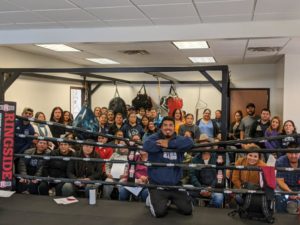 But there has always been one issue holding the organization back from doing more. Puede Network had no official headquarters. Since its founding, the group has met either at Adan’s home or in city parks. And as you can see below, it’s only become more and more crowded over the years. Children were learning how to code in Adan’s backyard. The organization desperately needed its own space. 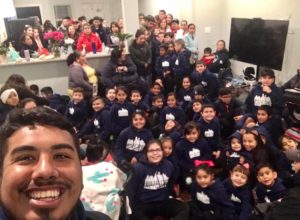 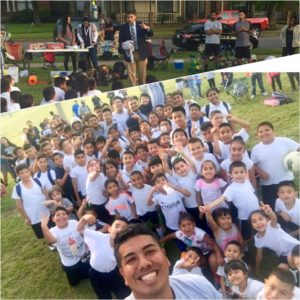 Entrepreneur and philanthropist Raul Estrada, who has known Adan for a few years, was especially touched by the nonprofit’s impact on deserving families. So, in 2019, he made an incredible offer to Adan. Puede Network could move into one of the buildings he owns — rent free! 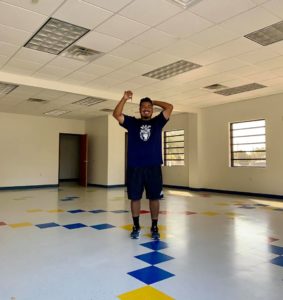 The Puede Network Empowerment Center celebrated its grand opening in November. With a classroom, game room, boxing ring, and boardroom to meet with potential donors, the group has all it needs to flourish. And now it will foster a better environment for learning.

“This space represents opportunity and the future we can have. Obtaining that future, I know, is going to be driven by heart and our families’ will to find a better life,” Adan said. 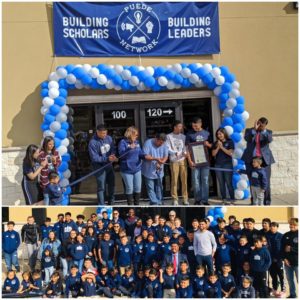 Adan is such a wonderful role model for opening up a world of opportunities to families in need — as is Raul! Thanks to the latter’s generous gift, Puede Network will only grow from here and make an even bigger difference. You can help as well by donating here.

Share this story to spread the word about this incredible organization.