Healthcare workers who tend to seriously ill children are a special kind of human, often providing a breath of fresh air to their charges every time they enter a room.

Beth Porch is just such a healthcare provider. She works as a nurse at Great Ormond Street Hospital in London, England, where each day she cares for children whose short lives have already been fraught with pain and sorrow. Always a music lover, Beth keeps her trusty ukulele at work so that she can brighten her patients’ days with a song whenever possible. 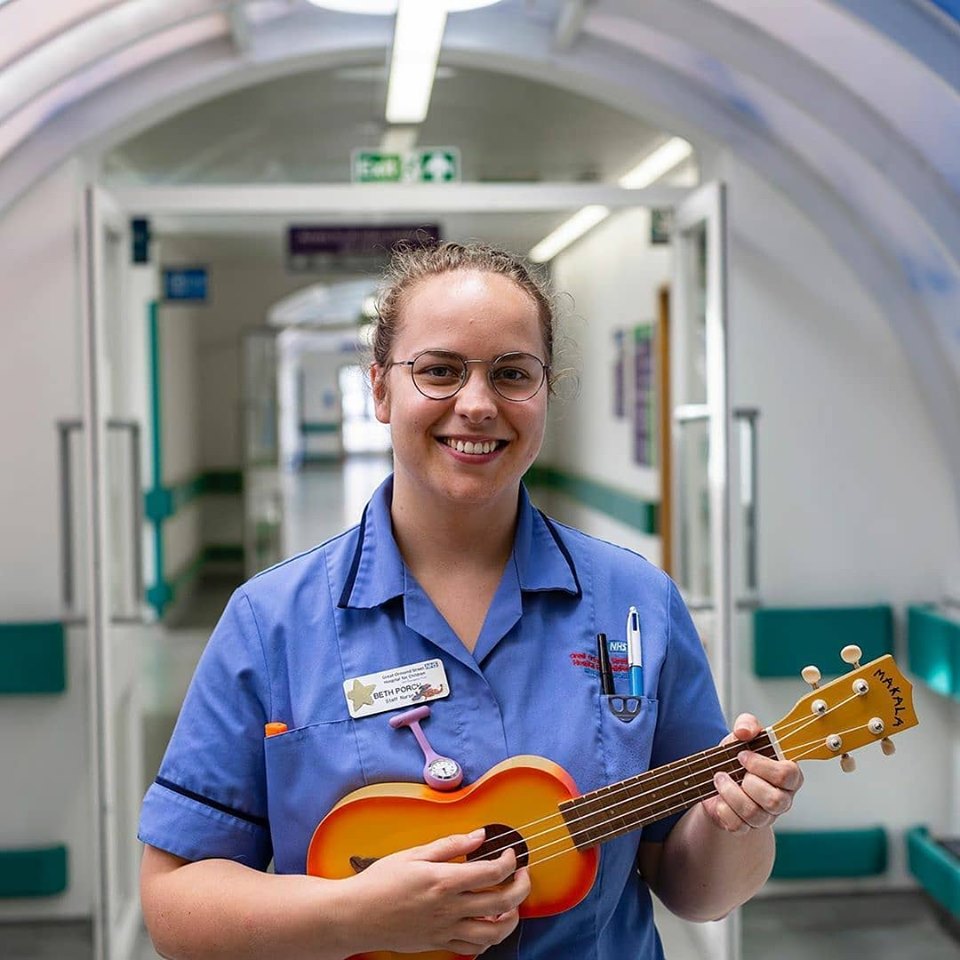 “As part of my degree I did a bit of research around music therapy for pain relief, but even as a distraction technique it’s good,” Beth explained. “I think music speaks to everyone’s soul. When kids and families are going through the toughest time it just brings a bit of normality and joy.”

Beth and her ukulele recently went viral on the web after mom Gemma Vickerage praised her on Twitter for lifting the mood of little Artie Vickerage. Artie is only three, but he’s been stuck in the hospital for the past few months after Gemma discovered a lump in his belly.

“I immediately knew something was wrong,” Gemma said. “I took him to the hospital and we were referred to Great Ormond Street straight away, the next day they had started treatment.” 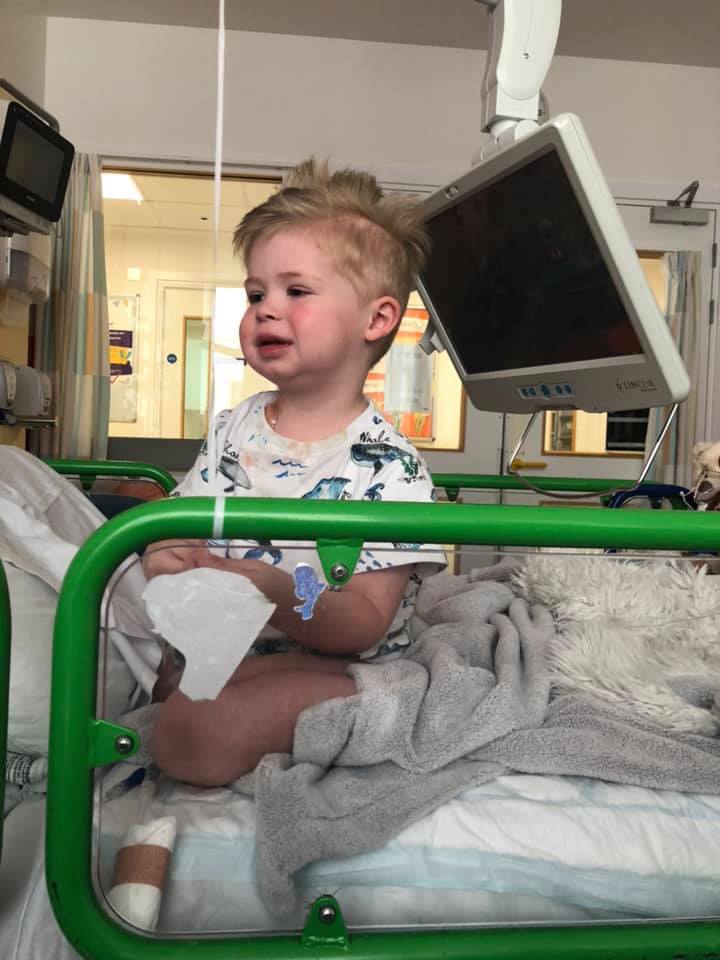 Artie was diagnosed with a rare form of cancer called Burkitts Lymphoma. Treatment was swift and harsh, and Gemma was told that they’d need to bring Artie to the brink of death in order to cure him.

“With this type of cancer the tumor can double in size within 24 hours,” Gemma explained. “The one in his stomach was already sitting at 11.5cm. He also had fluid on his lungs and a lymph up near his heart. When you come in you get told that the treatment is intended to break them but it has to happen to make them better.”

Even though Gemma describes the following seven weeks as “the worst time of my life,” there have been a few bright spots. One such bright spot was when nurse Beth turned up in Artie’s room one night with her ukulele and sang “It’s All About You” by McFly. 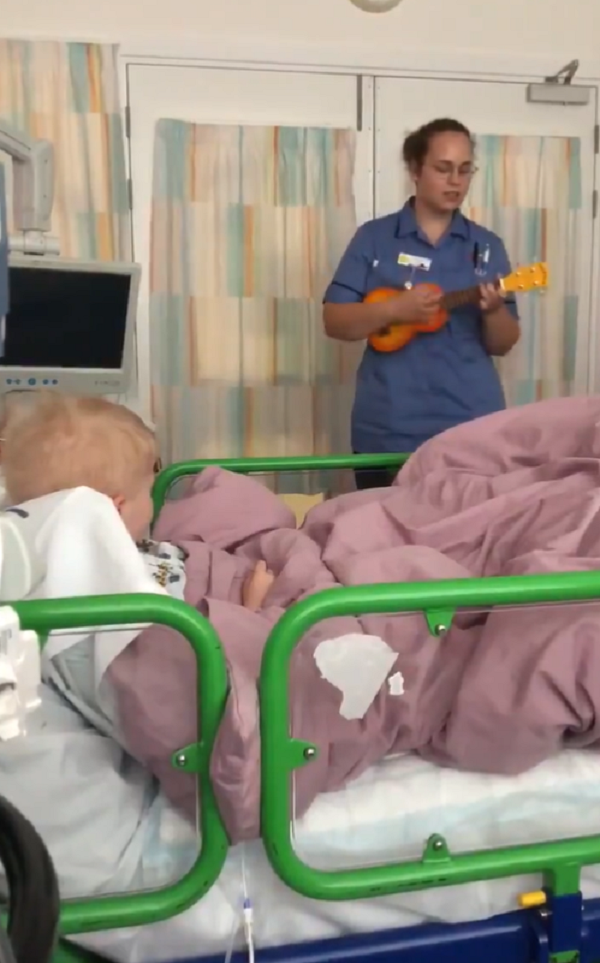 Beth has a lovely singing voice, and Artie seemed to be enraptured as he gazed at the young nurse strumming her ukulele in his room. Beth said it was a child just like Artie who inspired her to start bringing her instrument in to work with her in the first place. “I started bringing in my guitar for a boy who wanted to learn to play but the teacher couldn’t see him regularly, so I would play with him every shift.” 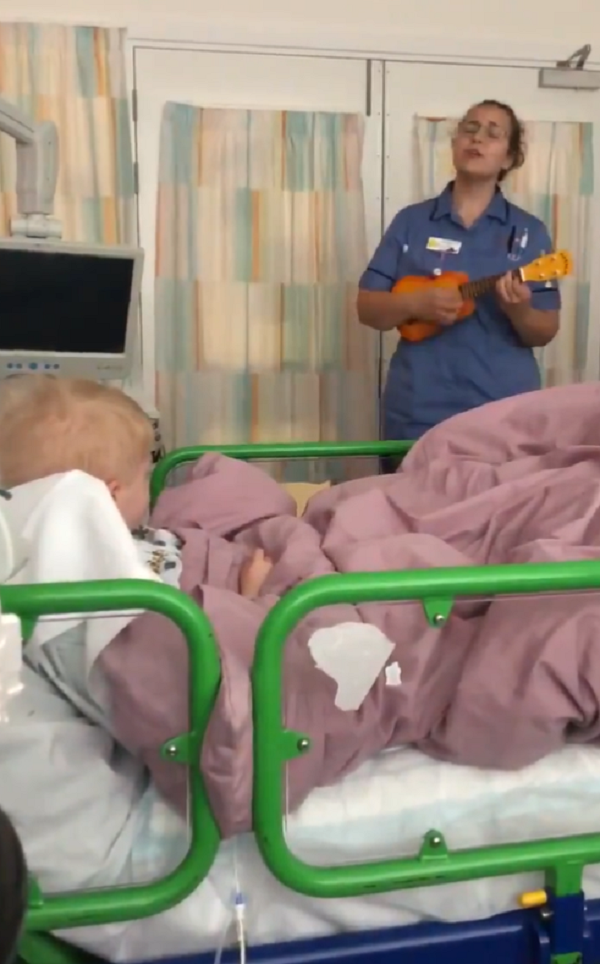 Soon other families heard her playing and asked her to come to their child’s room too. Before she knew it, she was the “singing nurse” — and now she’s going viral with the same moniker!

After Gemma shared the video of Beth playing for Artie the tweet took off, even getting acknowledged by Tom Fletcher of McFly himself. 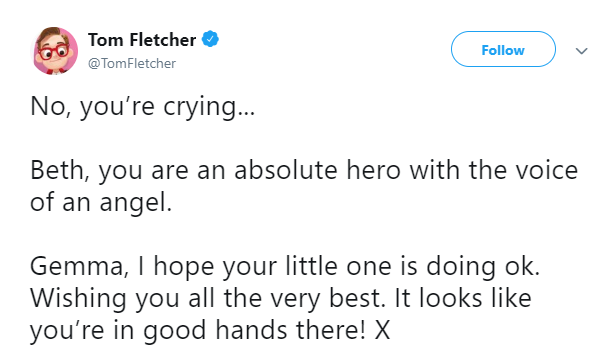 “The response to the video has been crazy. It doesn’t feel real. I didn’t expect to go viral,” Beth gushed. “It’s been strange to think that so many people have heard me sing, including big celebrities! Tom Fletcher is a musical hero of mine, so for him to say I have the voice of an angel has been very overwhelming.”

Beth says it only takes an hour or two to learn her patients’ favorite song, then she can play it for them whenever they need a distraction from their pain or a little ray of sunshine on an otherwise dreary day. Yet for families like Arties, this small act of kindness means a whole lot more. 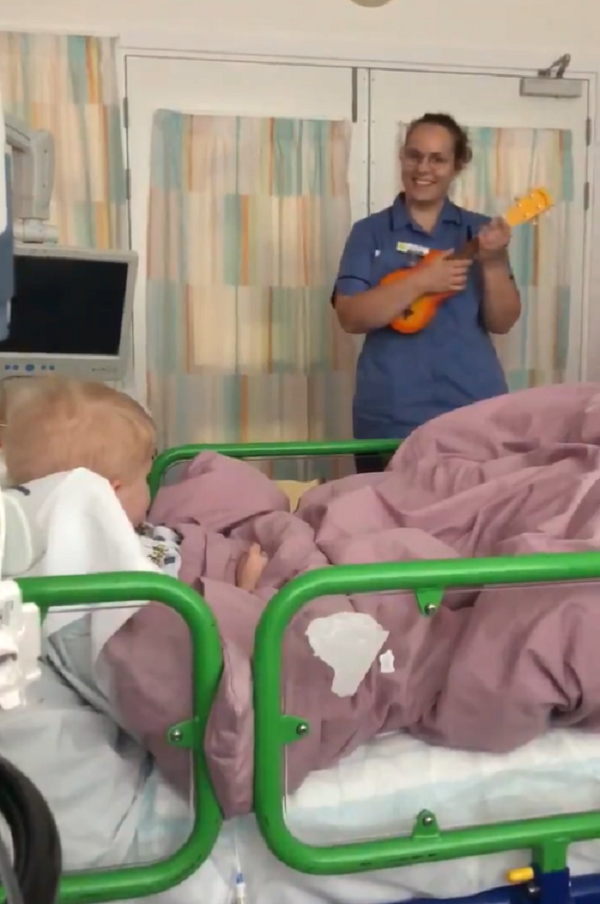 “He has just been so poorly and it can be hard to stay positive but Beth is just a little bit of brightness and she really makes a difference,” said Gemma. People like Beth seem to be heaven-sent in cases like this. We’re glad the singing nurse is getting some viral attention — she deserves every second of it!

Watch her performance in the video below, and be sure to share this story to wish Artie a speedy recovery.

How utterly amazing is this lady. Her name is Beth, & she is a nurse on my sons cancer ward at @GreatOrmondSt -she goes above and beyond the duties of a nurse & puts a smile on all the kids faces x such a special person ❤️🧡💛💚💙 #nhs #amazingnurses @TomFletcher @DougiePoynter pic.twitter.com/SgAHM1v8Lk