Nikki Ihus of Olathe, Kansas hadn’t even met her baby when she received terrible news.

Her unborn son had a rare birth defect called congenital diaphragmatic hernia. Since his diaphragm hadn’t fully closed, a hole would allow his abdominal organs to move into his chest. Doctors said he wouldn’t survive, but Nikki was determined! 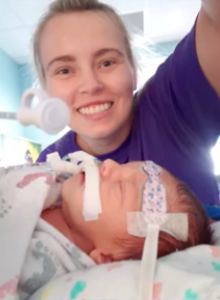 She contacted some nearby hospitals, but they said there was nothing they could do. So she traveled to Johns Hopkins All Children’s Hospital in St. Petersburg, Florida, where the best CDH specialists in the country work. And in September, she gave birth to John Henry.

He’s already defying the odds, but their family still has a long road ahead in the NICU. They won’t be able to go home for at least a few months, which has been extremely difficult for Nikki since she doesn’t know anyone there and her husband can’t be with her. Thankfully, she’s found support — in the last place she would have expected! 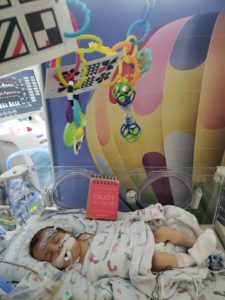 Recently, Nikki ventured out of the hospital to buy clothes for John Henry. Although she struggled to leave him, she called an Uber so she could get to a nearby children’s clothing store. That’s how she met Belinda.

As soon as they were on the road, all of Nikki’s emotions poured out. “She told me her story,” Belinda said. “She was in tears a couple of times, and I really felt for her.” So Belinda decided she would brighten the brave mom’s day! 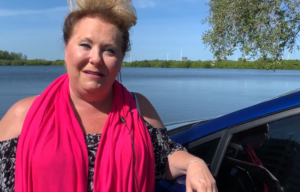 After dropping Nikki off, Belinda parked her car. Her other customers could wait! “I went in, and I found her and said, ‘This is a day that should be fun for you. And you shouldn’t be alone,'” Belinda explained.

These two may have started out as strangers, but Belinda will forever hold a special place in Nikki’s heart. She was even invited back to meet John Henry! After all, as Nikki said, “For this stranger to go completely out of her way — stop what she was doing and stop making money — to come be with me for a couple of hours while we shopped together, that was just incredible!” 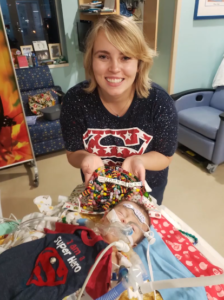 What a wonderful way to show kindness! We’re so glad Belinda was behind the wheel that day to make circumstances just a little bit easier on Nikki. While John Henry’s battle is nowhere near over, his sweet mom can take comfort in knowing she’s not alone!

Learn more about the Uber driver with a heart of gold in the video below, and share to encourage people to support the Ihus family!