Mental health issues affect people from all walks of life. Even those who appear to have it all need help working through their own personal struggles. That’s where support animals can come in!

San Francisco 49ers player Solomon Thomas has struggled with depression since the loss of his sister in January 2018. Thankfully, even on his toughest days, he can take comfort from his team’s smallest member: an adorable French bulldog named Zoë. 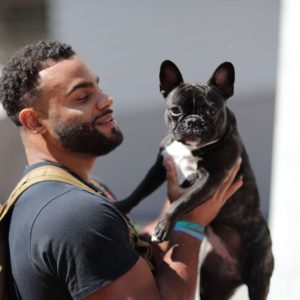 Last year, Zoë made history as the first emotional support dog to join the NFL. It all started when Austin Moss, the 49ers’ director of player engagement, saw how a pet could help the team relax after his sister brought her French bulldog into the office. 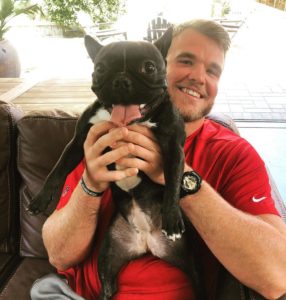 So Austin discussed mental health with the players, who ultimately decided they wanted a French bulldog of their own. Not long after, their wish was granted! Austin and his assistant adopted Zoë and registered her as an emotional support animal. They’re even looking into getting her certified as a therapy dog. 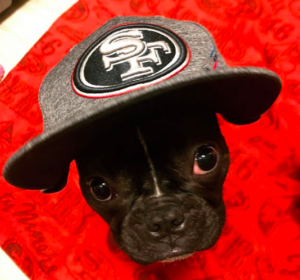 These days, the 1-year-old pup can be found cuddling up to the burly athletes. 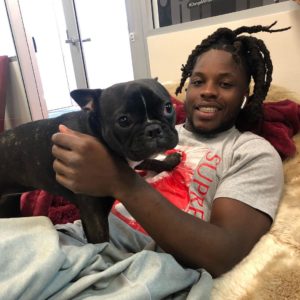 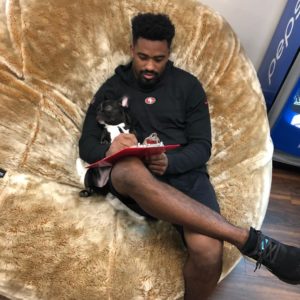 Really, no matter what’s going on, she’s there to lend a supportive paw. Whenever her teammates need a distraction, she’s got them covered.

“This is a very stressful job,” Thomas told The Athletic. “A dog could be a perfect getaway for some guys, and sometimes you don’t know what a dog could mean.” 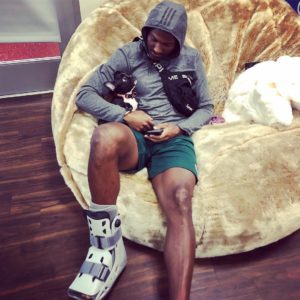 And Zoë doesn’t just bring joy to them. Since she joined the team, she’s amassed many followers on Instagram. Some even wonder if she’s the reason the 49ers have played so well this year. 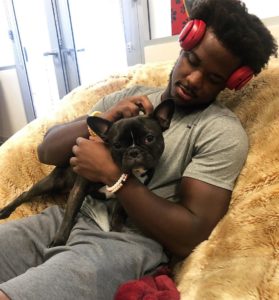 Regardless, she’s made a difference where it matters most. “Anytime I go in there and see her, it’s just really relaxing,” Thomas said. “That just kind of resets my day and lets me put everything back into perspective and keep going.” 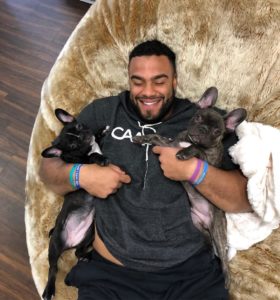 Dogs sure have a way of bringing out the best in people — and helping them focus on the best parts of life! We’re thrilled to see this football team prioritizing mental health!