Before they even made it to their reception, John and Sarah started their marriage with a bang.

The couple, only known by their first names, tied the knot on February 17 in Krabi, Thailand, with a beautiful ceremony on the beach. They were on their way to continue the festivities elsewhere when they saw the accident on the road. They told their driver to pull over. 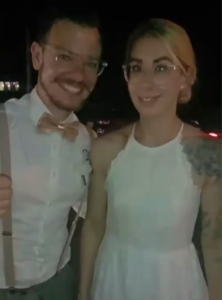 A motorcyclist, 21-year-old Cholatee Muengkerd, had crashed into a truck and fell, breaking his leg and injuring his neck. Lucky for him, he couldn’t have caught the attention of more capable people. Both John and Sarah are doctors. And despite their plans, they immediately jumped out of their car to help — still wearing their wedding attire. 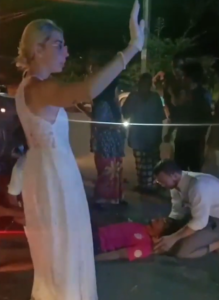 Sarah diverted traffic before joining her new husband to administer first aid, making sure to keep Cholatee’s head steady. They stayed with the man for 20 minutes until an ambulance arrived and transported him to a nearby hospital. 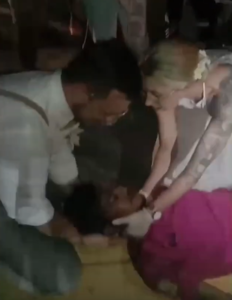 First responder Nok Rungrueng believes Cholatee would have injured himself further if the couple hadn’t stepped in.

“We received the emergency call as normal but when we arrived the foreign couple were there helping the injured rider. They treated the victim and made the scene of the accident safe,” he said. ”They have good hearts and we thank them for their help.” 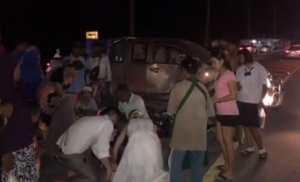 These two are the definition of true healers. Nothing, not even their own reception, can stop them from helping other people! Thank you, John and Sarah, for coming to this man’s rescue — and congratulations on your marriage! Here’s hoping Cholatee is on the mend.

Watch the selfless doctors at work in the video below, and share to spread thanks for their actions!