Newborns are the source of massive amounts of anxiety for their parents, who typically watch their baby’s every blink, breath, and move — especially in the first hours after birth.

We’ll never know whether this mare happened to glance away at just the wrong moment, or if her hours-old foal had an especially clumsy slip and fall. But when Boneca’s owners saw her running around frantically in their pasture in Brazil’s Sao Gabriel do Oeste, they knew something was wrong. 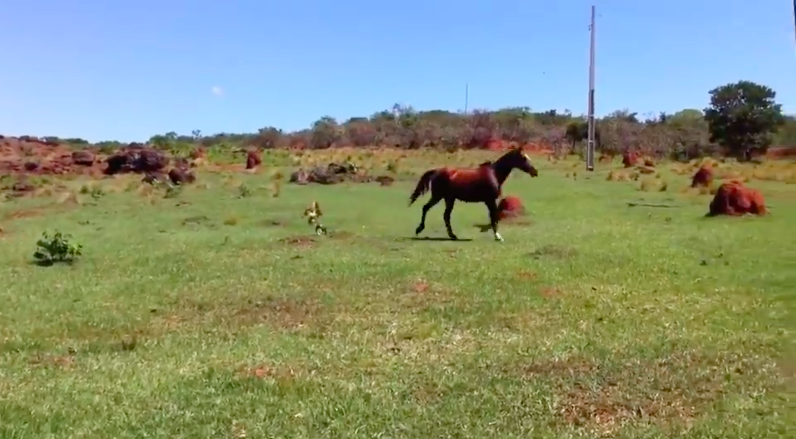 The last time they’d seen Boneca, she was very visibly pregnant, but the “baby bump” was gone. Which meant she’d given birth overnight.

But where was the baby? The farmers set off to search the area. 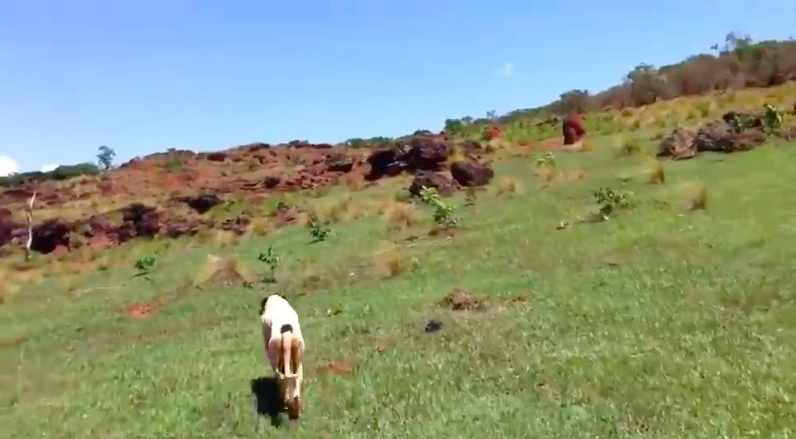 After hearing a series of cries coming from underground, they zeroed in on a small hole in the pasture — one just big enough to trap a newborn horse.

It turns out the baby had fallen directly into an ant’s nest! 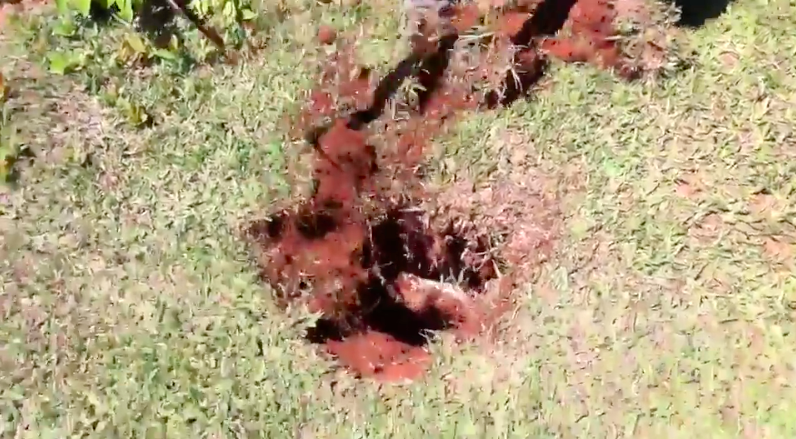 One of the farmers grabbed a hoe and began digging away at the dirt, widening the hole enough so they could pull the little guy out and reunite him with his worried mama. 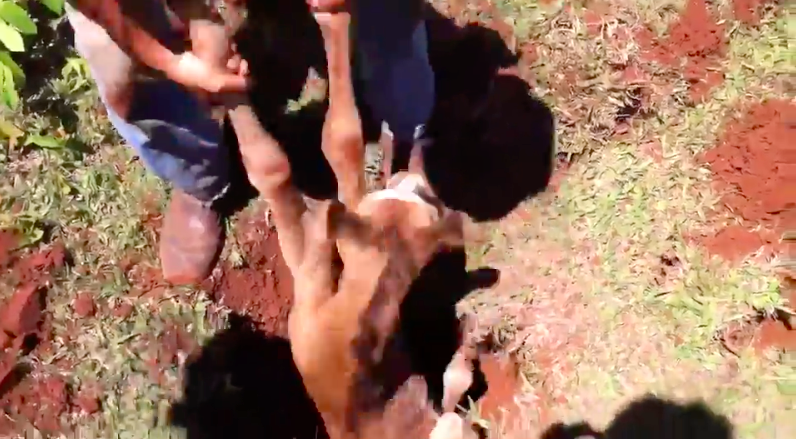 The whole time, she circled the men, worried that her baby wouldn’t get out in time.

Finally, Boneca and her baby could breathe a big sigh of relief. 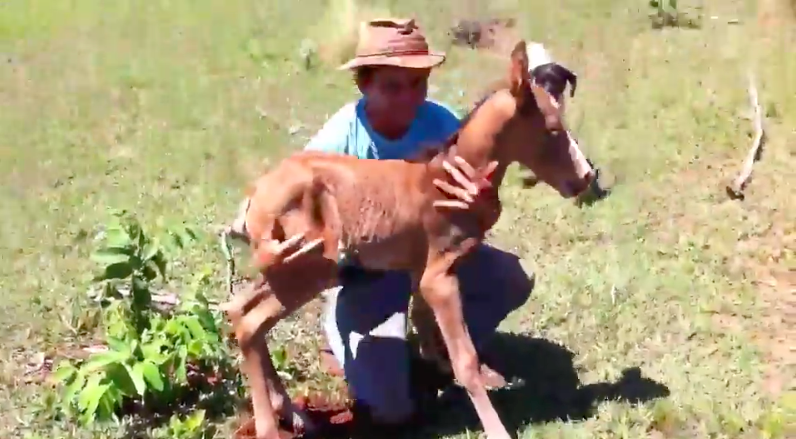 Of course, the foal (which the farmers decided to name Ant) had worked up quite an appetite during his harrowing ordeal and went directly to Mom for some much-needed nourishment … 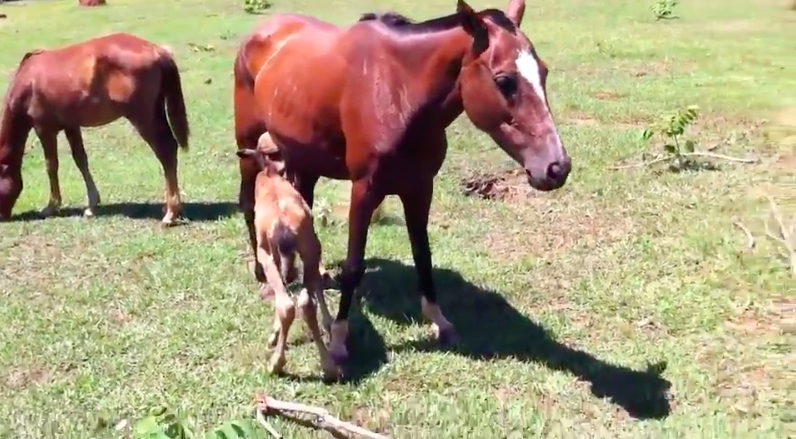 Watch the nail-biting rescue in the video below and share to spread some love for these farmers and this happy little family.