She loves Jesus, spaghetti, and the entire J18 aisle at Target.

She dances around her room to “Old Town Road,” and sings sweetly to her little brother while playing him nursery rhymes on the piano. She’s an “A” student, an avid reader, and wears her heart on her sleeve. She’s an open book of emotions and feelings.

At 5 years old, we began to notice “staring episodes.” Thinking she was daydreaming with that imaginative little brain of hers, we thought nothing of it. All kids find themselves lost in their thoughts and dreams. That’s all it was; it had to be.

Six months later the spells became more frequent. She could be animatedly telling us a story, and then -POOF!-

She would stop mid-sentence, staring ahead in a trance, moving mechanically, sometimes circling, only to snap back to reality, never skipping a beat. Repeating the last word on her brain and continuing through her story, she was always seemingly oblivious to what had just occurred.

I didn’t want to believe anything was wrong with her. My naiveté hindering her from getting proper treatment sooner. It wasn’t until months later when I did a simple Google search that I realized she was suffering from absence seizures.

On a chilly November day, I made the 2-hour drive to the closest pediatric neurologist where her head was covered with wires and her seizures were induced in order to study her brain. I watched as the wavelengths on the computer went crazy with each seizure. Even in her sleep, my sweet girl wasn’t immune to them. She had 15 petit mal seizures in one hour.

With a small smile, the pediatrician confirmed she was in fact suffering from absence seizures.

Never heard of absence seizures? You’re not alone. Until she began to show signs, prompting my Google search, I only ever knew of convulsion, or grand mal seizures. She wasn’t falling to the floor, writhing around, foaming from the mouth like the seizures I associated epilepsy with. She was just daydreaming. How could that be a seizure disorder?

“An absence seizure is a generalized onset seizure, which means it begins in both sides of the brain at the same time. An absence seizure causes a short period of “blanking out” or staring into space. Like other kinds of seizures, they are caused by brief abnormal electrical activity in a person’s brain.” (www.epileptic.com)

The good news ⁠— the doctor told us was that most kids grow out of them by the time they hit their teenage years.

“Most?” I asked, wondering about those that don’t. The reality setting in for me.

He sent us on our way with a prescription that would help control them, but not eliminate them. A few an hour instead of a dozen hour… “What a blessing,” I thought to myself sarcastically.

The entire drive home, all I could think about was the unknown. What if she didn’t grow out of them? She could never drive a car. She would have trouble holding down certain jobs. How would this disorder impact her in social situations?

I once forgot to hold her hand in a Walmart parking lot while getting her brother out of his car seat, and in that 5 seconds, she went into seizure mode, wandered down the parking lot, and was walking into a minivan that was backing out. I screamed, but in her fog, she couldn’t hear me. I bolted through the parking lot, snatching her arm, adrenaline pulsing through my body, fear setting in. Fear was quickly replaced with tears as I grabbed her and squeezed her to my chest. I don’t think I’ve ever been so terrified in my life. 5 seconds… it only takes 5 seconds.

Would someone always need to hold her hand at a crosswalk or in a parking lot?

Would this be her life forever? I pushed the thoughts aside, my anxiety making it impossible to function. I didn’t want to project my concerns and fears onto her. I knew I had to stay positive. Glass half-full, the power of the positive mind…that’s what she needed. It’s what I needed.

I still worry for her daily. The unknown is always hard for me to accept. I need reassurance. I need definitive answers.

But I don’t have them.

I can’t have them.

At least not yet anyway.

I mostly worry about her being teased for her seizures. Kids are cruel. We know this all too well already. I don’t want something that she cannot control to define the way her peers view her.

And in the tiniest space, in the very back corner of my mind, I worry that she won’t grow out of them. I worry that they realistically could turn into grand mal seizures, causing more harm than I can imagine. Seizure disorders are tricky. Epilepsy is not to be taken lightly. Very real complications can arise; life and death complications, as the world discovered last month after the death of Disney star Cameron Boyce.

But Izzy…she worries about nothing. She never skips a beat, never lets it get her down. She just sees the seizures as a nuisance. She would be bothered a lot less by them if she wasn’t forced to take yucky medicine twice daily. Is there anything worse for a kid than foul-tasting medicine? I think not. If you asked her, she’d tell you it’s a real form of a punishment!

Four Norths in the South

She’s normal in every way. A happy, upbeat 8-year-old with a heart of pure gold. Her seizures don’t define her. She’s got things to do, places to see, lives to touch. She doesn’t have time for these little “hiccups”.

I pray every day. The end has to be in sight.

She’s more than a seizure disorder.

This story originally appeared on Four Norths in the South 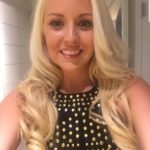 Whenever you're feeling down about your life it's a good idea to count your blessings. Just knowing that things could always be worse can lift your spirits, leading to a...