Music is good for us in so many ways. It brings us together, helps us express our emotions, and heals our souls.

For these reasons and more, Argentine cellist Jorge Bergero believes everyone should experience the beauty of live performances. Unfortunately, many people aren’t healthy enough to attend concerts. That’s why Jorge is teaming up with other professional musicians to bring music to those who need it most! 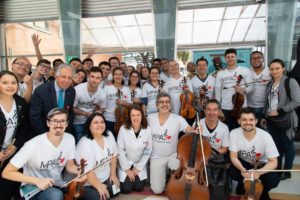 “Eugenia was a person who stood out in a crowd,” Jorge said in Spanish. “She was an amazing musician.”

He stood by her through her battle with breast cancer and watched the disease slowly take away her ability to play before she passed away in 2011. But no matter how bad things got, she never went without music! Jorge made sure of it by gathering fellow musicians and playing for Eugenia while she was in the hospital. 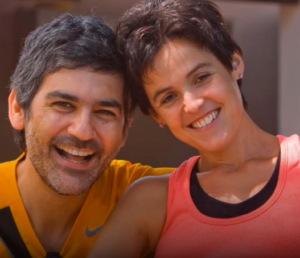 During that time, Jorge saw how much good the special concerts did for both the audience and the performers. So even after Eugenia’s death, he led the group to various hospitals, special education schools, and nursing homes in Argentina. 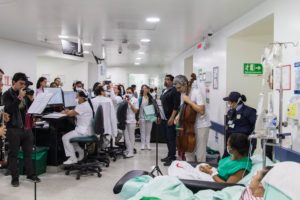 The more they played, the more they grew! Soon the group that had started with just 10 people had enough members to spread beyond Argentina’s borders. So far, Música Para el Alma has traveled to 10 countries on three continents and is made up of more than 2,500 musicians!

The organization puts on 70-80 concerts a year, bringing joy to countless people with terminal illnesses and special needs. Everything is done in Eugenia’s honor, and it’s all free of charge!

“The music lights them up and makes them happy,” Jorge said. “It’s very powerful.” 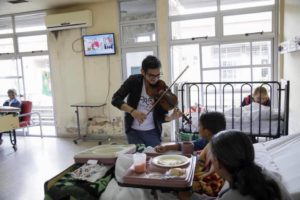 Music has an indescribable power, especially for those who are facing hard times. What a beautiful way to carry on Eugenia’s legacy!

Listen as the orchestra plays for a little boy in a Colombian hospital below, and share to spread their gift of music. If you want to learn more about the organization, check out their book here.