What began as a fun camping trip in Boulder, Colorado, quickly turned into a frantic search for a beloved pet.

Dogs are curious creatures, and Mowgli is no exception. In early June, the yellow Labrador ventured out near the Coulson Gulch Trailhead with friends of his owners. When they reached the campsite, it wasn’t long before they realized the pup was missing. 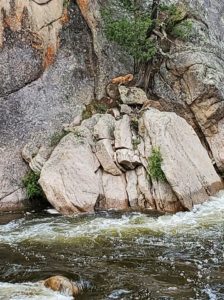 Mowgli’s parents joined their friends and combed the surrounding area for three days. Finally, they spotted the poor dog stranded on some high rocks.

After Mowgli wandered off, he likely fell into North Saint Vrain Creek before climbing up the 20-foot rock wall, trapping himself in the process. While he must have been scared, he appeared surprisingly calm to the rescue swimmers who crossed the water to join him. He must have known they were there to help! 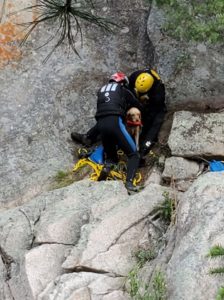 They set up a rope system to send Mowgli safely across the creek in a harness. Thanks to their teamwork, he was back onshore less than 30 minutes later. Even better, he wasn’t injured at all — just hungry and thirsty. 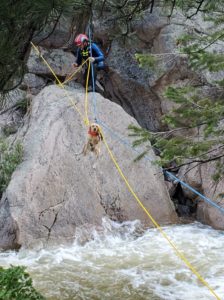 After getting some much-needed care, Mowgli finally saw his family again. They had never once given up on him and were overjoyed to see him.

“If not for the dedication of Mowgli’s family and friends to find him, it is unlikely he would have been found in time,” the Boulder Emergency Squad wrote. 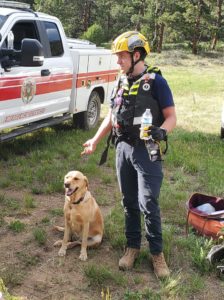 While this is true, we have to commend everyone involved in helping this sweet boy return home! We’re sure Mowgli would agree! 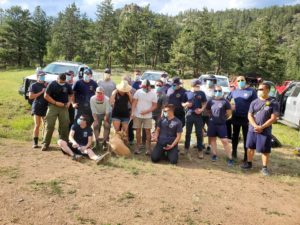 We’re so glad this story has a happy ending! It also serves as a good reminder for every pet parent. We need to keep a close eye on our beloved friends when we go camping. That way, we can always keep them safe!