Graduating from college is a major achievement that deserves to be celebrated. But for millions of graduates, the milestone also comes with financially crippling baggage: student loan repayment.

It’s a burden many students willingly take on because, frankly, it’s the only way they can get a higher education. But imagine how amazing it would feel to receive your diploma without the heavy cloud of debt darkening such a joyous event. That’s the best graduation gift anyone could ask for — and one that just shocked hundreds of students in Atlanta, Georgia. 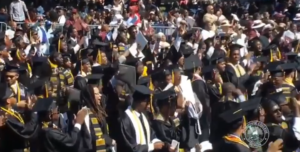 In May, Morehouse College held their commencement for the 400 graduates who make up the Class of 2019. Robert Frederick Smith, billionaire founder and CEO of investment firm Vista Equity Partners, served as their commencement speaker. He had plenty of wisdom to share… along with life-changing news. 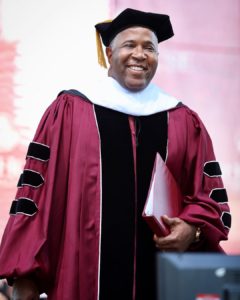 You see, Robert isn’t only known as the billionaire investor. He’s also earned his reputation as a philanthropist. Not only did he donate $50 million to his alma mater, Cornell University, in 2016, but he also promised a $1.5 million gift to Morehouse. And his generosity didn’t stop there. He wanted each of the Morehouse graduates to have a clean slate as they embarked on their individual paths. So he made their biggest $40 million hurdle disappear — and their jaws drop. 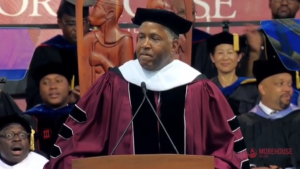 “On behalf of the eight generations of my family that have been in this country, we’re gonna put a little fuel in your bus,” Robert announced during his speech. “This is my class, 2019. And my family is making a grant to eliminate their student loans. I know my class will make sure they pay this forward…and let’s make sure every class has the same opportunity going forward because we are enough to take care of our own community.”

Then, the entire Class of 2019 erupted in cheers. To hear their student debt was now a thing of the past was almost too much to process. People turned to each other as if to check whether this was actually happening. It was that unbelievable. 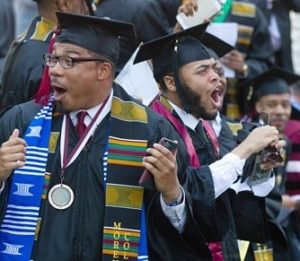 Robert was never obligated to share his wealth, but in doing so, he’s proven himself as so much more than a smart, prosperous businessman. He’s a role model for others in his financial position as well as for the students whose lives he changed for the better. Here’s hoping they pay it forward when they find success in their own careers.

Watch as graduates dance to celebrate the weight taken off their shoulders in the clip below, and share to spread the joy.