If you’ve seen “The Parent Trap,” you know how painfully obvious it can be that two people are related. That was certainly not the case for two adorable puppy siblings when they accidentally crossed paths one day in England!

Monty the cockapoo was out on a stroll with Dave, his human dad, when they passed a couple walking a cockapoo named Rosie. Under normal circumstances, the humans, who knew each other in passing, would have waved and said a quick hello, but instead their pups rushed to greet each other! 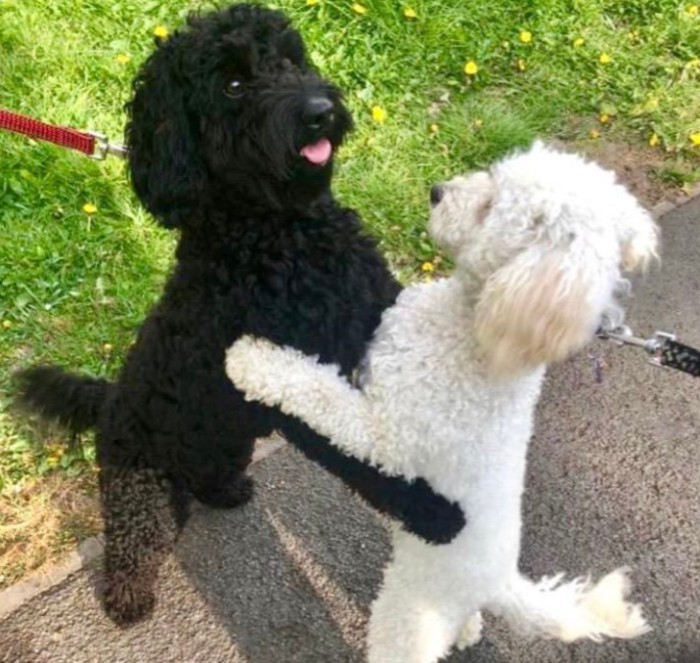 As the sweet dogs shared a joyful reunion, their parents realized something special was going on! After talking for a bit, they realized the puppies came from the same litter and were separated as babies. Even though 10 months had passed, they could still recognize each other!

“There were six puppies, but Monty and Rosie were always together,” Susan Killip, Rosie’s mom, said later.

While Susan and Dave already knew each other, they lived in different areas and hadn’t been able to catch up because of work commitments and COVID-19 restrictions. But for their sweet pups, it was like no time had passed at all! 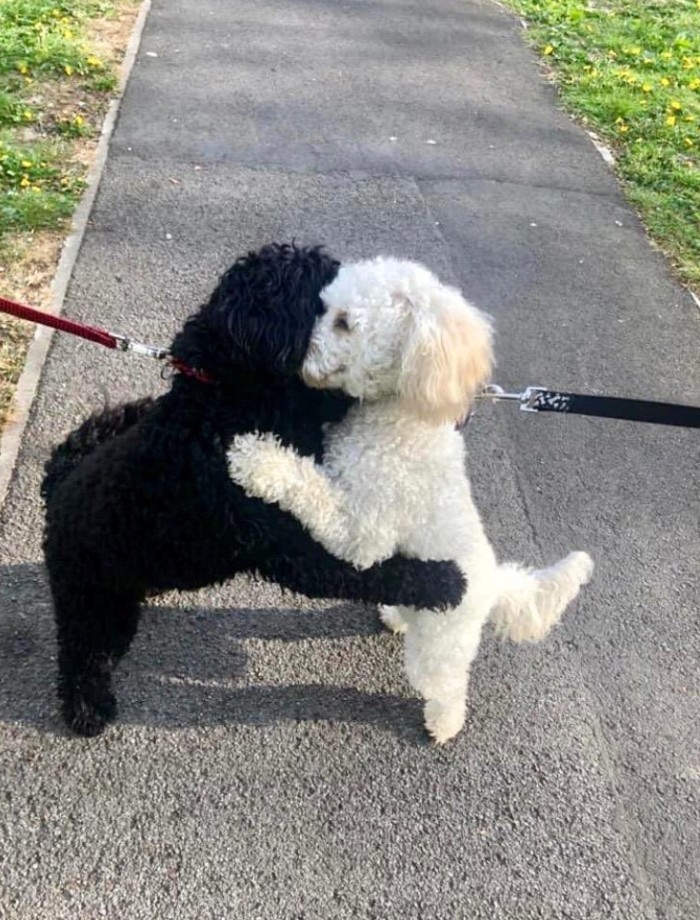 Eventually, the adorable pictures the pups’ parents took made their way to Libby, the daughter of Dave’s friend. She couldn’t resist sharing the heartwarming story on Twitter, where it quickly went viral.

Best of all, Monty and Rosie will be reunited again soon!

“When we are allowed to go out and meet people again, we are going to meet up,” Susan said. “As it’s nearly Rosie and Monty’s 1st birthday, hopefully we can do something to celebrate it together.”

pls look at what my dad sent me this morning I cannot even😭❣️🐶 pic.twitter.com/QTy5J8uEwZ

That would be the best birthday party ever! We’re so glad these precious pups were able to find each other after all this time.

Share the love with a friend today, and check out the Coronavirus Good News Dashboard for more stories of joy and hope.