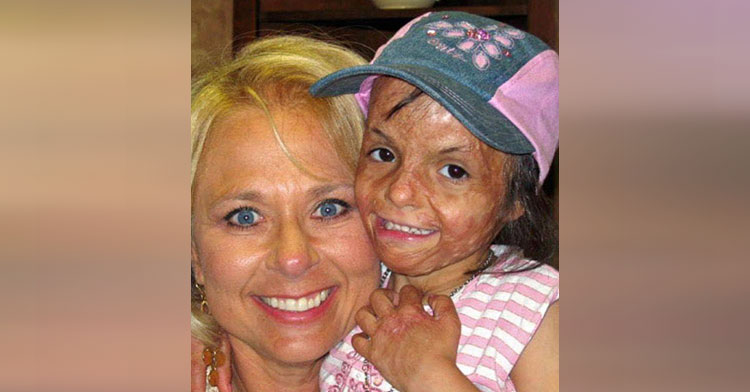 Hearing all Teeba Marlowe has endured, people might feel sorry for her. But ask the 17 year old, and she’ll tell you she’s lucky because of the two most important women in her life.

Teeba grew up in war-torn Iraq. At just five years old, she suffered horrific injuries after being caught in an explosion in 2007. Her head and face were covered in second- and third-degree burns, and she lost her hair. 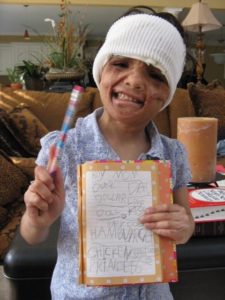 Permanently disfigured, the little girl feared she’d be bullied the rest of her life. But in what seemed like a twist of fate, a woman she’d never met learned of her plight and decided to act. Thousands of miles away in Cleveland, Ohio, Barbara Marlowe saw a photo of Teeba and her father in a newspaper article covering the war in Iraq.

“Teeba’s eyes were so compelling it was as if they were saying, ‘Help me,'” Barbara said. 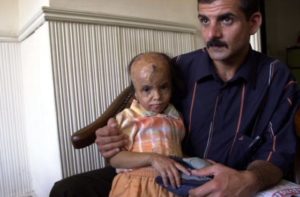 Barbara and her husband Tim can’t have children. But she knew she could help Teeba in a way Teeba’s family couldn’t. From that moment on, she threw herself into giving Teeba a better life, securing visas, contacting surgeons, and getting in touch with the family.

Heartbroken as she was, Teeba’s mother in Iraq made the selfless decision to send her daughter to the U.S. — and into Barbara’s waiting arms.

“I definitely felt very safe and very loved from the moment I stepped off the plane into America. Everyone just wanted to help me,” Teeba said. 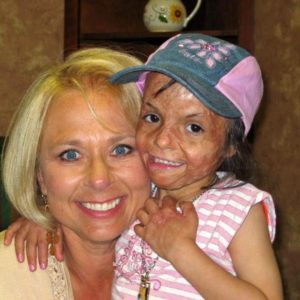 In the following years, Teeba underwent 19 surgeries and grew to love her second family, not only for opening their home to her, but also for giving her the incredible gift of a normal life.

“I remember crying because I never thought I would hear those words. Hear someone call me ‘Mom,'” Barbara said. But Teeba never forgot her other mom, whose sacrifice turned her life around. 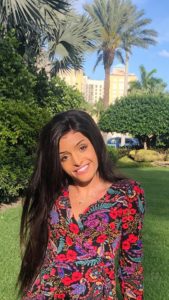 The teen had the absolute joy of seeing her Iraqi mom again in 2015 when Barbara arranged an emotional reunion for the trio. To Teeba, both women are equally, irrevocably her mothers, no matter their distance or living situation. 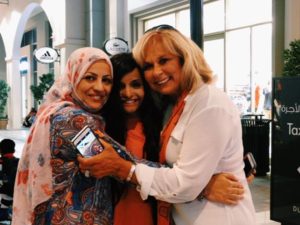 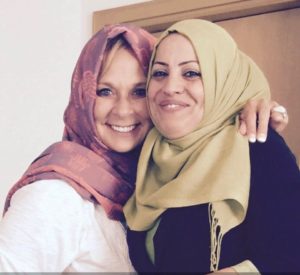 Now Teeba hopes to inspire others with the book she and Barbara wrote about her story, called “A Brave Face.” She’s also looking forward to attending college. With both of her moms’ help in leaving her scars behind, Teeba has a very bright future ahead of her.

Learn more about the teen’s story in the video below, and share to help her inspire more people!