When Lashonda Martin-Pugh’s oldest son Daniel Jones Jr. began experiencing kidney failure, she felt helpless. As a mother, all she wanted to do was to fix everything for her baby, but there wasn’t much she could do.

Daniel was just 4 years old when he was diagnosed with Alport syndrome, a genetic condition which can affect a person’s hearing, vision, and cause kidney disease. In 2017, Daniel had to start undergoing dialysis three times a week. One of his kidneys was failing and he needed a transplant. 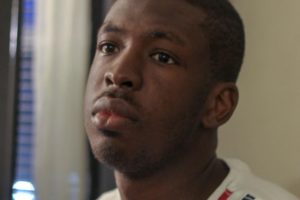 So the South Carolina mom did the only thing she could think of — she had her minivan wrapped with a message asking anyone to consider donating a kidney, adding Daniel’s blood type and a phone number to call. She spread the word wherever she drove — and it ended up saving the 24-year-old’s life. 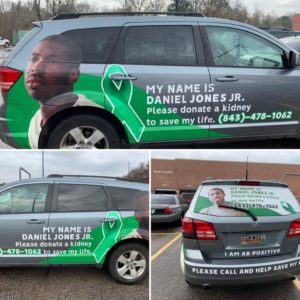 It was at a West Ashley Walmart (Lashonda’s employer for the last 14 years) where Starr Gardy first noticed the minivan in the parking lot. She was just out on a typical grocery run, but when she read the message, she felt compelled to act.

“I can’t really explain it; it just completely moved me,” Starr, a mom herself and complete stranger to Daniel, later said. “I took a picture of it and I went in Walmart and I was shopping, and all I could picture was someone in there who had this weight on their shoulders.” 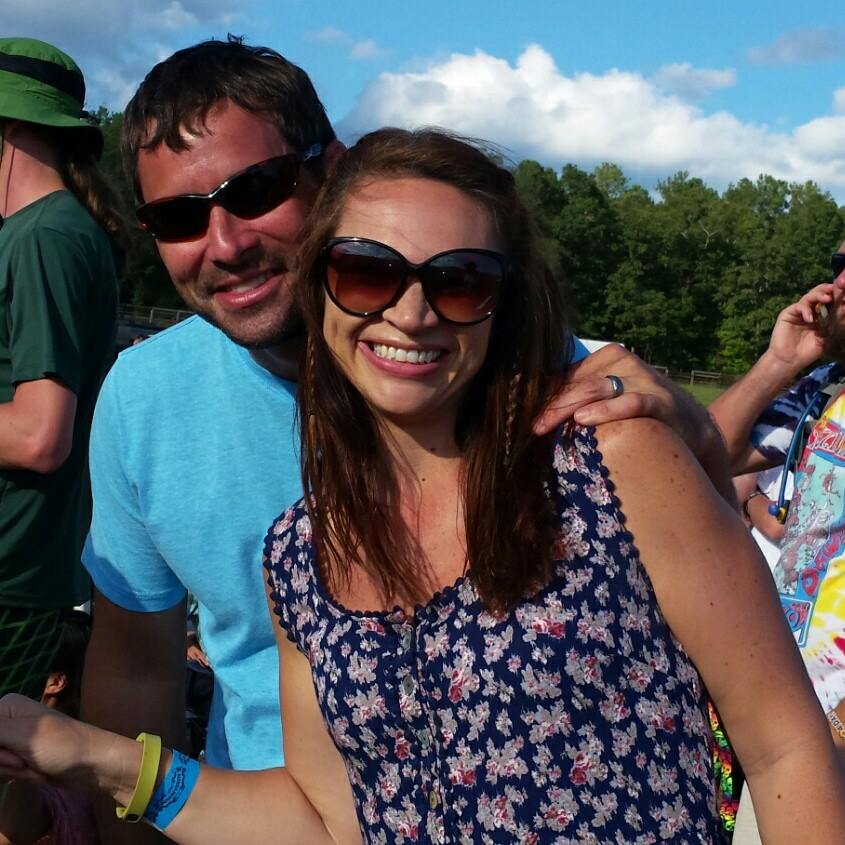 That photo stuck with her until it was settled in her mind. She would get tested, and if she turned out to be a match, she’d give Daniel one of her kidneys. And, amazingly enough, she was a match. After several months, both Starr and Daniel underwent a successful transplant surgery… and in May, the two met in person. 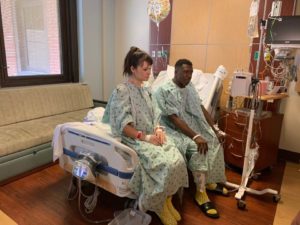 Organ recipients normally don’t ever find out who their donors are, but it just so happened that Starr and Lashonda’s families ran into each other in the hospital waiting room. Now Lashonda and Daniel consider Starr and her husband Matt family. Lashonda wrote on Facebook that she’ll be forever grateful to Starr “for giving my son a second chance at life.” 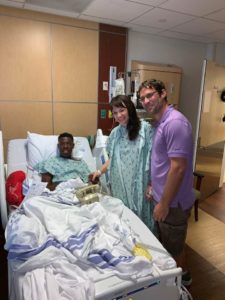 And Daniel, of course, feels the same way. “It’s a lot knowing that I have her organ in my body,” he said. “We’re family now. She’s not just a stranger anymore; she’s my aunt.” 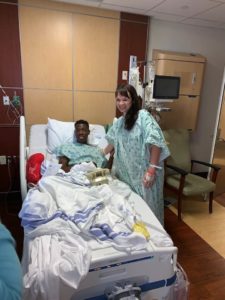 Thanks to Lashonda’s smart thinking and Starr’s selfless act, Daniel won’t have to worry about waiting years on the transplant list for his turn. It takes an incredibly special person to give a part of their body to someone else, especially a complete stranger! If you’d like to add to her gift and help support Daniel’s recovery, consider donating to his GoFundMe page.

Share this story to encourage others to save more lives by becoming a donor.