There are no words that come close to describing the pain of losing a child.

Candy Scarbrough of Corryton, Tennessee welcomed her son Tucker into the world in 2005. His life was an uphill battle from the start. He was born with multiple heart defects and required several surgeries before he ultimately passed away from a stroke when he was 3. Candy misses him every day, but she’s found ways to keep him close. 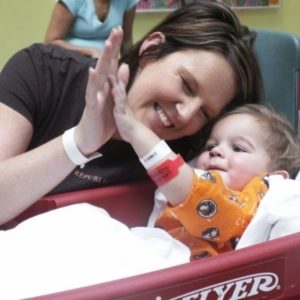 One way she does this is by posting memories of Tucker on Facebook. A common theme in many of the pictures is Tucker’s favorite toy, a beloved Elmo doll he called “Melmo.”

“He was an ‘Elmo’s World’ kid,” Candy told GMA. “He had an Elmo chair in his room, and he carried Elmo everywhere he went.” 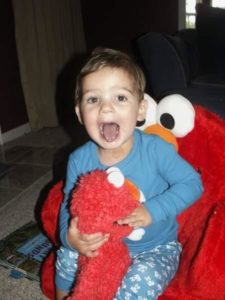 Melmo was always there to comfort Tucker during good and bad times — until he went missing in 2007. Candy had taken her son to a mall photography studio in Knoxville to have his photo taken, where Tucker accidentally left Melmo behind. Candy searched tirelessly but never found the special doll. Tucker was so devastated she had to replace Melmo with a new doll. 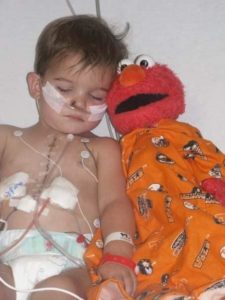 In June 2019, Candy recounted the story of losing Melmo on Facebook, sharing an image of Tucker with his toy. She probably didn’t expect anything to come of it, but then she received a message from her photographer friend Megan Flanagan, who used to work in that same studio!

In the message, Megan said she still had an Elmo she’d discovered there years ago. That Elmo, she added, “was a smile-making tool” that she’d used with countless children having their pictures taken, so when she left the job, she took the doll as a keepsake. “Has this story come full circle?” she asked. “Could this be his Elmo?”

It was! Megan returned the precious token to Candy on September 19, the day before what would have been Tucker’s 14th birthday. 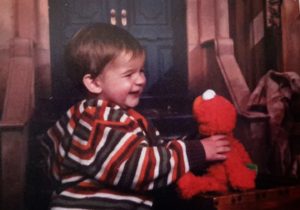 Candy said bringing Melmo home felt like “some kind of ‘Toy Story’ scene” and thanked Megan “for making my heart smile big on this special day.”

“To get Elmo back after all these years was somehow like getting a piece of Tucker back,” she explained. “It was almost like getting a message from him, reminding me of his life and taking some of the heaviness off death.” 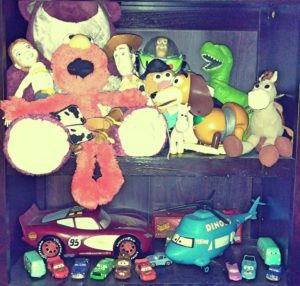 It’s no wonder Tucker loved this doll. Melmo has brought smiles to so many faces, including the person who needed one the most — his mom.

Spread their love by sharing this beautiful story.