A Kansas City mom uploaded a Facebook status earlier this week, and the post has already been shared over 18,000 times in three days. The post was in response to a body-shaming stranger who stopped her at the pool and told her to consider a one-piece but this mom had some wise words in reply.

The mom, named Lexi Sinclair had just delivered her baby, Christian, 4 months ago. She had taken her infant to the neighborhood pool for a relaxing day of mommy-baby bonding when a woman approached Lexi and told her that her 2-piece swimsuit made the men at the pool uncomfortable. Later that day, Lexi posted a picture of herself in the swimsuit with this caption:

So today I took my 4 month old son to the pool. While putting Christian’s pool hat on, a woman (maybe mid 50s) comes up and makes conversation with me about Christian. Asking me his age, how much he weighs, how he sleeps, etc. She then proceeded to tell me that the men at the pool would feel more comfortable if I was in a one-piece swim suit because a bikini isn’t appropriate for a mother, especially one who’s “still recovering.” Anyone who knows me knows I had a few words for this crazy… woman. But instead I just smiled, kissed my son and told her, “I’m proud of my body. In just one year I’ve gained 50 pounds, and lost 37. I’ve grown a human and given birth to a beautiful miracle. My body provided food for my child. So, no, my body might not be the best sight for other men to see. My stretch marks and tummy pudge might not be sexy. But they’re proof that I’ve done something amazing, and I have a man that loves me and finds me even sexier and more beautiful now. 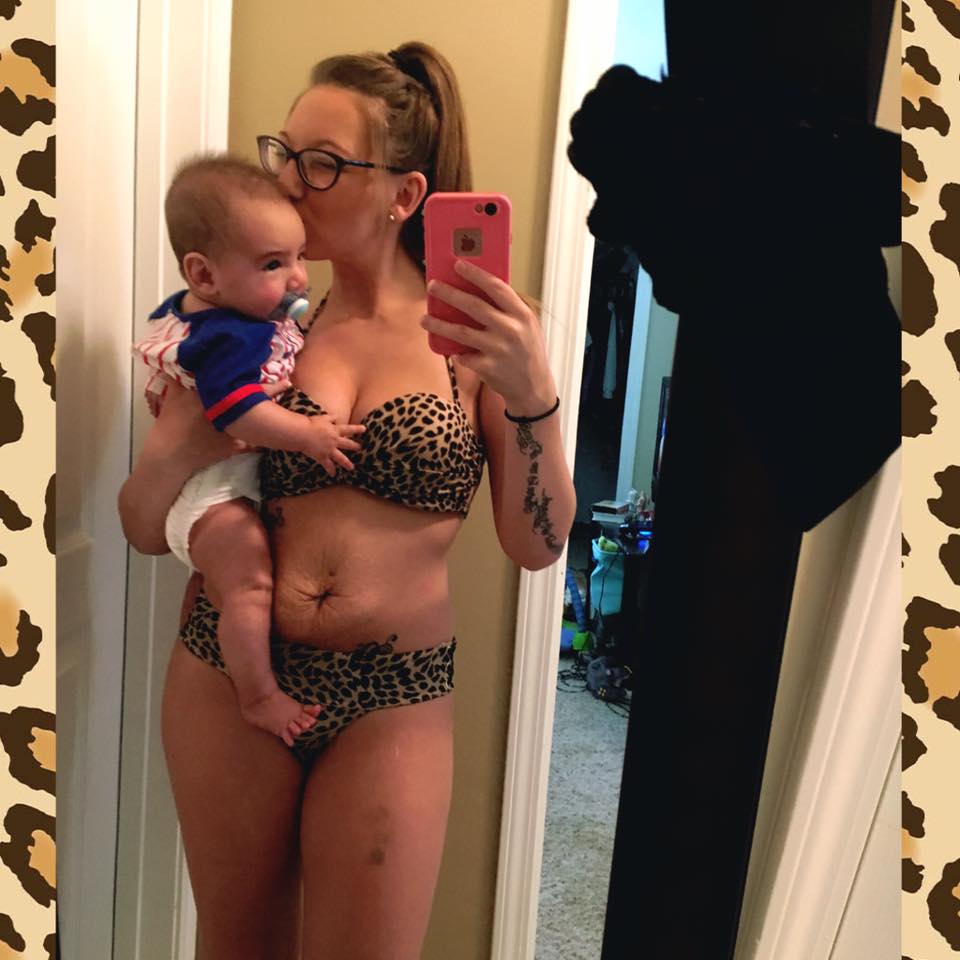 Along with the picture and caption, Lexi added the status “feeling proud.” And she has every right to be!