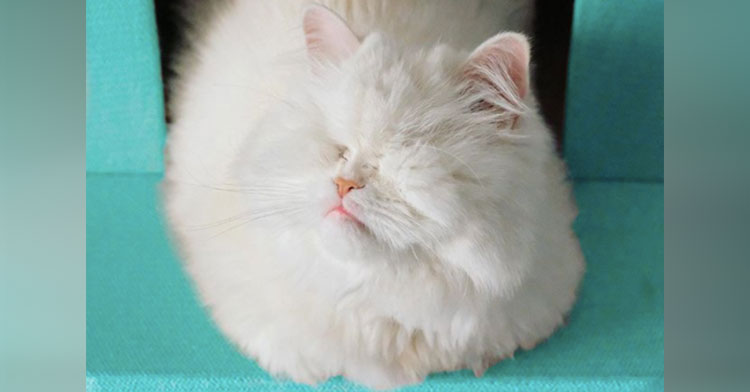 Blind Persian Cat Is Living Like A Queen After Rough Start T...

Moet the cat is the star of her very own “Cinderella” story.

She was born out of the unscrupulous practices of an unlicensed Persian cat breeder and placed in a pet store to be sold. There, the lack of quality food and water left her incredibly sick. By the time animal rescuers reached her, her eyes were so badly damaged that they had to be removed. 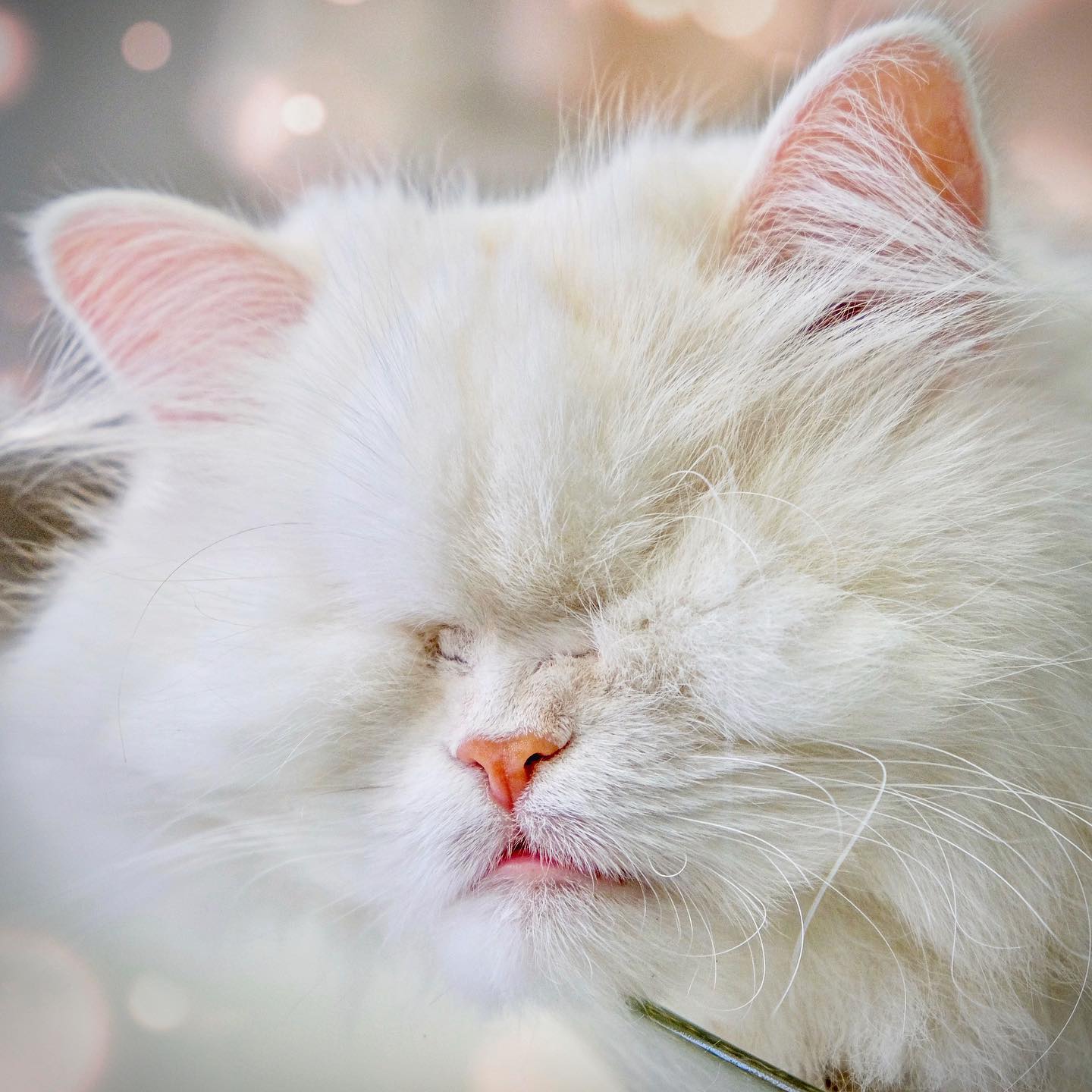 Eventually, Moet was taken to an animal shelter in Oman, where she met Emily Shotter for the first time. Emily fell in love with the blind cat right away. She adopted her and vowed to give her all the love and comfort she had missed in her earlier life!

Emily named her Moet after the champagne because of her buff-colored coat. She said Moet is just like any other cat, except that she’s a little more attached to her mama than the average feline.

“If I’m ever on the phone… well, nightmare,” Emily said. “She doesn’t like me speaking to others, so the squeak-meow gets voiced loudly and without a break. And in fact, when I’m on work video calls or in virtual meetings, she can typically be heard in the background. I never know whether to laugh or apologize!” 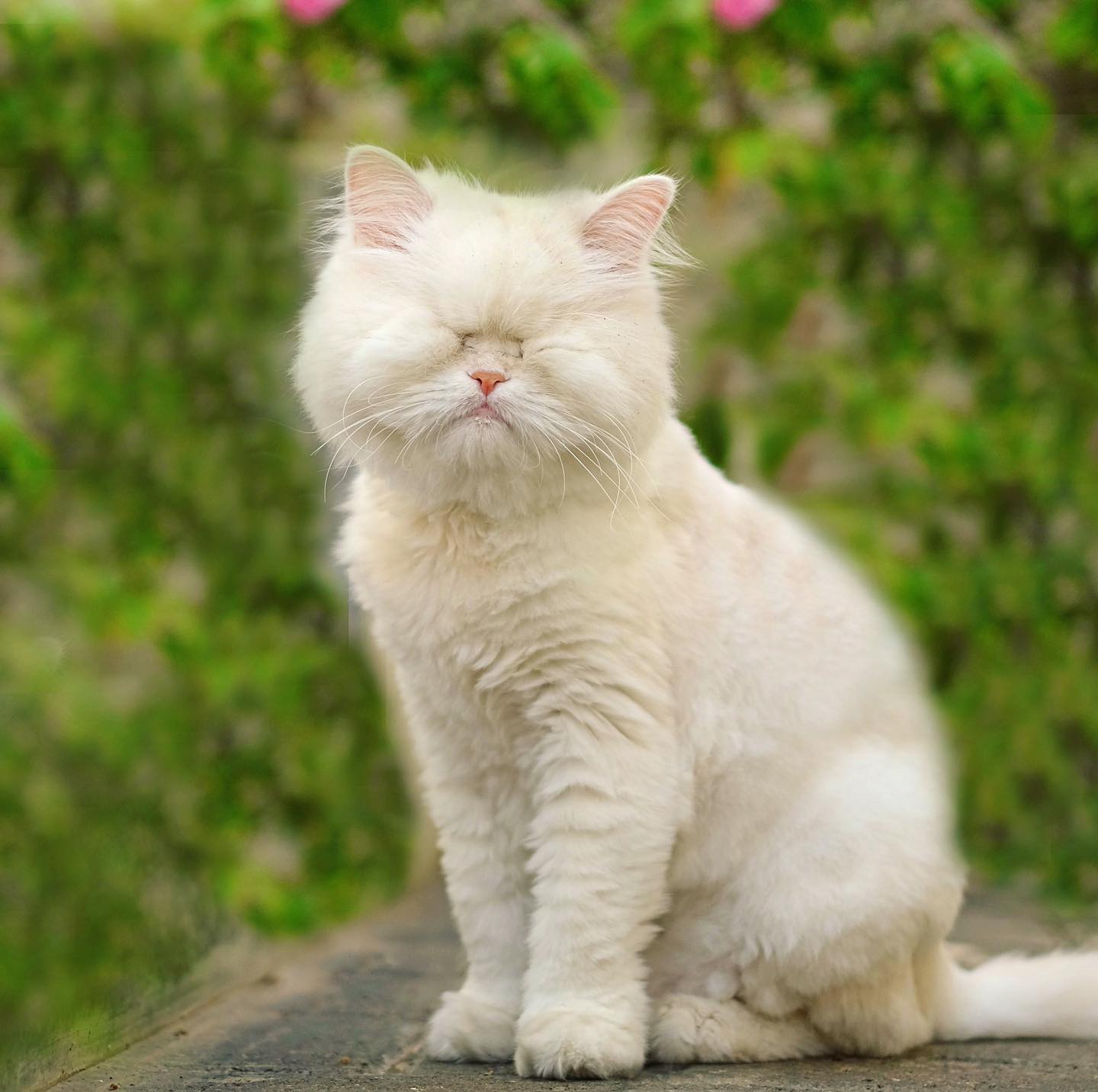 Moet is playful and talkative around the house. She loves playing with her cat sister Luna, and Emily makes sure she has plenty of mental stimulation to stave off boredom.

Her other favorite hobbies include getting treats and spending time out in the garden, which Emily enclosed so she can safely enjoy the great outdoors. 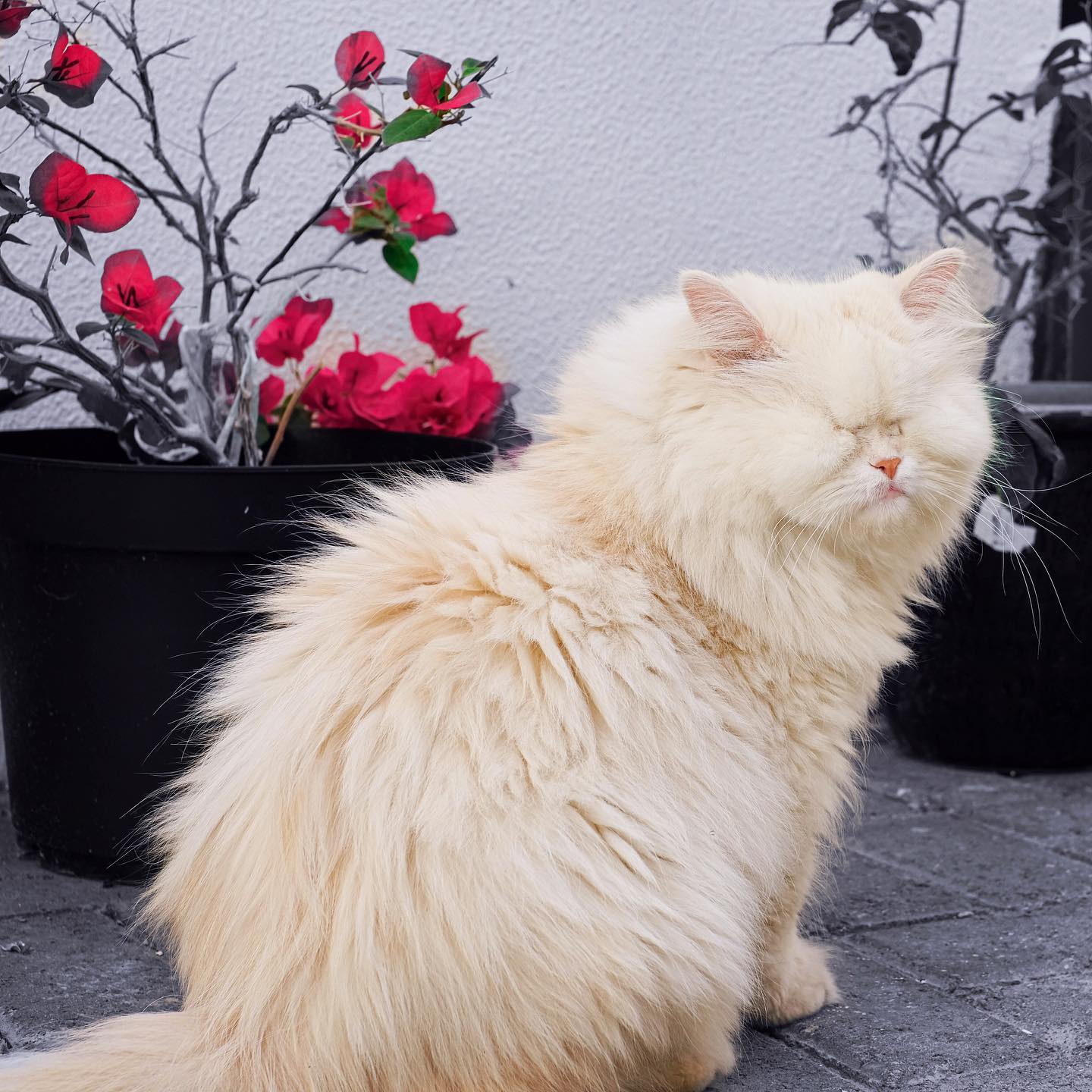 The cat is clearly quite beautiful, which is part of the reason she has such a huge following online. The more important explanation is that Emily has turned Moet into an ambassador for their new charity, a volunteer group called Omani Paws.

Their mission is to take in stray dogs and cats and give them medical attention before finding them the perfect forever home.

Moet is a wonderful ambassador, who doubles as a TikTok and YouTube star. She’s also the subject of a new book called “Moet’s Rules For Cat Owners.” All the proceeds from her online store and book benefit Omani Paws. 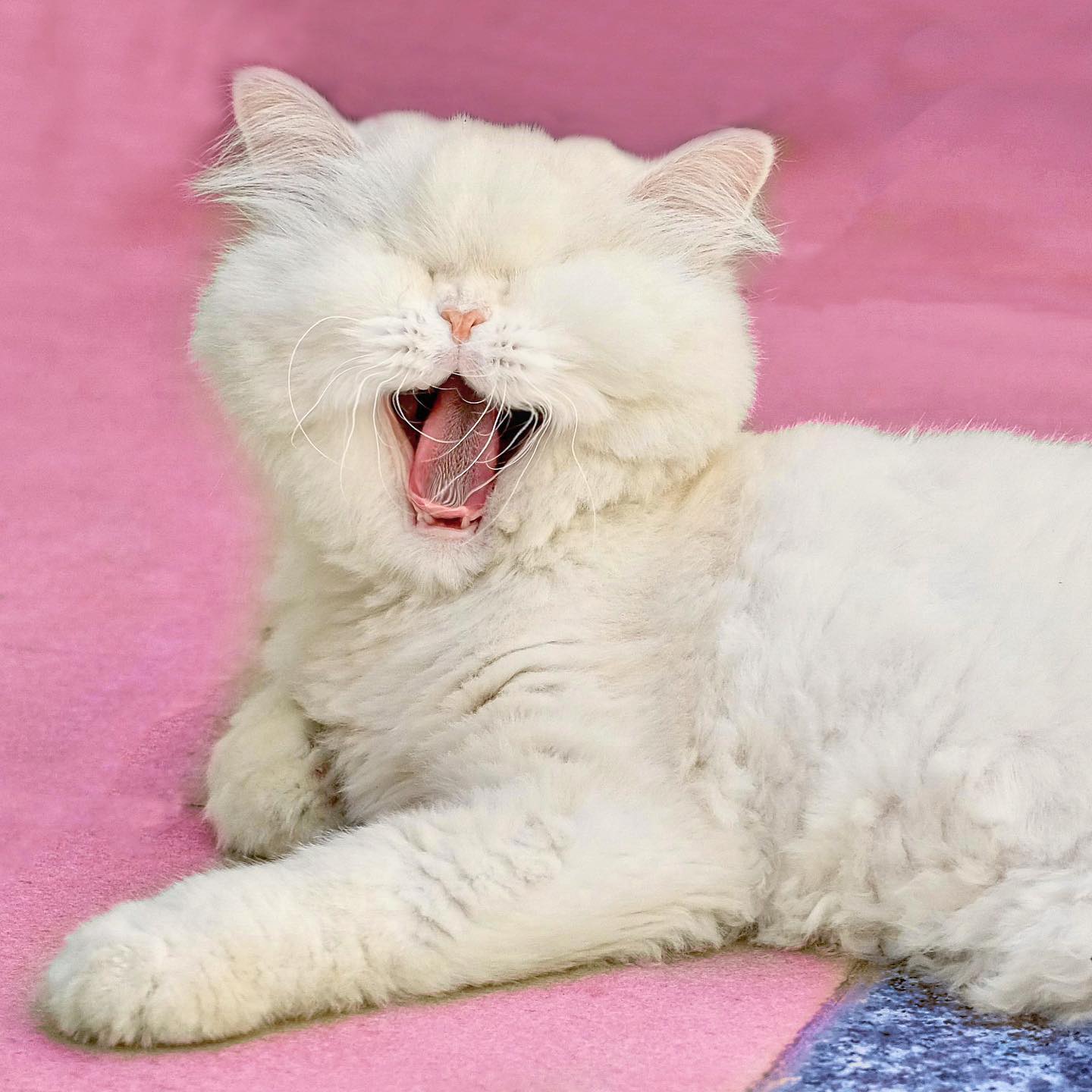 This cat went from leading a life of neglect and pain to helping other animals leave the streets behind! If that isn’t a real-life fairy tale, we don’t know what is.

Share this story to introduce a friend to Moet.