That’s why it seems as if fate played a part in his recent decision to do just that. Along with the 7th and 8th graders who make up his volleyball team, Elliott ran the bridge for practice on April 4. None of them could have predicted the incredible act of heroism that would take place there.

During their workout, the middle-schoolers noticed a woman climbing over the edge of the bridge. Seconds later, she was gearing up to jump off.

“We’re walking up and she waves at us so we wave back and by the time we looked away and then look back, she’s already hanging off — like full-on hanging off, just one arm holding her up,” 12-year-old Branden Ezell recalled. 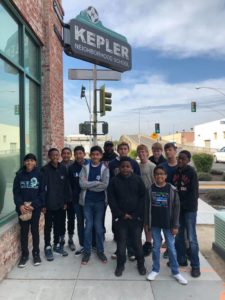 The kids immediately alerted their coach, who told them to “tell her her life matters” while he called 911. They did just that, begging the woman to rethink her decision. According to 13-year-old Joshua Velasquez, his teammate, 13-year-old Elijah Gomez kept chanting affirmations including, “Your life is worth it, no matter how much things are happening in life, you always gotta think about the positive, you gotta count your blessings.” 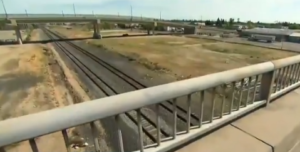 The others joined in and continued for 10 minutes until finally, the woman lifted herself back onto the bridge. Police arrived shortly after and learned that she had been trying to commit suicide, but changed her mind as a direct result of the boys’ kind words. Fortunately, she’s currently getting the help she needs.

Now the boys are being hailed as heroes by the police and their community — as they should!  Elliott couldn’t be more proud to call himself their coach. “We pour our hearts into the lives of these kids every day and they stepped up in a way they’ll never forget,” he said. “I’m so proud of them.” 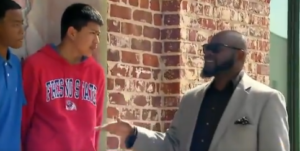 Learn more about the team’s lifesaving actions in the video below. Share this story as a reminder to everyone that they aren’t alone. Help is always available.

This group of middle school students in Fresno, CA saved a woman from jumping off of a bridge. pic.twitter.com/Fwza1pvMht