Yesterday the Rockefeller Christmas tree was cut down and began its journey to 30 Rock; that same day, Starbucks officially released its holiday red cups. You know what that means? Christmas season is here. Ever since October of 2011 when Michael Bublé released his hit album Christmas, the holidays have practically belonged to him. But this year, things are different. Despite the high demand, Michael Bublé is stepping away from his work. He needs to be with his family.

Unfortunately, he isn’t taking the time off from his superstar career to enjoy fun, quality time; he’s taking the time to be with his sick son. Noah– Michael’s 3-year-old son with Argentinian actress and model Luisana Lopilato– was recently diagnosed with liver cancer. 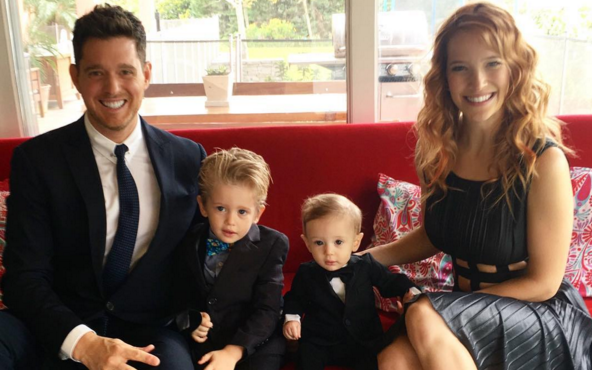 Noah is currently undergoing four months of chemotherapy with his loving parents by his side. Doctors have told Michael and Luisana Noah has a 90% chance of survival after treatment.

Luisana’s sister, Daniela Lopilato, calls little Noah a “warrior.” “If God wanted it to be discovered that way, it’s because he wants to save Noah… Cancer is a horrible illness but we have faith in Noah being able to overcome this,” she said to an Argentine magazine. “My nephew is a warrior.” 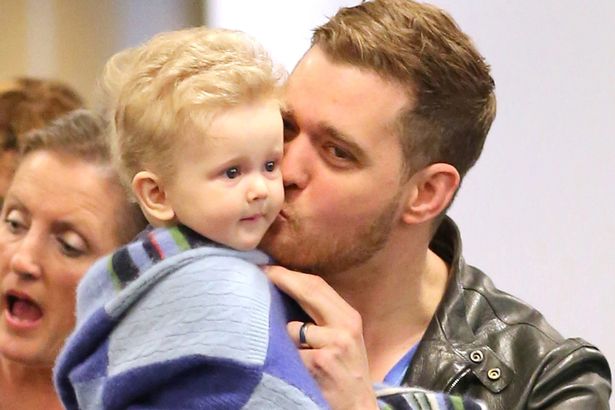 Michael and Lusiana together released a statement following the diagnosis:

We are devastated about the recent cancer diagnosis of our oldest son Noah who is currently undergoing treatment in the US. We have always been very vocal about the importance of family and the love we have for our children. Luisana and I have put our careers on hold in order to devote all our time and attention to helping Noah get well.

What a beautiful picture of parental love and support. No matter how much demand Michael Bublé is in this holiday season, he’s putting everything aside to be there for his family.

Below is a video from last December of Michael and little Noah singing together at one of his concerts.