Running marathons is definitely not for everyone. It takes a ton of training, athleticism, and resolve to run 26.2 miles without giving up.

Some runners don’t make it across the finish line because they’re just too exhausted. Physically, they can’t do it. But quitting wasn’t an option for Micah Herndon, who was determined to finish his first marathon even if he had to crawl on his hands and knees. 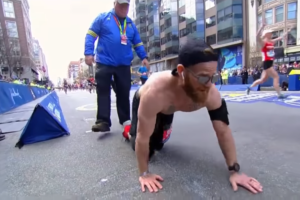 Micah’s motivation for completing the 2019 Boston Marathon was so much more important than proving he could do it. The 31-year-old from Tallmadge, Ohio, is a U.S. Marine veteran who, in 2010, survived an explosion in Afghanistan. But it took the lives of his three comrades — Mark Juarez, Rupert Hamer, and Matthew Ballard. 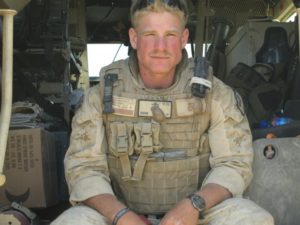 Those are the names Micah wore on his shoes (and wrote on his hand in ink) as he gave everything he had during the race. He ran in memory of the men who served alongside him, honoring their bravery and sacrifice. 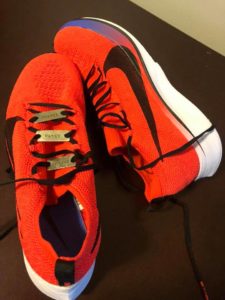 Unfortunately, Micah collapsed before the end, knees locking up. But he didn’t care. He was going to finish. “The pain that I was going through was nothing compared to the pain they went through,” Micah later spoke of the fallen heroes. So he started crawling. 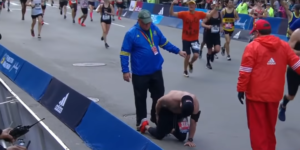 Micah says every time he felt like throwing in the towel, he kept repeating the three men’s names in his head. Juarez. Hamer. Ballard. The mantra gave him strength, and he kept putting hand and knee in front of the other. 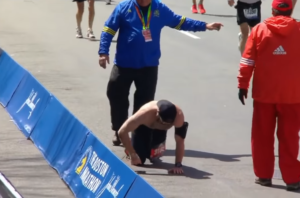 Finally, Micah crossed the finish line with a time of three hours and 38 minutes. But the time wasn’t important to him; he was happy knowing he made good on his promise to pay tribute to the men who are no longer here. 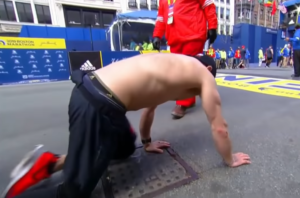 We can’t fathom the courage and fortitude it took for Micah to crawl all that way, let alone serve as a Marine. Thank you so much for your service, Micah. May your fellow Marines rest in peace.

Watch Micah’s incredible display of inner strength in the video below, and share to honor the lives of Mark Juarez, Rupert Hamer, and Matthew Ballard.