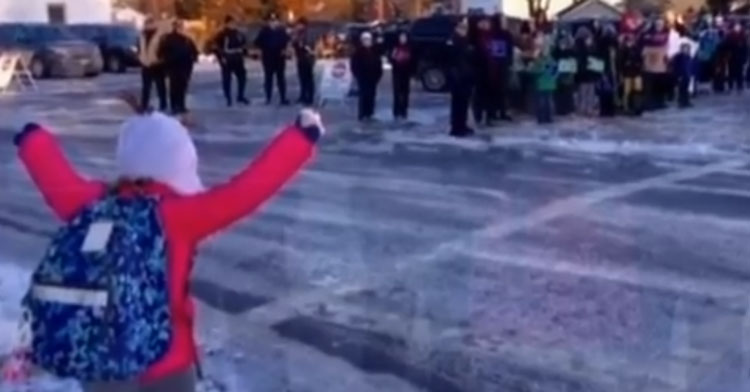 Bridget Kelley absolutely loves school. So the first time she had to stay overnight in the hospital, the first thing she worried about was having to miss it.

Unfortunately, that overnight stay wasn’t a one-time thing. She ended up missing more than an entire year.

In the fall of 2016, not long after she’d started the second grade at Merrymount Elementary School in Quincy, Massachusetts, Bridget was taken to an appointment at Boston Children’s Hospital so doctors could have a look at an enlarged tonsil. But an MRI revealed a much more serious problem, acute lymphoblastic leukemia, and she was immediately admitted. 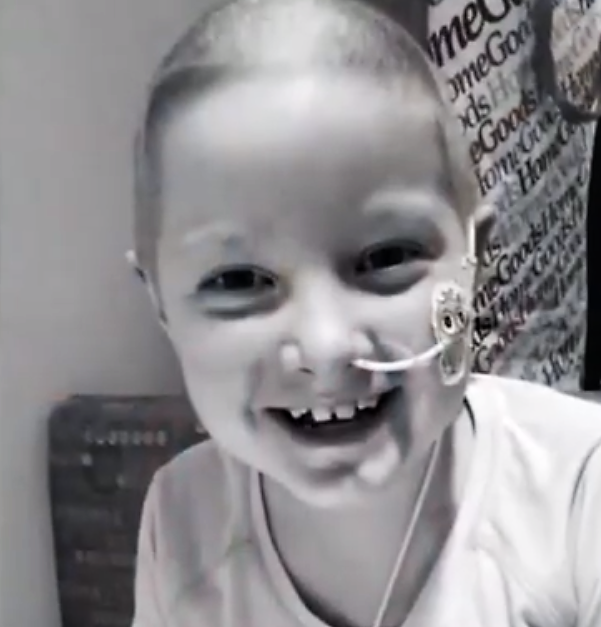 During the next 15 months, the young girl was kept in virtual isolation as she underwent treatments to fight the cancer, including chemotherapy, surgeries and a stem cell transplant from her younger sister.

But their neighbors and other community members remained vigilant and supportive, delivering meals to the family and organizing fundraisers to help offset the costs of the treatments, as well as for cancer organizations. 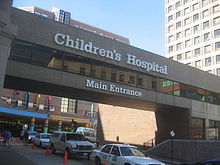 Bridget’s parents knew how important school and her friends are to their little girl, so they made sure she kept up with her schoolwork. That not only helped maintain a sense of normalcy but would also ensure she could eventually rejoin her classmates once her treatment was complete. 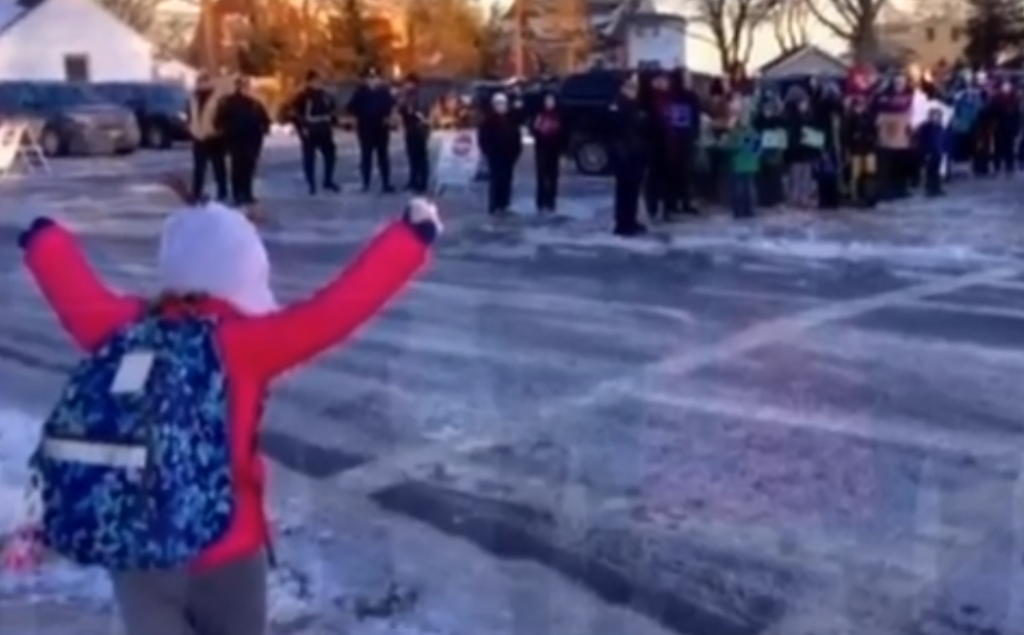 Now cancer free, 8-year-old Bridget was finally able to return to school on January 2. And to mark the momentous occasion, a family friend helped organize a massive “welcome wagon” that drew more than 100, including children, parents and even local law-enforcement officers. 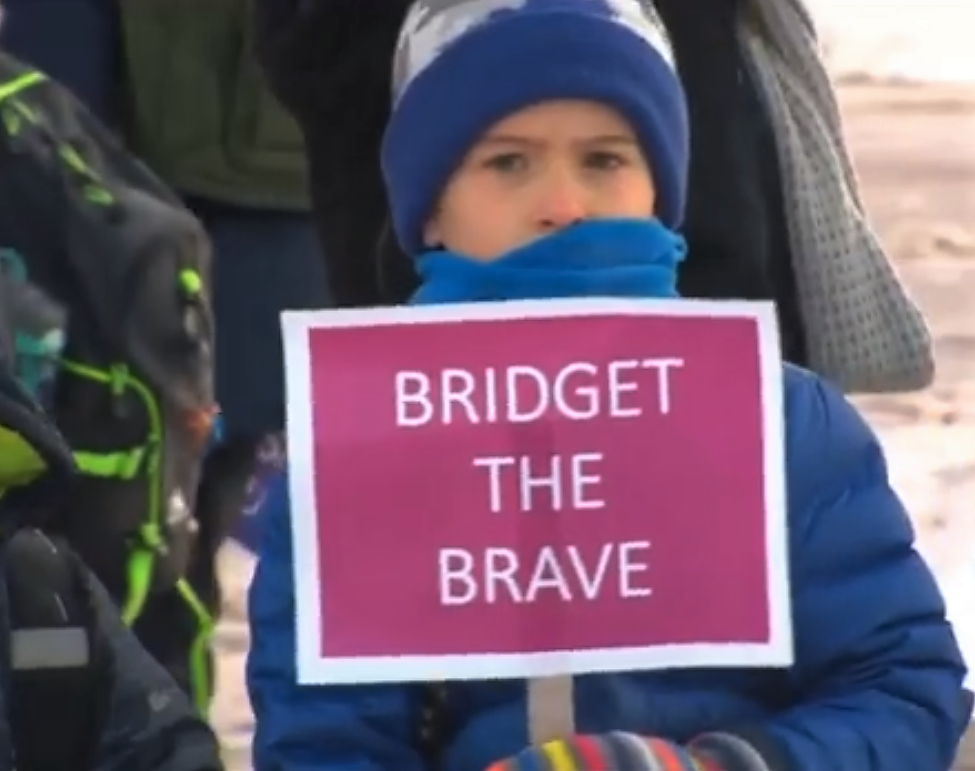 “It’s not a regular old day,” said Kristin Healy, who helped organize the celebration. “There’s a chance Bridget could have lost her battle, and she didn’t.” 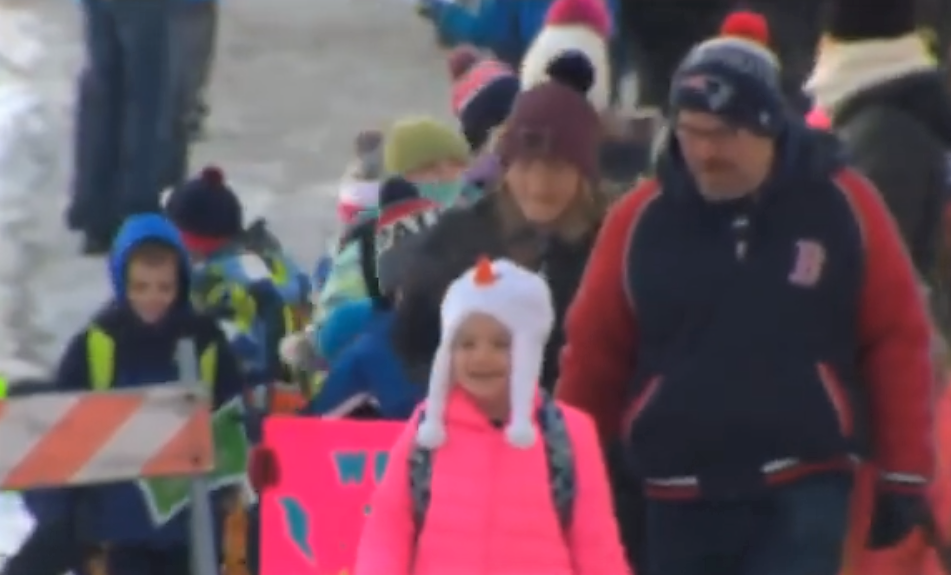 “The community and the PTO and the school has been so supportive along the way, they’ve been really helpful, so this is really nice. It’s heartwarming,” said her mom, Megan.

Congratulations to Bridget for beating the cancer, and thanks to her community for standing by the Kelley family during such a trying ordeal.

Watch the beautiful and heartwarming reception Bridget received in the video below, and share to spread happiness!