Usually, Uber rides are uneventful. We get in, make small talk, get to our destination, and go on our way. Every now and then, you may get a driver who stands out because of their kindness or sense of humor, but you rarely meet someone who knocks you off your feet.

When Kim Davey was visiting Durban, South Africa, for a business trip, she ordered an Uber and thought nothing of it. As soon as she started chatting with her driver, Menzi Mngoma, she knew he was something special – and she was right! 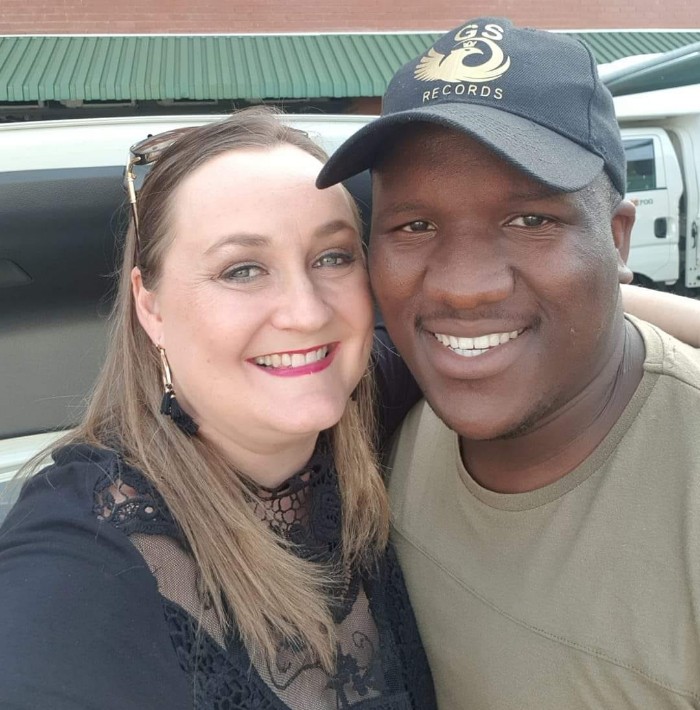 Kim and Menzi got to talking and she asked him about his life and what brought him to become an Uber driver. As it turned out, Menzi had studied music for years and had a dream of becoming an international musician. At the time, he had made a little headway, but not enough to pay the bills, so he took up driving for Uber hoping to meet people and make more connections in the industry.

Kim then asked Menzi to demonstrate his talent for her. He happily obliged and she quickly grabbed her phone to record his mini-performance. As soon as he started singing, Kim was blown away by Menzi’s talent. She later uploaded the video to her Facebook page, and it didn’t take long for it to go viral.

Menzi got more than just his 15-minutes of fame from the viral video, though. He has truly gained attention in his industry. In fact, The Guardian’s resident opera critic, Tim Ashley, said Menzi sang “perfectly decently and with no strain at the top [of the voice]”. 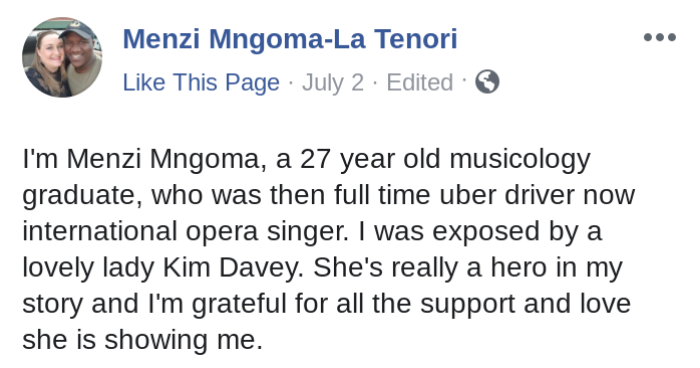 Since he found internet stardom, Menzi has performed at various events, has been interviewed by radio stations, and even recently released his first single, “Feel the Love”. 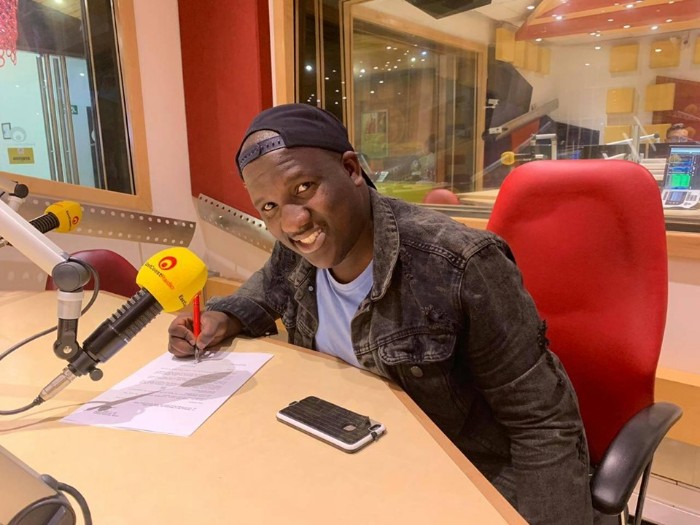 His dreams of becoming an international star are slowly becoming a reality. Still, Menzi continues to drive for Uber until he can be assured that his singing career will fully provide for him. 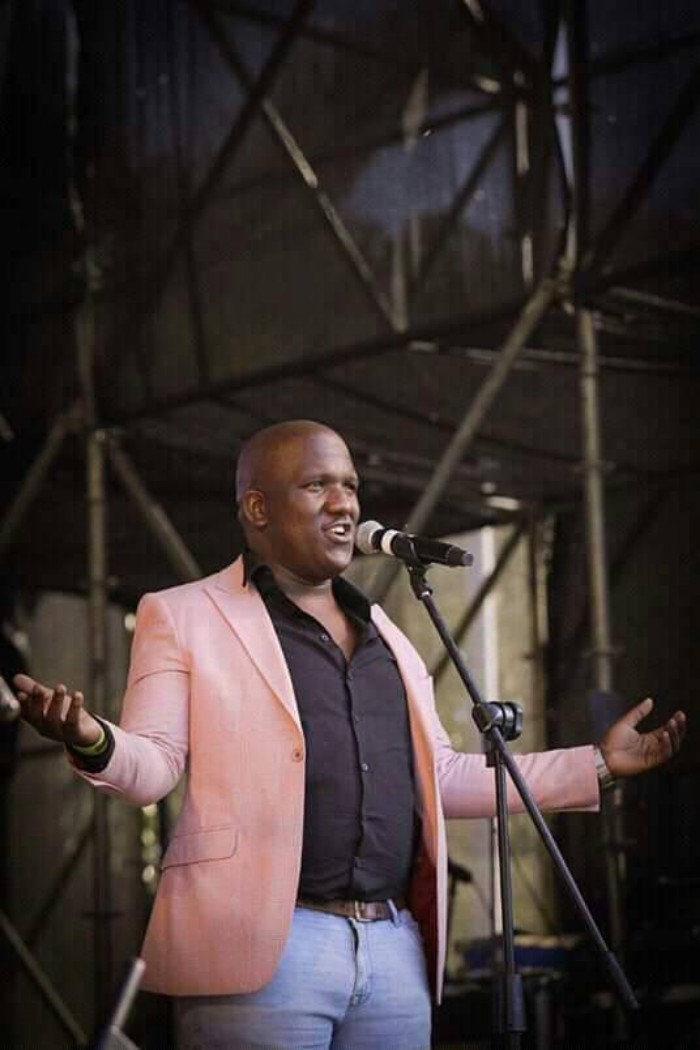 Despite all of the success, Menzi remains humble and grateful to Kim for exposing him to the world. In fact, the two have become close friends and she even flew out to join him in celebrating the release of his first single.

Check out Kim’s video of Menzi, where it all began. Don’t forget to spread the word and share this with your friends!