The world has changed so much in the last century, and Melba Mills of Bonner Springs, Kansas has been there to observe and document it all.

Melba, who celebrated her 100th birthday this year, has lived her entire life on the same block. Although she hasn’t traveled much, she’s always been curious about the world. So she created her own personal archive through newspaper clippings, complete with special files for different subjects. One of those is simply labelled, “Mahomes.”

Monte Mills, her son, said in recent years Melba has devoted her time to following her favorite sports team, the Kansas City Chiefs. She has a particular fondness for quarterback Patrick Mahomes.

“He’s so fast and so slick,” she said. “I just thought he was just so darn cute.” 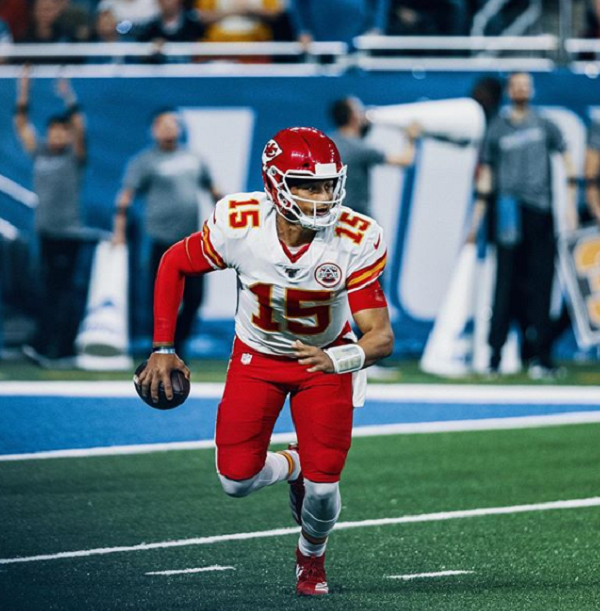 Recently, Monte wanted to do something special for his mom. Since she’d never been to an NFL game, he decided to write a letter to the Chiefs explaining her love for them. And they responded!

Coincidentally, the NFL is also celebrating its 100th year, so the Chiefs thought this was the perfect time to invite Melba to a game at Arrowhead Stadium! Better yet, they went out of their way to make her feel like their guest of honor.

The first of many surprises came when Mitch Holthus, the voice of the Chiefs, showed up at her home to personally extend the team’s invitation. To show their enthusiasm, he also gifted her with a custom jersey that had her name on it!

When the 2019 season opened on September 22, Melba was there with Mitch by her side! “Oh my goodness gracious!” she exclaimed as she was wheeled through the stadium for the first time. “I’m in the Chiefs Kingdom.”

Fans cheered as her face appeared on the jumbotron, and the entire Chiefs organization moved onto the field to greet their biggest fan, including the team’s owner and manager. But the most exciting moment was still to come!

Patrick Mahomes came over to meet her, giving her a game ball to keep!

We’re so impressed by the way the Chiefs made this centenarian feel like royalty! It just goes to show that sports have a way of connecting people of all ages.

Watch Melba’s big day in the video below, and don’t forget to share.