As adorable as they are, babies have been known to do some pretty weird things. Like the little guy who throws his hands in the air every morning and all of these kids who found themselves in very odd situations.

But little Tyler might just take the cake, for absurd (and truly hilarious) habits. One particularly chilly night, his dad Gabriel Moore was watching the tiny tot on his baby monitor when he noticed that Tyler had uncovered his little hands. Wanting to make sure he was nice and warm, Gabriel went to cover his son back up with the blanket.

Fortunately for us, he was unsuccessful. 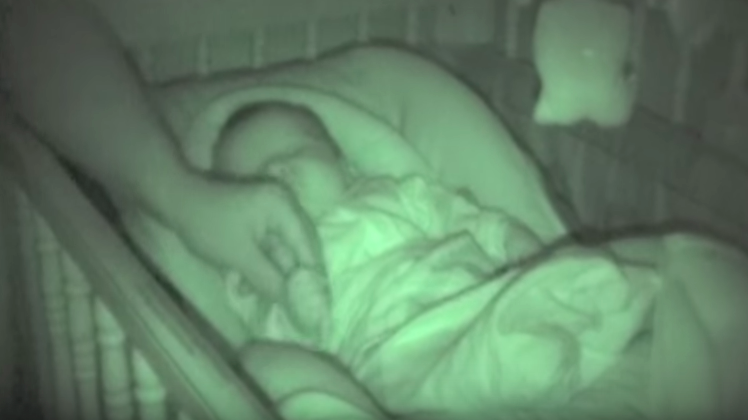 After his initial attempt to cover Tyler, Gabriel went to get his wife because something ridiculous happened every time he moved his son’s hands.

When he pushed one arm down, the other one shot up! Surely this was a fluke, right?

Nope, this was definitely a pattern!

Even when Gabriel pushed both hands down, one shot up.

Watch the whole video below and share if it made you laugh.