At four years old, McKinley Blue of Omaha, Nebraska, had to relearn how to walk, talk, and eat.

In May 2018, a multi-car accident left the little girl critically injured. The left side of her skull was fractured and she had swelling in the brain. After undergoing emergency surgery, she spent the next 10 days in a coma, and the following months recovering with physical therapy. There, McKinley formed an incredibly special bond with 17-year-old Elliott Brown. 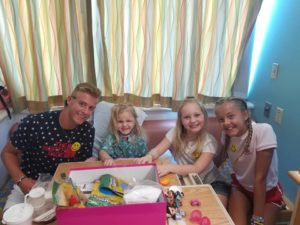 Elliott, a a high school quarterback and friend of McKinley’s sisters, began visiting her in the hospital. The teen simply wanted to brighten McKinley’s days. And before long, he’d become a regular presence.

“He just has a big heart and when she was in the hospital it was scary, she was frustrated,” Elliott’s mom, Sara Brown told GMA. “He just wanted to bring a smile to her face.” 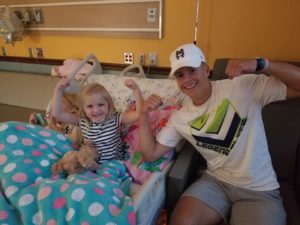 But he did more than that — he helped McKinley regain strength in her arm by letting her paint his nails! The gesture touched McKinley’s mom, Jessica, who said, “I always thought he was a very sweet boy and a great example for my girls.” 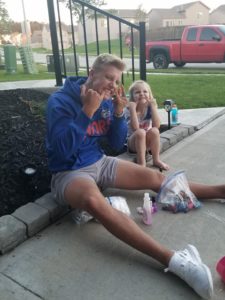 These adorable sessions turned into a weekly ritual when McKinley finally left the hospital. Every Thursday, the now six-year-old paints Elliott’s nails before his football games. And she also sticks around to watch him play. After all, he’s always been one of her biggest supports. Now it’s her turn to cheer him on. 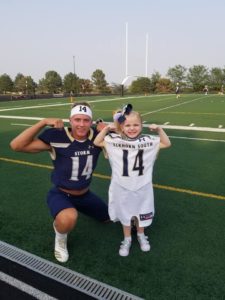 Teenage boys are often maligned as immature and selfish. But clearly, Elliott is the polar opposite of both — and a true friend in McKinley’s book. She’ll have to get another surgery in the future, and we have no doubts Elliott will be right there to comfort her with a bottle of polish. If you’d like to help the Blue family with her medical bills, consider donating here.

Watch their sweet friendship below and share this story to spread your own support for McKinley as she continues her journey to recovery.

Sometimes, it does you good to laugh a little. Whether your day today has been stressful or fine and dandy, we've found 21 hilariously documented situations that are sure to...