Traditionally, dads are the logical, practical parent who tells their kids to go to school, get a good job, and find success. If a kid has a wild dream of becoming a Vegas performer, their dad may not be the first person they tell.

For Aerial Hoop performer, Matthew Richardson, that wasn’t the case. When he decided at age 26 to quit his job and go to school to learn his unique talent, his dad was his biggest supporter. 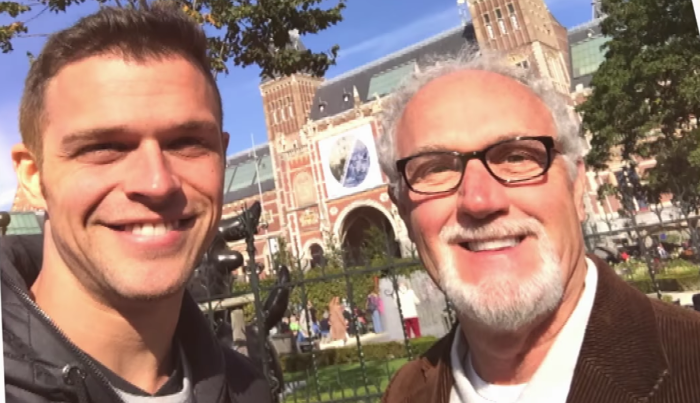 Matthew recently made it to round two of “America’s Got Talent” with his aerial hoop act. His audition performance was full of glitter, body paint, and spunk. This time, he went for a more serious tone with a performance honoring his late father.

According to Matthew, he had a dream one night that he had lost his dad. He woke up in a panic and felt a calling to go check on him. When he went home to visit, he discovered that his dad was sick with pancreatic cancer. Not long after, he sadly passed away. 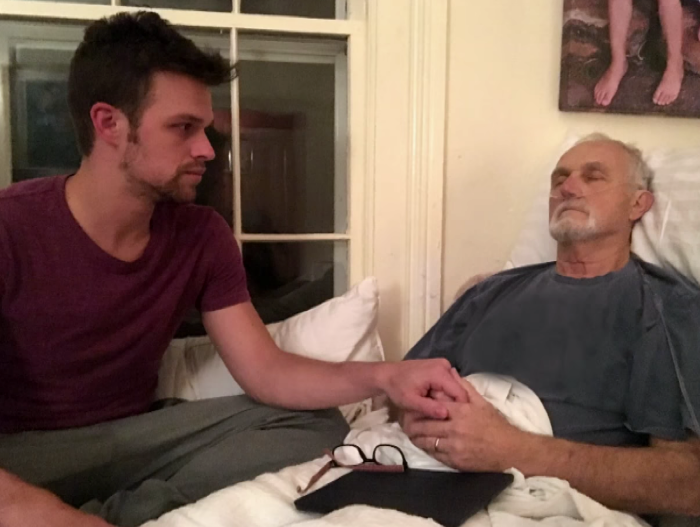 It’s no wonder Matthew wanted to honor his dad, and his biggest fan.

With his mom supporting him in the audience, Matthew started his performance with a hoop that was designed to look like a dream catcher. As he flipped around (beautifully, we might add), instrumental music played that had a conversation between Matthew and his dad from when he was a kid overlayed on top of it. 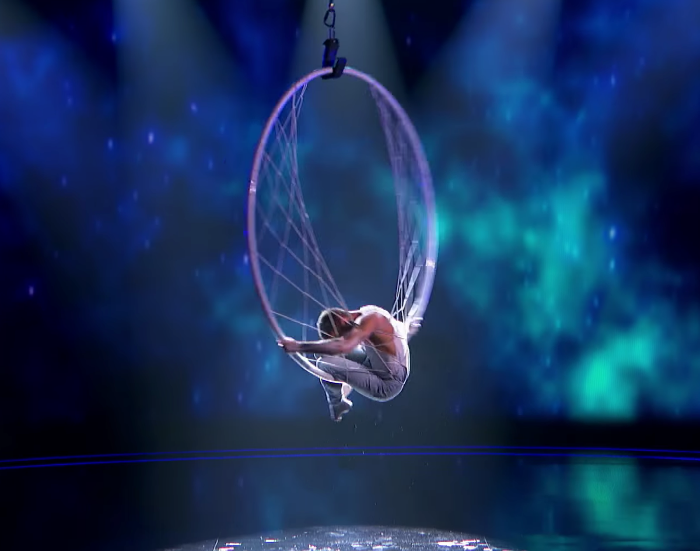 With a talent like this, it’s easy to assume most performances are made to be exciting and sparkly – worthy of the Las Vegas strip. But, Matthew proved that even a “circus act” can be beautiful, sentimental, and moving. 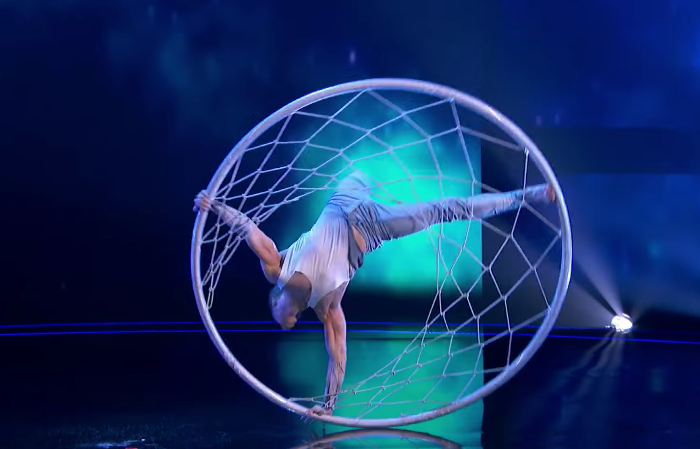 At the end of his performance, Matthew received a standing ovation from all the judges, the audience, and, of course, his mom. He managed to evoke emotions from seemingly everyone. Simon Cowell spoke of his late parents and guest judge Brad Paisley was blown away by the unique talent.

It’s safe to say that, for Matthew, this isn’t a side-show act that he hopes will lead him to a life of glitz and glamour, it is truly his passion.

Watch Matthew’s beautiful tribute to his father in the video below and don’t forget to share with your friends!