It is very common for birthmarks to be discovered on an infant after they have been born. They can be found in various places on the body, from underneath a foot to the back of a neck, and usually the little “stork bite” will slowly disappear after some time.

However, one in every 20,000 births will result in a baby being born with large congenital melanocytic nevi.

This nevus (“birthmark”) will leave large areas of the skin with markings that are much darker in comparison to the skin tone of the baby. 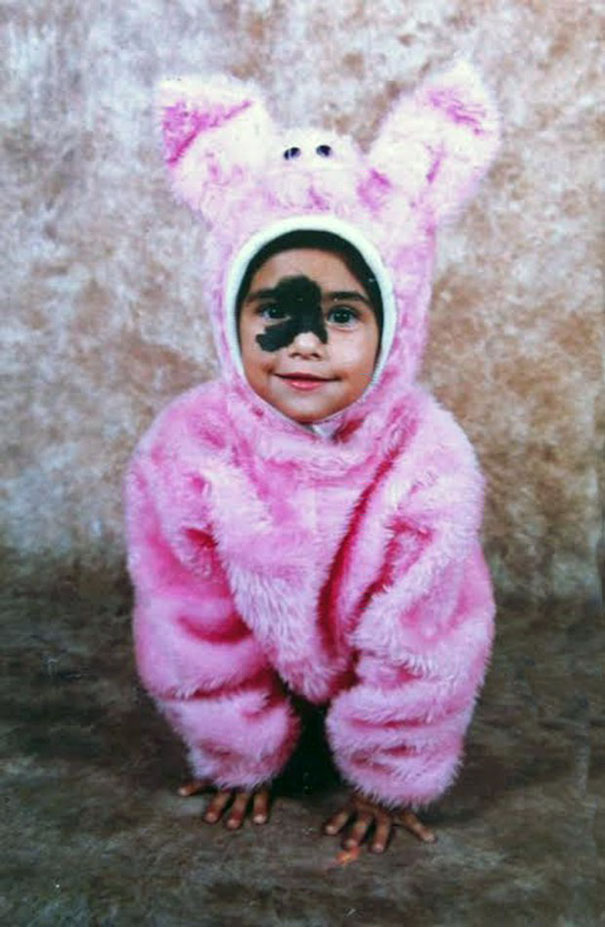 Growing up in Juiz de Fora, Brazil, Mariana Mendes has spent her life bearing her own large nevus mark which covers her nose, right eye, and right cheek.

The 24-year-old stylist assistant and fashion designer shared with Caters News that her nevus was discovered after she was born.

Mariana’s mother feared that Mariana would be bullied for her different appearance. So at the age of 5, Mariana underwent three laser treatments to try and lighten the mark.

After three treatments, Mariana’s nevus was not showing any signs of much change and so the procedures were dropped.

“I’m grateful for that, because if I was old enough to understand I would never have wanted anyone to change my nevus in the first place,” Mariana told Caters News.

“I have been told by a few people that it’s ‘ugly’ or ‘strange’, but it doesn’t bother me that’s just their opinion and I think it’s beautiful.

“I don’t get upset if a person doesn’t like my nevus, to me it’s like any other part of my body, so I prefer to remember the praise I receive for it. I’m proud of having a nevus, it’s a part of who I am and how I learned to like myself.”

In fact, Mariana’s strikingly beautiful appearance has started to catch the eye of modeling agencies and fans around the world. With over 18.3k followers on Instagram, I have the feeling that this is not the last we will hear of Mariana.