There have been plenty of fantastic (and not so fantastic) renditions of the national anthem over the years.

Whitney Houston, Lady Gaga, and Luke Bryan’s, for example, are all great contenders. But ask people to nail down which singer they think outshines the rest and you’ll have a seriously heated, never-ending debate on your hands. That said, there is one performance everyone seems to agree is among the best. 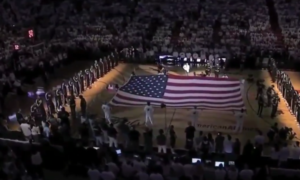 Marc Anthony had the honor of singing “The Star-Spangled Banner” before the game between the Miami Heat and the Dallas Mavericks in game six of the 2011 NBA Finals. 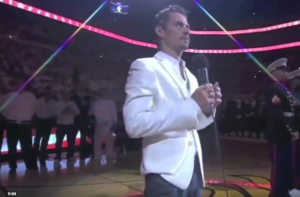 He made quite the lasting impression because now, years later, people are still marveling at how his rich, pitch-perfect delivery sounds like a professional recording. 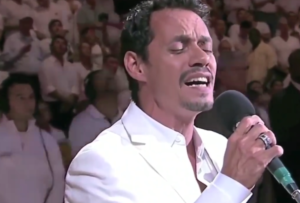 Many say they enjoyed Anthony’s version because he sang the national anthem “the way it’s supposed to be sung,” simply yet powerfully without too many vocal embellishments or excessive personal flair. 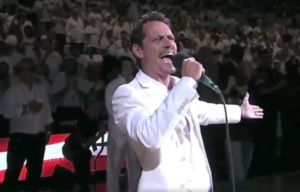 When footage of the pre-game performance first started circulating online, hundreds commented about how Anthony’s was their favorite yet. It’s been making the rounds again lately, and people haven’t changed their tune one bit.

“One of the best renditions of the national anthem ever done by a man,” one person wrote. Another added, “Love that he just sings it he doesn’t add all these unnecessary runs and notes! Thank you, Marc, for doing such an amazing job on the national anthem!”

Yet another commenter summed it up quite nicely: “That’s not an easy song. Plenty have failed trying to perform it. NOT this guy! He NAILED it big time.”

We couldn’t agree more. There’s no question that this man has talent — and a very impressive vocal range. Watch as Anthony knocks the song out of the park below, and don’t forget to share his beautiful voice with the world.

BY FAR ONE OF THE BEST NATIONAL ANTHEM PERFORMANCES BY PUERTO RICAN SENSATION #MARCANTHONY. SOUNDS LIKE A PROFESIONAL RECORDING. 🇵🇷🇺🇸🇵🇷🇺🇸🇵🇷🇺🇸🇵🇷🇺🇸🇵🇷🇺🇸