The manta ray is one of the largest fish in the world and can reach a width of 29 feet. According to Oceana, one of the fish’s biggest threats is commercial fishing, as they are both targeted by fishers and often caught as bycatch.

This threat was made very apparent to diver/tour guide, Jake Wilton and marine biologist, Monty Halls when they happened across a giant manta ray in the Ningaloo Reef in Western Australia. 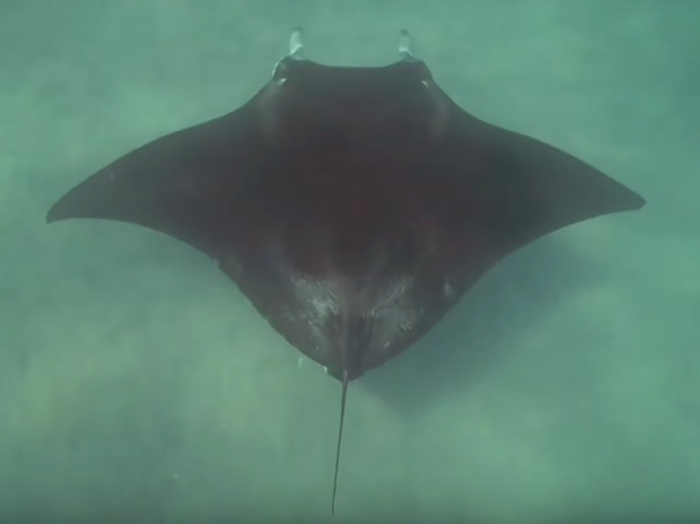 Jake and Monty were out on the water when they came across a massive manta ray. This isn’t uncommon, as Jake generally leads tours around the area. However, there was something a bit out of the ordinary about this encounter.

This manta ray had been injured by a fisherman’s hook and seemingly “recognized” Jake. Knowing he wouldn’t harm her, she swam closer to him and showed him her injury.

Jake was cautious and dove down a few times to see how close the manta ray would let him get to her. Each time he got a little closer, she stayed put showing him that she wouldn’t hurt him, either.

According to Jake, “she got closer and closer and then started unfurling to present the eye to me. I knew we had to get the hooks out or she would have been in big trouble. I went for a few dives down to see how she’d react to me being close to her. The manta stayed completely still in the water.” 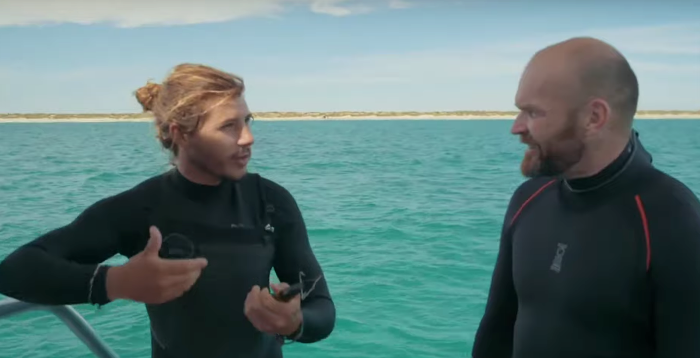 Ultimately, Jake was able to remove the hooks from the manta ray, which will allow her to heal without complications. Both Jake and Monty were completely astonished by the animal’s behavior and intelligence. This was definitely a once-in-a-lifetime experience for both of them that they will surely never forget!

Watch the incredible interaction in the video below and be sure to share with your friends!