For years, Mike Plas refused to give up hope that one day he’d see his best friend again.

The Thunder Bay, Ontario, resident has always seen his dog Jack as so much more than a pet. After all, the husky and shepherd mix has been part of Mike’s family since he was a puppy. 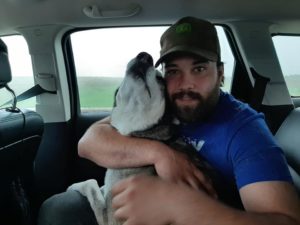 “I always called him my brother,” Mike told CBC. “Ever since I had him he’s never been not with me. I even bring him to work.” So when Jack disappeared four years ago, Mike was devastated.

Jack had been tied up outside Mike’s father’s house in 2015, and by the time Mike’s mom went to check on him, he was gone. Mike was never sure if Jack had escaped or been taken. All he knew was he would never stop searching for his friend. Everywhere he went, he scanned the streets, fueled by a feeling that somehow Jack would come home. 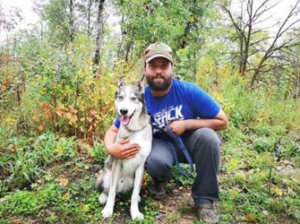 It wasn’t until 2019 that Mike would receive “the greatest phone call” of his life. In a message he posted on Facebook, he explained the call was from Centennial Animal Hospital in Winnipeg, Manitoba. Someone had brought in a lost husky and shepherd mix, who, luckily, was microchipped. After scanning the chip, the employees called Mike, who arrived the next day with his girlfriend and family.

As soon as Jack came out and the two locked eyes, Mike said it “instantly felt like my life was back to normal.” 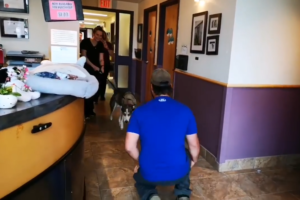 He couldn’t help but weep as he wrapped his arms around his old friend. And Jack couldn’t stop whining and licking Mike’s face. “His tail hasn’t stopped wagging for a while,” Mike added. 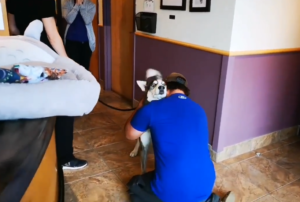 “A lot of the staff at Centennial can say this was one of the most touching moments we’ve experienced,” the hospital wrote on Facebook. “Lots of happy tears as we watched this miracle reunion.”

Mike learned a powerful lesson from all of this: “Never EVER lose hope,” he wrote. “I didn’t, and after four years apart in different provinces, we are together again.” 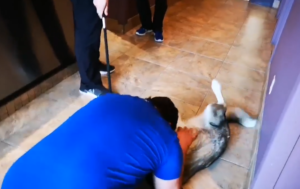 We have a feeling Jack never stopped searching for Mike either! Now that these two are together again, we’re sure they’ll be closer than ever!

Keep tissues on hand as you watch the emotional reunion below, and be sure to share this uplifting story with your friends.