U2 frontman, Bono, once said, “Music can change the world because it can change people.” Music has a way of connecting us, regardless of culture, age, gender, or anything else that typically separates people from one another — we all understand the power of song.

Clifford Woodage knows the magic of music all too well. He’s a regular street performer in the U.K. Clifford frequently posts videos of his performances on social media, but his duet of sorts with 7-year-old Lacie, who is blind and autistic, is actual proof of that magic. 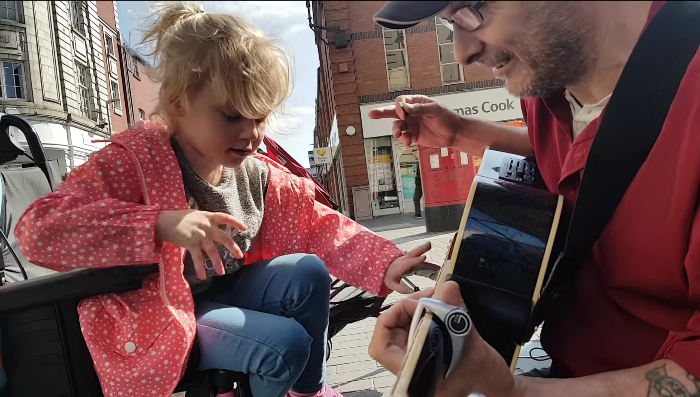 According to the video’s caption, Clifford was busking when Lacie and her grandmother approached him. The little girl had overheard his music and wanted to listen closer. Her grandmother explained to Clifford that Lacie, who’s in a wheelchair, is autistic and blind.

In the video, the seasoned performer allows Lacie to take control, strumming the guitar, while he changes the chords. The two softly sing a sweet duet, and the 7-year-old has a beautiful voice. 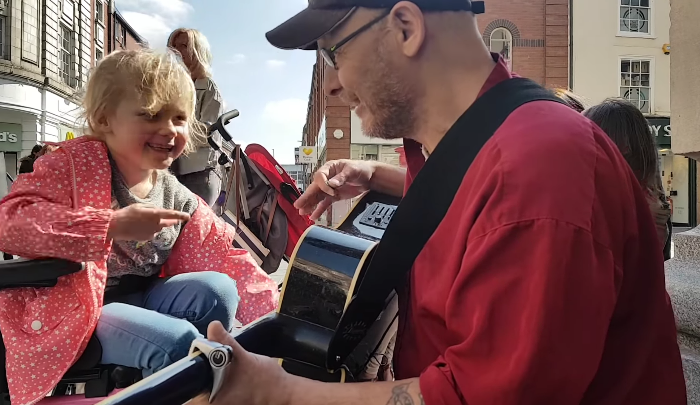 Lacie is completely entranced by the guitar and clearly loves strumming it. She frequently looks up at Clifford with a giant smile before going right back to singing and playing.

The street performer’s fans were quick to point out Lacie’s incredible talent, and are all in agreement that she, too, needs her own guitar.

More than anything, those who viewed the video were taken aback by the beauty of it. The patience Clifford showed, the joy that spread across Lacie’s face, and the bond the two strangers created over their love of music. 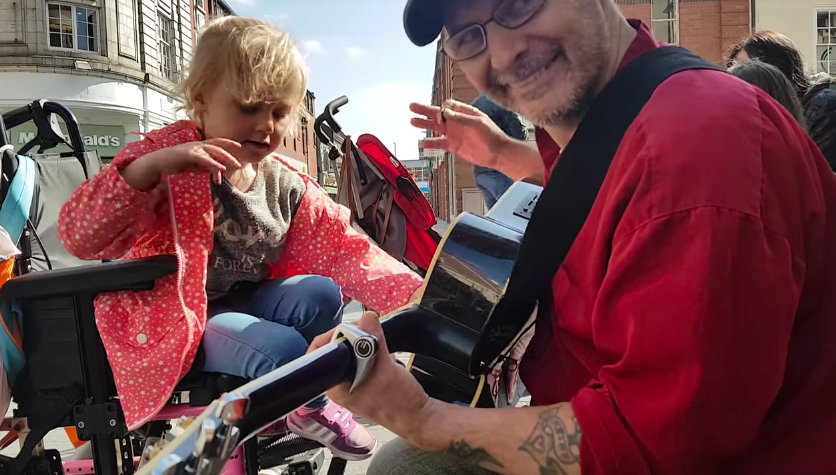 Watch the heartwarming moment in the video below. Be sure to spread the joy of music and share this story with your friends!