Brides of the world, here’s a word of advice. No matter how casual your backyward wedding ceremony may be, never tell your maid of honor she can “wear anything.” 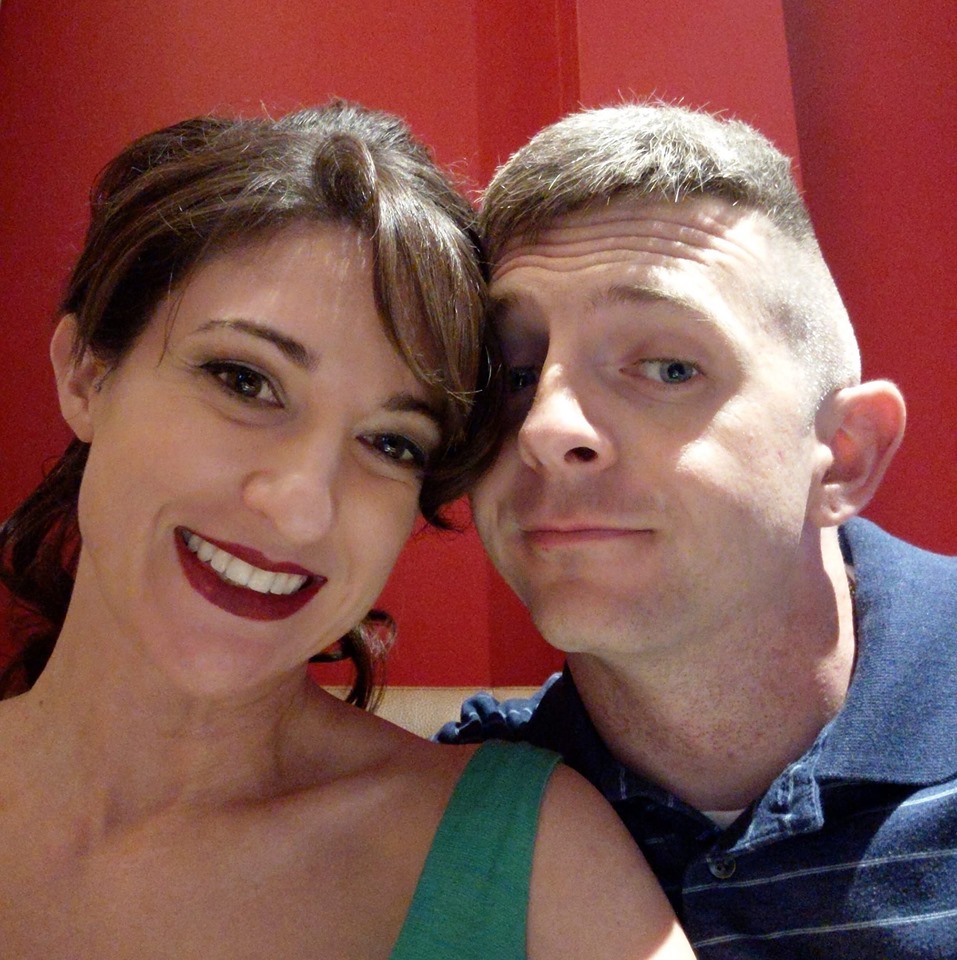 As Deanna and Joby Adams prepared to get married in the backyard of their Omaha, Nebraska home, Deanna told everyone invited that she didn’t want anything fancy. “I didn’t want to make a big deal out of anything, as long as I got to wear a dress, have some cake and get some great photos,” she explained.

Deanna’s sister Christian Meador took that advice very literally. As a joke, Deanna sent her sister a text message a year before the big day with a link to a massive T-Rex costume on Amazon. “I found my dress!” Christina quipped.

“I thought it was hilarious and told her she had to do it,” Deanna said, but little did she know that this was the start of a running joke that would make them laugh for the entire wedding planning process.

“It then became kind of a game of chicken⁠ — I don’t think she expected me to be cool with it,” Christina laughed. 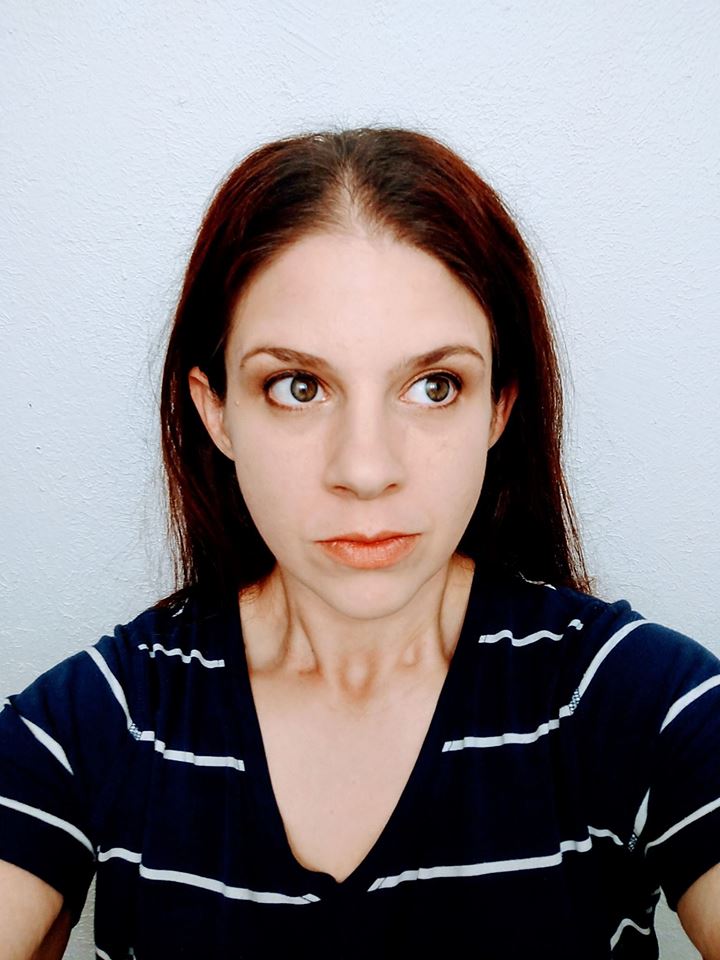 When August rolled around, everything was in place for Deanna and Joby’s big day. The cake arrived, the decorations were done, the bride and groom looked gorgeous… and then out came Christina in her brand new wedding day outfit.

As for that game of chicken, we’d say Christina won. 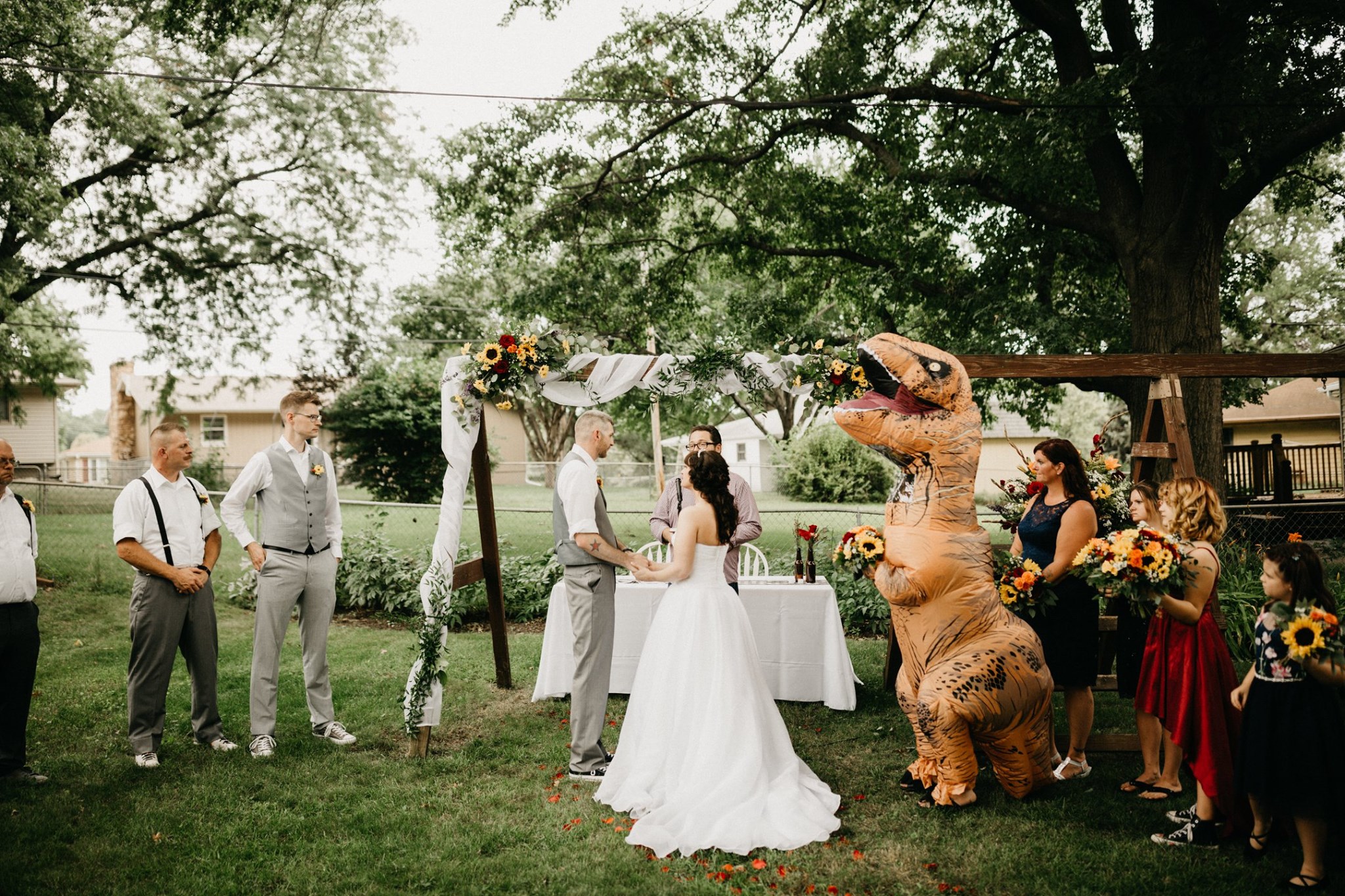 Yes, that’s Christina inside that giant T-Rex costume! Photographer Andrea Nuxoll was there to capture the memories that day, but we’re unsure how she managed to take any pictures while no-doubt shaking with laughter at the spectacle before her eyes. Throughout the casual backyard affair, Christina the dinosaur stood like a comic book statue, complete with her very own bouquet of sunflowers. 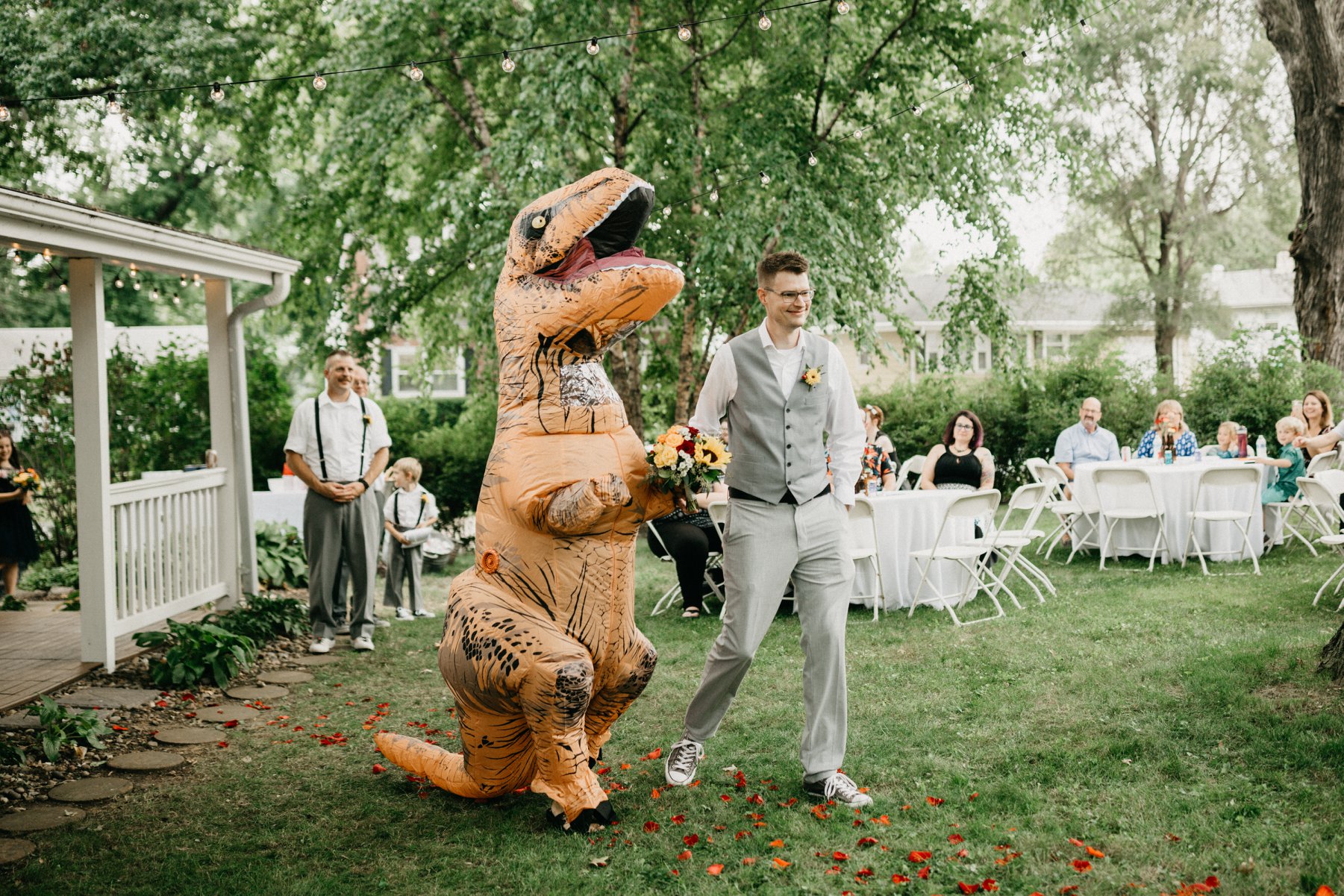 “They definitely knew how to make a wedding memorable,” Andrea said. “It’s nice to have some diversity in your wedding.”

While many brides might have been upset that her sister had gone through with this prank, Deanna proved that her sense of humor is more developed than most and laughed it off with aplomb. “We easily joke with each other and definitely don’t take much too seriously,” said the bride. “I know she’s got my back, and I’ve got hers,” she added.

After Christina shared a photo of the hilarious wedding scene on Facebook, the post went viral. “When you’re maid of honor and told you can wear anything you choose… I regret nothing,” Christina wrote. 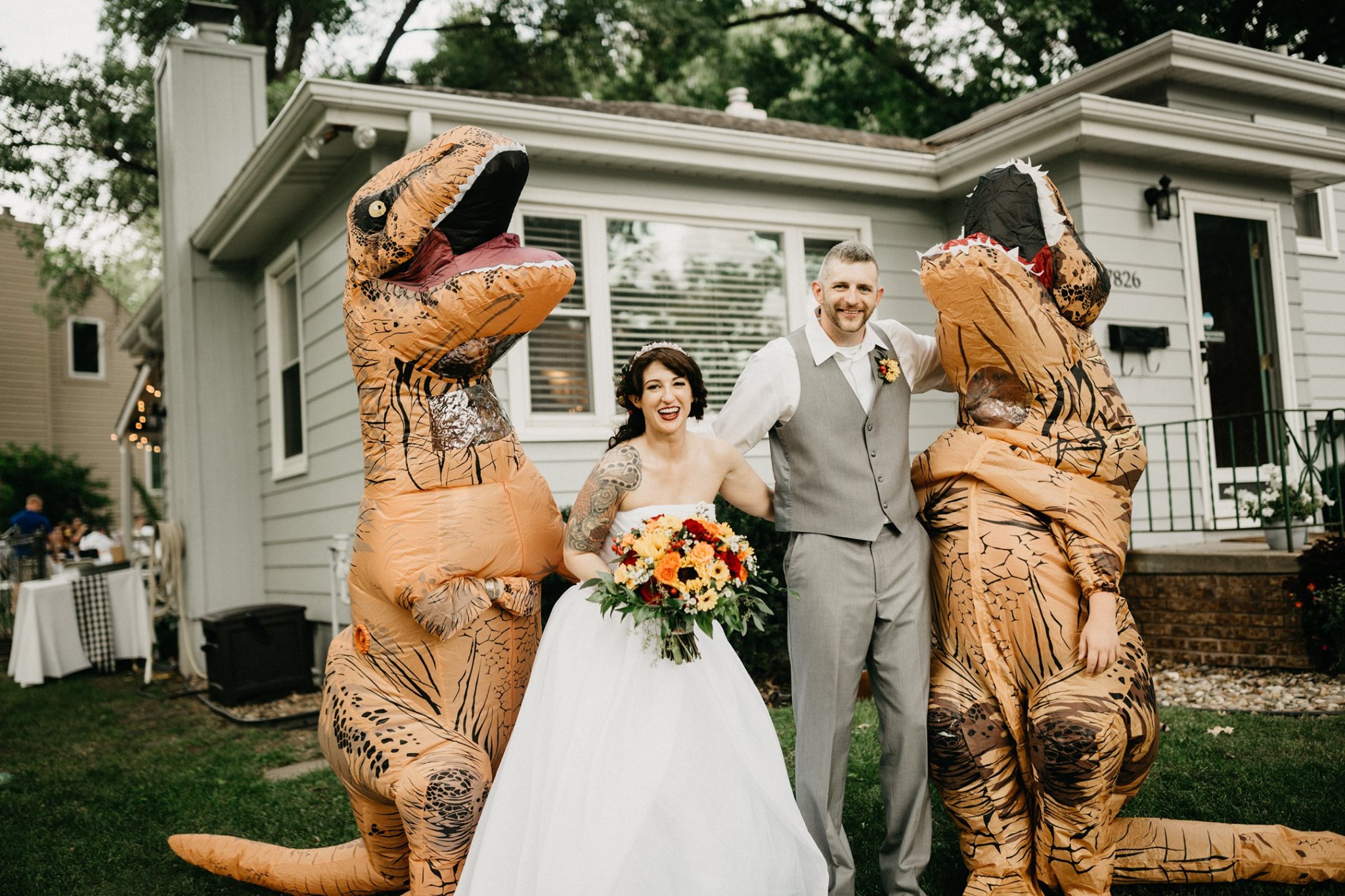 We regret nothing either, Christina! It’s so refreshing to see a family that knows how to laugh with one another and doesn’t take themselves too seriously. The way Deanna and Joby laughed this off shows a lot about them as a family — mainly that they’re incredibly accepting, even when their relative happens to be a T-Rex.

Share this story with someone who needs a good laugh today!