When Brad Fremmerlid was around 2 years old, his parents Deb and Mark began noticing something different about their son.

The little boy from Alberta, Canada, had much more energy than your average toddler. Any free time spelled disaster for the family, as Brad would fly into uncontrollable and sometimes violent rages. Eventually, he was diagnosed with a severe form of autism spectrum disorder. 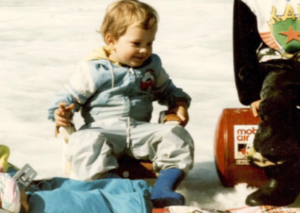 Desperate to connect with their little boy, Brad’s parents tried to reach him. But nothing seemed to work… at least until they found their solution: building. Brad couldn’t — and still can’t — read, write, or speak any words other than “Brad” and “Dad.” But, according to Mark, he can put anything together.

Mark realized Brad thrived on following instructions, so the two worked on model airplanes, furniture, LEGO sets, and other construction toys. Not only did this keep Brad busy, but it also stopped him from defaulting into destructive patterns. 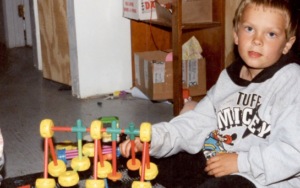 Now Brad is 30 years old, and despite being unable to communicate, for the most part, he’s inspiring countless people. His passion is what led him to find his calling: assembling furniture for people who, unlike him, find it difficult and tedious. He even makes money doing it! 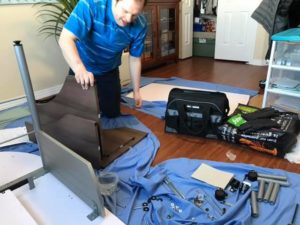 In 2013, Mark and Brad launched their business, Made By Brad. So far, Brad has been out on over 1,000 jobs, assembling various pieces of furniture for clients. He’s even put together entire kitchens. 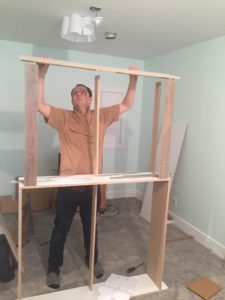 At first, his clients were a bit unsure about whether he was capable. Brad doesn’t hide his quirks, which include spinning around to comfort himself, but his work spoke for itself. His clients quickly learned he always does an outstanding job. Now they trust him completely. 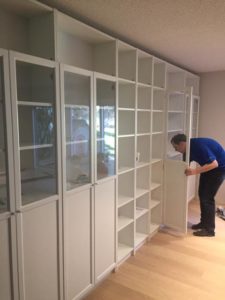 Brad has gained so much more from his business than just extra money. His parents say he’s more aware of the people and things surrounding him. He makes more eye contact and engages in more social interaction. He used to be terrified of animals, but likes cats now and is starting to warm up to dogs after getting more exposure to them. Going to different environments and experiencing new things as part of his job has helped him learn to adapt more. 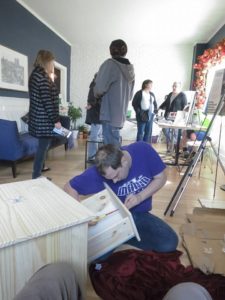 And it’s changed Mark, as well. “I thought having an autistic child was the worst thing that could happen,” he confessed. “And now I would say, ‘Well, actually it’s the best, for me.’ It’s amazing what he’s done for me.” 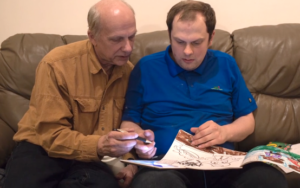 Only people on the spectrum can fully understand how difficult it is to try to navigate through life and connect with others while experiencing everything so differently. It’s amazing Brad has found joy in something that helps makes things a little easier.

Learn more about how working with his hands changed Brad’s life for the better in the video below. Share to show other families of people with autism that happiness and success are both very attainable.

Brad Fremmerlid is 30 years old and can barely say just two words – "Brad" and "dad." Diagnosed as a toddler with pervasive developmental disorder, and later, with autism, Brad's family discovered he had an aptitude for putting together complex models and Lego sets. Brad's ability to build so much, so fast gave his dad an idea for a business.

15 Unique Christmas Gifts To Dazzle The Women In Your Life

As the holiday season rolls around, it's time to start the search for the perfect gifts for the women in your life! No pressure, right? Whether it's your mom, sister,...