America’s Got Talent is a place where dreams come true, and for Ukrainian dance team ‘Light Balance,’ it’s the American dream they’re after.

Though Tuesday’s round of the show’s most recent auditions were seriously amazing, the ‘Light Balance Dance Group’ was lightyears ahead of their competition. The nine man crew hail from the Ukraine, and consider dance and AGT their ticket to a better life. Not just for them, but for their families back home. 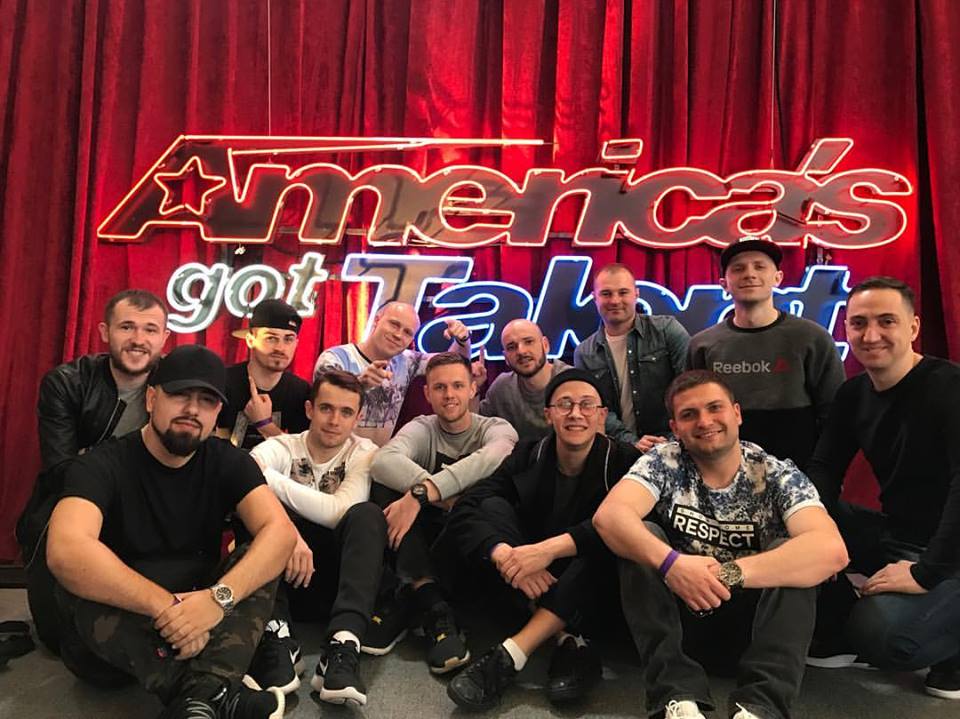 “Dance gave us a hope for a better life here in America,” the group’s technical director, Mykyta Sukhenko, told the AGT cameras in a pre-taped backstage interview. “If we win this show, we will have an opportunity to change the lives of our families, and bring them to America.”

It was with this pure motivation that each man stepped on stage… only they did so in pure darkness. As the music started, the room faded to deepest black… and nothing but a void could be seen on stage.

Suddenly, an ‘Uncle Sam’ style LED suit ignited centerstage and the figure began to dance! The light show that followed was spectacular in every way, but words really can’t do it justice. 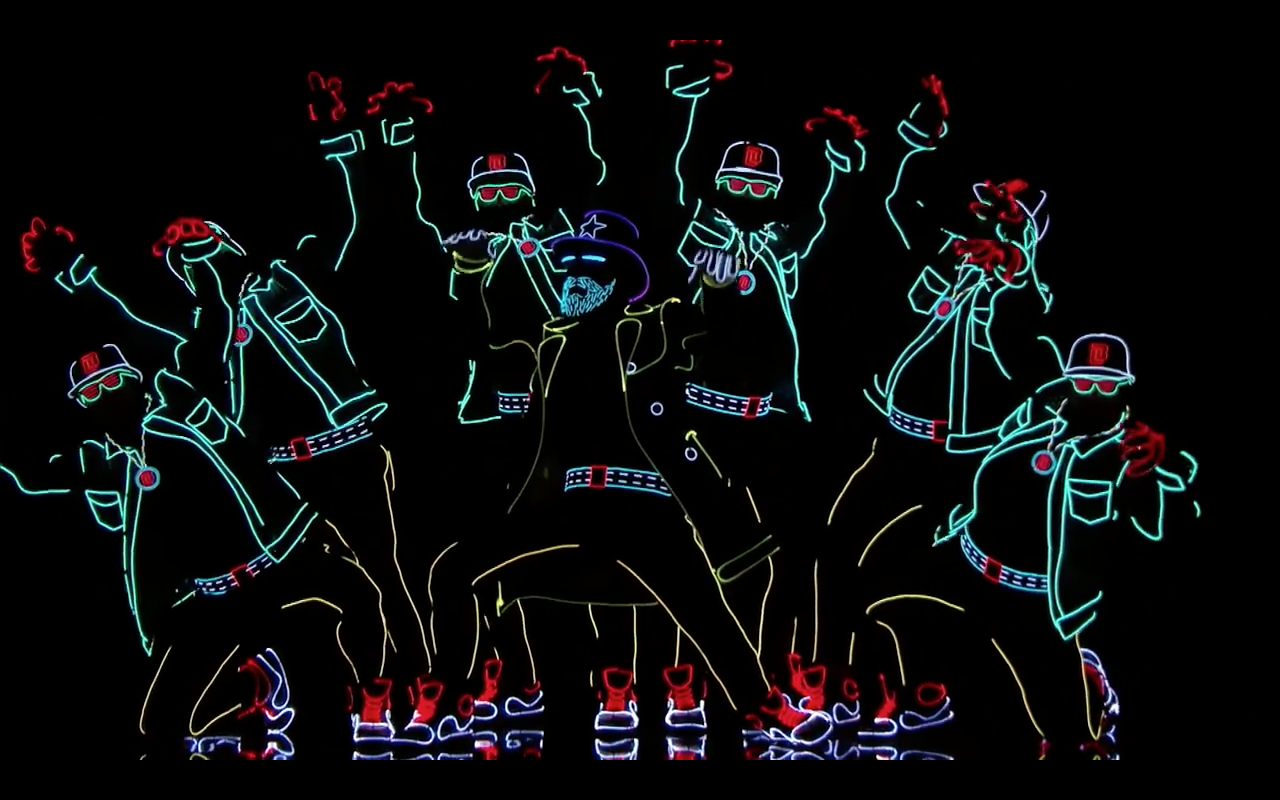 Tyra Banks was so stunned she took to the stage to share her own love for the performance, asking the audience, “Wasn’t this incredible? Like, crazy good? Like ‘blew my mind’ good?!”

She then slammed the golden buzzer sending Light Balance straight to the live show. 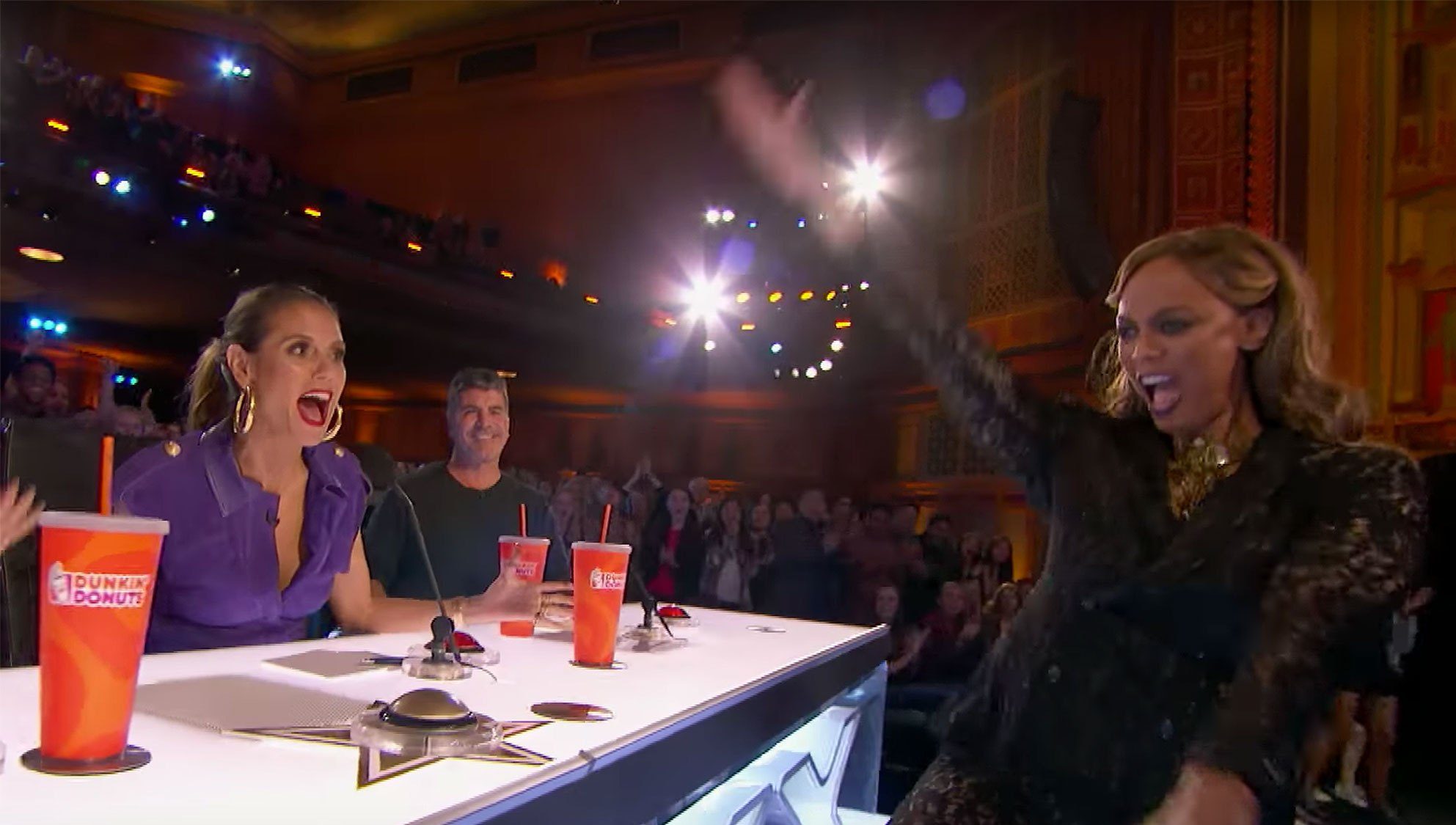 Check out the innovative, beautiful light dance in the video below!

One of the most mind-blowing performances in AGT history.