While quarantine has given some captive animals a fun opportunity to explore outside of their enclosures, others miss their human visitors.

Chang the grouper is a friendly fish who loves seeing guests at the Cairns Aquarium in Queensland, Australia. Since the facility closed its doors to the public amid the COVID-19 pandemic, though, he hasn’t been himself. Fortunately, some of Chang’s youngest fans knew exactly how to cheer him up. 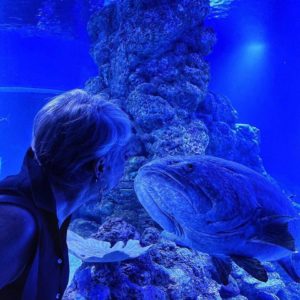 After people stopped coming into the aquarium, Chang began hiding in dark corners of his tank. He even stopped eating for a few weeks.

“I think people see Chang as being emblematic of the loneliness that can happen to people and animals during this crisis,” said aquarium chief executive Daniel Leipnik. 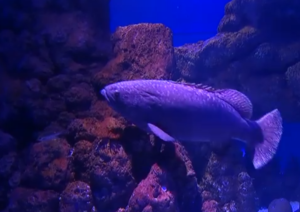 The fish’s story resonated with first-graders at Torbanlea State School, who were struggling with coronavirus restrictions themselves. So, they decided to send him cute drawings — from over 900 miles away!

“We received this package out of nowhere and it was addressed to Chang the Lonely Grouper,” Daniel said. It also came with a letter:

“When we couldn’t come to school, some of us were feeling gloomy too,” it read. “Things will get back to normal, everything will be alright and you will be joyful again soon, like us. That way, when you and your friends swim by, you will see people outside and you will feel happy again.” 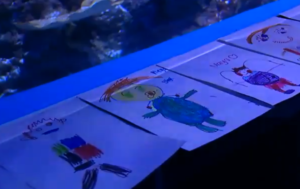 Even sweeter than the children’s message was Chang’s reaction to the drawings! He immediately came out and showed interested as staff began lining them up outside his tank. What’s more, Chang started eating again!

“We put them up and he came over, he was definitely looking at them,” Daniel added. “The fact that the kids took the time in their classroom to draw these pictures … and make Chang feel better, is just beautiful.” 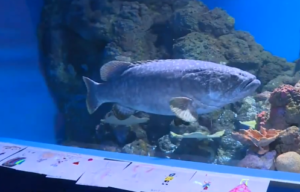 We can’t decide which is cuter, Chang’s turnaround or his fan club! Either way, we’re so happy Chang feels better!

Learn more about the kids’ adorable gesture in the video below, and share with other animal lovers!

A few weeks ago 7NEWS brought you the story of a lonely fish at a Cairns Aquarium, who was desperately missing tourists. Now we can report Chang the grumpy grouper has been cheered up, thanks to a group of grade one students. https://t.co/kDhhmxDYB0 @GeorgiaTerry_7 #7NEWS pic.twitter.com/xpNd7EDgqX