The holidays are a great time to recognize the people in our lives who go above and beyond for others.

To those at York Elementary School in Vancouver, Washington, second-grade teacher Laurie Burpee is one of the kindest there is. Since her cancer diagnosis, she’s been out on leave, so this December, her community found the perfect way to lift her spirits. 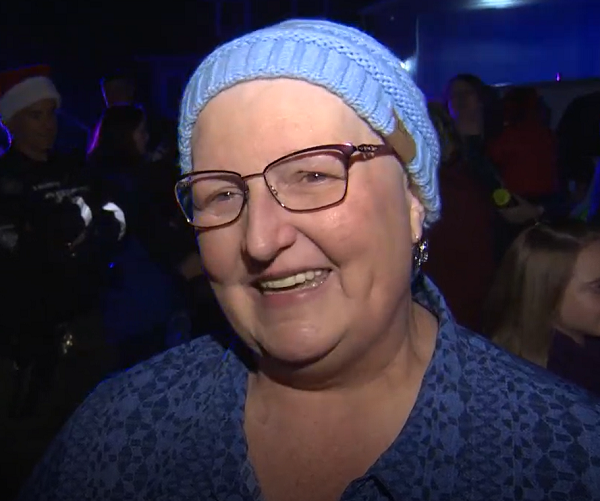 Laurie was diagnosed with what doctors believed to be breast cancer last May. But after performing a double mastectomy, they discovered the cancer was actually a rare form in a salivary gland. Since then, it has metastasized to her lungs, so Laurie has had to endure several rounds of radiation.

Her absence has been hard on the entire school. After all, she’s known for performing acts of kindness and asking others to spread the love instead of giving her a gift on her birthday.

“She’s just this loving heart,” principal Dawn Harris said. “She reminds us that we need to show kindness every day … and we’re continuing to live that in our building because of her.” 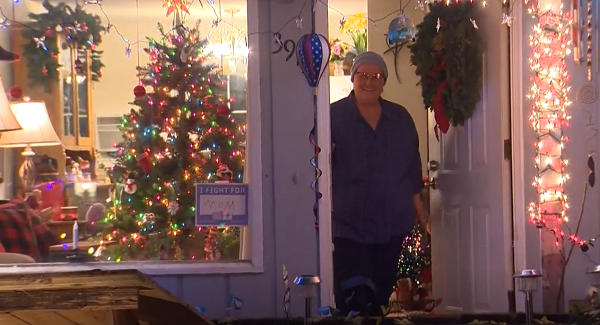 Not only were they inspired by her at school, but they also used her generous influence to give back to her in a special way!

Waiting outside were dozens of her students and their parents, fellow teachers, and other staff members. Everyone was wearing a Santa hat and carrying an electric candle to light the way for the York Elementary School choir’s Christmas carols. 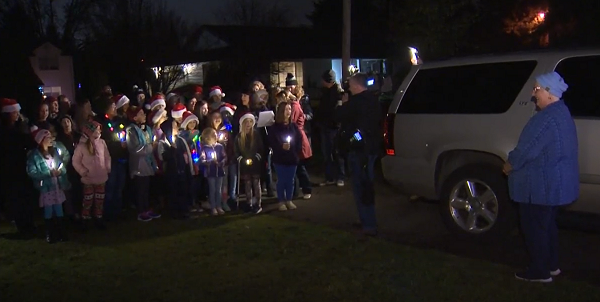 Laurie was already touched, and that wasn’t the end of the night’s surprises! Soon police cars were pulling into her neighborhood with their lights flashing, striking fear into her heart for a moment.

“I went into teacher mode, thinking, ‘Oh no, something is happening, and I’m going to need to put all these kids in my house,'” she said with a laugh. “I had no idea.”

As it turned out, there was no emergency. Instead, five officers and the county sheriff were there representing Kindness 911, a Washington-based nonprofit that partners with local law enforcement to recognize good people in the community. They had a special “Kindness 911” citation to present to the incredible educator. 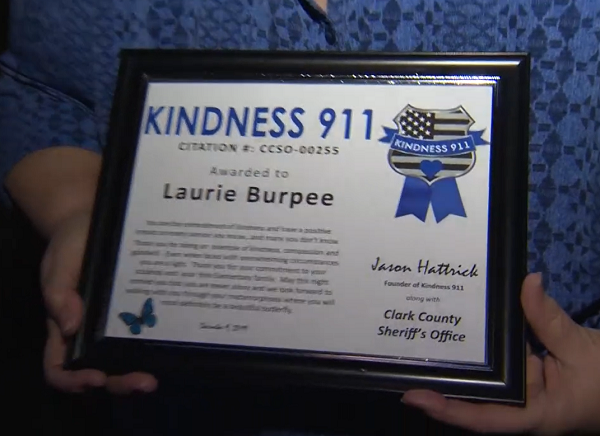 “Thank you for being an example of kindness, compassion, and goodwill,” the document read. “Even when faced with overwhelming circumstances, you are a light. … May this night remind you that you are never alone, and we look forward to walking with you through your metamorphosis where you will most definitely be a beautiful butterfly.”

Laurie was blown away by the heartwarming show of love and support. Of course, the best part for her was seeing the kids she’s missed so much.

Even as she faces the fight of her life, Laurie is still putting others first! She hopes her community’s wonderful gesture will encourage more acts of goodness and acceptance around the world. “This should never be about me,” she said. “It should just be about kindness growing and people realizing that sharing that is powerful.” 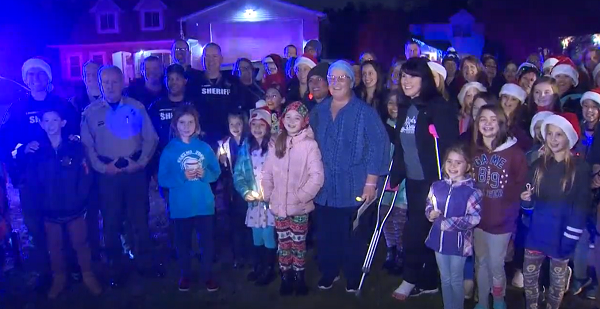 What a beautiful way to give back to someone who has spent so much of her life helping others! Our thoughts are with her as she continues along this difficult health journey.

Watch Laurie’s moving surprise in the video below, and be sure to share the unique moment with others.