Kristen Bell is doing a fantastic job playing Princess Anna in the “Frozen” series, and she shines in real life too!

After all, most people agree that she’s an overwhelmingly wholesome person. And with her heavenly voice, she’s bound to make you smile no matter what Disney character she chooses to be. Still not convinced? Just wait until you see her epic duet with Jimmy Fallon! 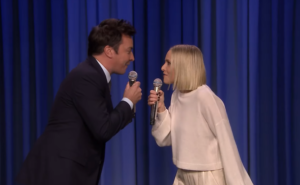 On November 12, Bell appeared on “The Tonight Show” to talk about the upcoming theater release of “Frozen 2.” There, she and Fallon treated the audience to a seriously magical Disney medley.

These talented individuals covered a whopping 17 songs in just five minutes, striking a perfect balance between classics like “A Whole New World” and “Can You Feel the Love Tonight” and newer songs like “How Far I’ll Go.” 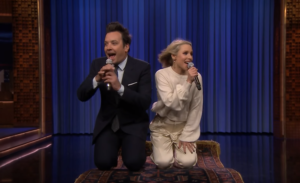 And they didn’t settle with just their voices! They also brought in a hilarious array of props, including skeleton versions of themselves to give a shout-out to “Coco.” 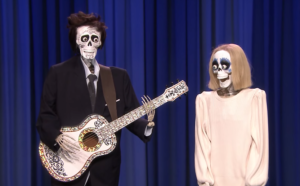 Of course, Fallon couldn’t resist sneaking in “Do You Want to Build a Snowman?” After all, it was the perfect segue into a few lines of “Into the Unknown,” which is from the “Frozen 2” soundtrack! Unfortunately for our ears, Fallon got a little carried away while belting it out. 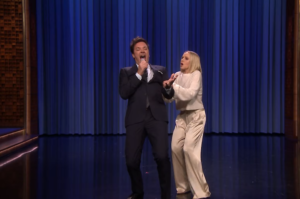 But Bell convinced him to “Let It Go” before they finished the beautiful performance with a snow-filled finale. Our only regret is that it ended at all!

“Kristen Bell is a gift we didn’t deserve,” a fan wrote after. Another added, “Kristen here just proving how she could’ve had any role in any Disney movie.” 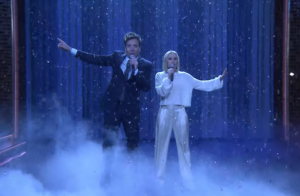 As if we needed another reason to love Bell! Honestly, is there anything she can’t do?

Prepare to be amazed by the duo’s “History of Disney Songs” in the video below, and share this story with all your fairy tale-loving friends!