The first week of school can be stressful for children. Sometimes a small, kind gesture makes all the difference.

When Ke’Shoun Williams of Batesburg, South Carolina showed up at his district’s elementary school he had no idea that he was about to go viral for not one but two extraordinary events that day. 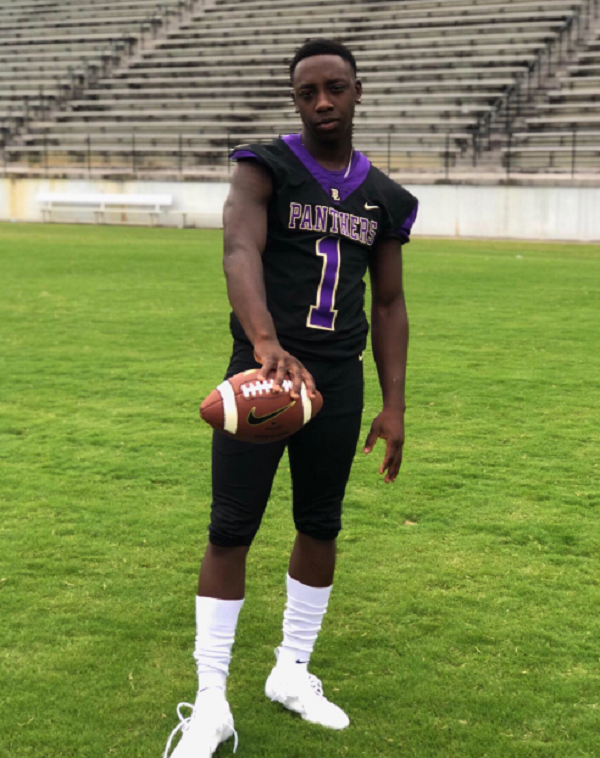 “Every Friday morning during the fall, some of our student athletes help staff members at B-L primary and B-L elementary schools with the parent drop-off lines,” Mackenzie Taylor of Lexington Three explained. “They open car doors and help students safely exit their cars and proceed into the school buildings.”

On this particular day, Ke’Shoun noticed a little girl who was crying as she stood in the entry to the school. That’s when this burly athlete did something so tender and kind, someone actually snapped a picture and put it online. He gently took the little girl’s hand in his and walked her to her classroom. 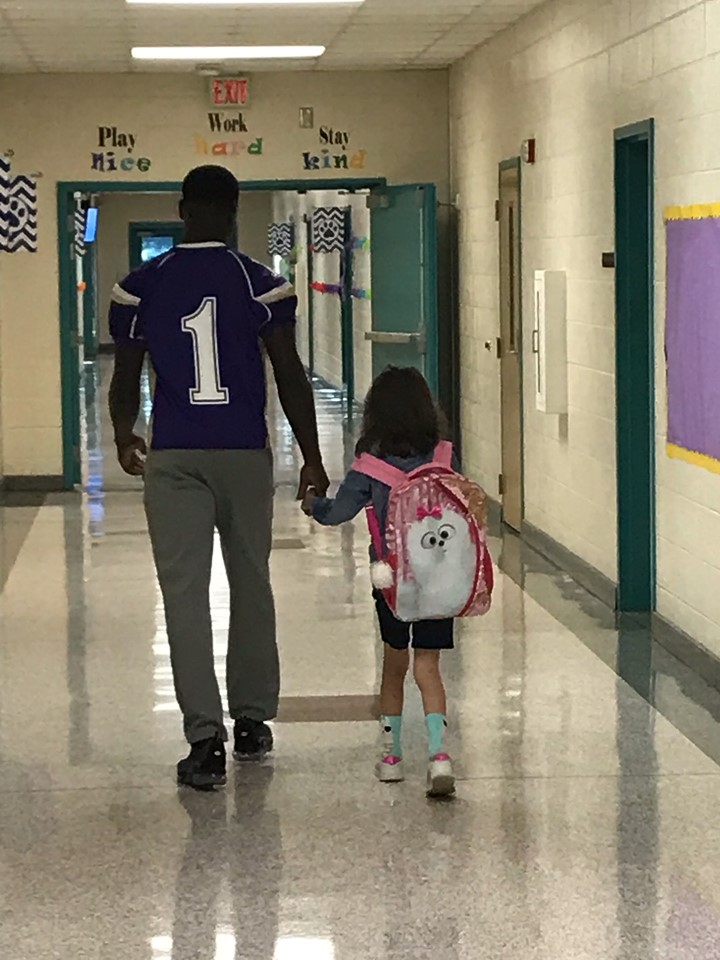 “Play Nice. Work Hard. Stay Kind,” says the sign hanging in the hallway above their heads, providing the perfect backdrop for this sweet moment. “This photo embodies the true essence of what it means to be a Panther and is especially significant because this year the district is celebrating its 100th graduating class,” Mackenzie later stated.

Ke’Shoun likely didn’t think much of taking the child’s hand and offering her the comfort she needed in that moment, but once the school district uploaded the picture to their Facebook page he quickly realized the impact of his actions. People from all over responded with praise and thanks for his kindness! 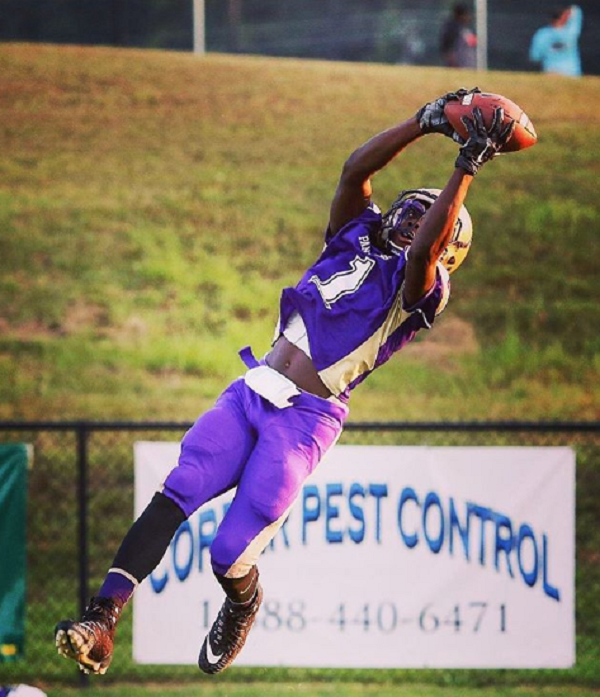 Later that day, Ke’Shoun made headlines once again. During the first game of the season against rivals Ridge-Spring Monetta, Ke’Shoun threw a touchdown pass on the first play of the game. Later, he caught a touchdown reception for 97 yards — a first in school history — leading his team to a 21-0 victory.

Coach Eric Gambrell was quick to congratulate his player, who had shown his true spirit both on and off the field that day. “Imagine throwing a touchdown pass the 1st play of your Sr. year. Then catching a school record touchdown reception for 97 yards on the 1st catch of your Sr. year. Your team wins 21-0 and it wasn’t even the most important/impressive thing you did that day!” he wrote on Twitter.

What a guy! Ke’Shoun is a shining example for what a student athlete can be. Not only does he work hard to be a powerful member of his team, but he shows that no matter how tough you are there’s always room in your heart for kindness. Great job, Ke’Shoun!