Kenadi Dodds may live in Logan, Utah, but she has a voice straight out of Nashville, Tennessee.

The 15-year-old has been singing most of her life and has dreamed of becoming a country star ever since seeing Shania Twain in concert six years ago. But that’s not the only reason she jumped at the chance to audition for “America’s Got Talent.” She also had a promise to fulfill. 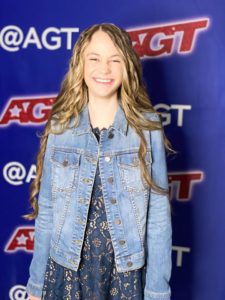 As the ninth-grader explained to the judges, everyone in her family except for her has retinitis pigmentosa, a rare, degenerative eye disease which ultimately leads to blindness. Because both of her parents have it, they don’t drive. But she never let that get in the way of taking voice lessons; she relies on neighbors, extended family, and public transportation, instead.

One of Kenadi’s biggest motivations to making it on the show is her 9-year-old sister, whose biggest wish is to watch her sister perform on the AGT stage.

“My little sister told me that she wanted to see me on the biggest stage in the world before it’s too late and her vision’s gone,” Kenadi said. That day, she made good on her promise as her sister watched offstage, wearing a huge grin. 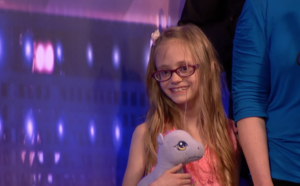 Not only did Kenadi prove herself a beautiful singer with a country flair, but a talented songwriter! She performed an original called, “One Way Ticket to Tennessee,” one of the many songs she’s written with her dad, Chris. The lyrics combined with her powerful voice made for one captivating experience.

“Daddy always tells me to follow your dreams/ He says I can go far if I don’t care what people think/And if I want to be a star the key is working hard/Yeah, that is how you become your daddy’s country sweetheart.” 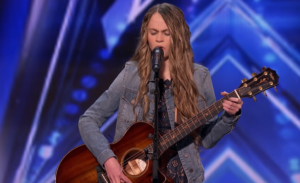 Kenadi appeared a bit shy during her introduction, but in her element, she turned into what Simon Cowell called a “firecracker.” He even had a hard time believing she wasn’t from Tennessee!

“You kind of transform from who you are right now when you’re talking to us to when you start playing,” Howie Mandel added. “This is just the beginning for you. I promise you, your future is already set in stone from this moment.”

With four “yeses” under her belt, Kenadi took one step closer to her dream — and made her sister’s come true. 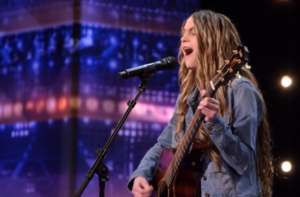 What a voice! Congratulations, Kenadi! We know your little sister and the rest of your family couldn’t be more proud.

Check out Kenadi’s stunning audition in the video below!