It’s never a good feeling to be called to the principal’s office.

Amani Rodriguez thought he was in trouble when he went to meet with Principal John Coscia at Division Avenue High School in Levittown, New York, in 2019. Yet the second he rounded the corner, it became clear that he was about to receive the greatest gift ever! 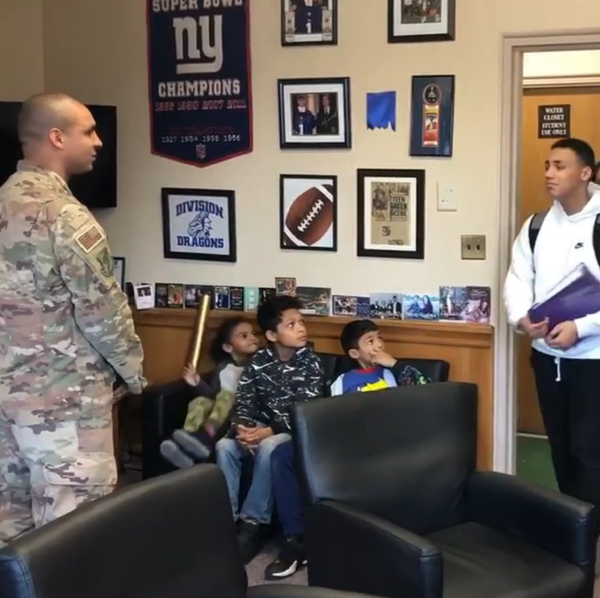 Standing in front of him was Air Force Technical Sgt. Kelvin Rodriguez, Amani’s dad! Rodriguez had been overseas for the past seven months. While it was the last deployment of his 10-year career, his absence had been extremely tough on his family.

So when Rodriguez found out he would be able to return home a bit early, he seized the opportunity to surprise his family in the best possible way!

The first stop was home, where he reunited with his wife Arlene. Next, he showed up unannounced at their youngest son’s elementary school. Finally, it was Amani’s turn! As the camera rolled, they shared an emotional moment that so many service members dream of. 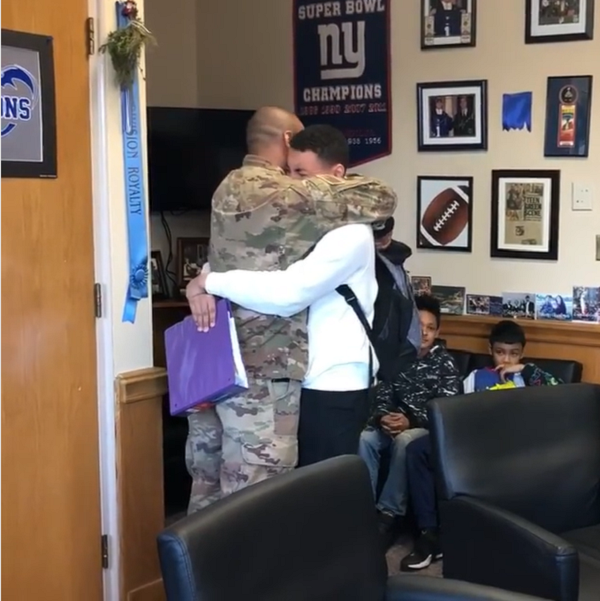 The 15-year-old freshman is left speechless when he spots his dad, but his face says everything for him! His expression simply crumples in a mixture of love, relief, and joy as he steps into his father’s arms and begins to cry.

“I wanted to change out of my uniform, but my wife told me to just leave it on and go,” Rodriguez said. “It was a long embrace. He did not want to let go.”

“I was not expecting it at all,” Amani added. “When I did see him, I was so happy because I missed him so much.” 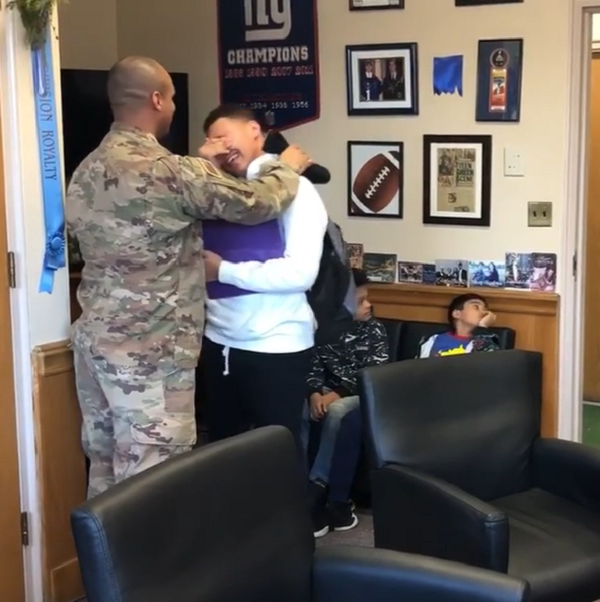 We loving seeing our brave service men and women return home to their loved ones! Congratulations, Rodriguez family, and thank you for your sacrifice.

Watch their tearful reunion in the video below, and be sure to share this story with your friends.