Compassion is one of the most powerful instruments in any toolbox.

As Keanon Lowe, a football coach and security guard at Parkrose High School in Oregon, searched for a student who had expressed suicidal thoughts, his only focus was on keeping the student safe. So when he spotted 18-year-old Angel Grandos-Diaz holding a loaded shotgun, he kept one mission in mind — kindness. 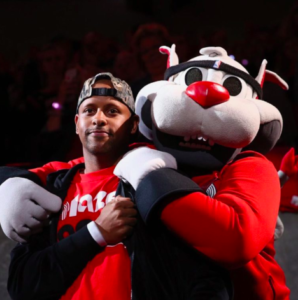 Angel had told another student he was so distraught over a recent breakup that he planned to take his own life, so he went to school concealing a gun with a single bullet in its chamber. By the time Keanon found him in a classroom, Angel had pulled out the gun and aimed it at himself.

Thankfully, it didn’t fire, so Keanon had time to cross the room and remove the firearm from Angel’s grasp. Security footage captured the dramatic scene. We can clearly see Keanon walk out of the classroom, holding the gun with one hand and Angel with the other. 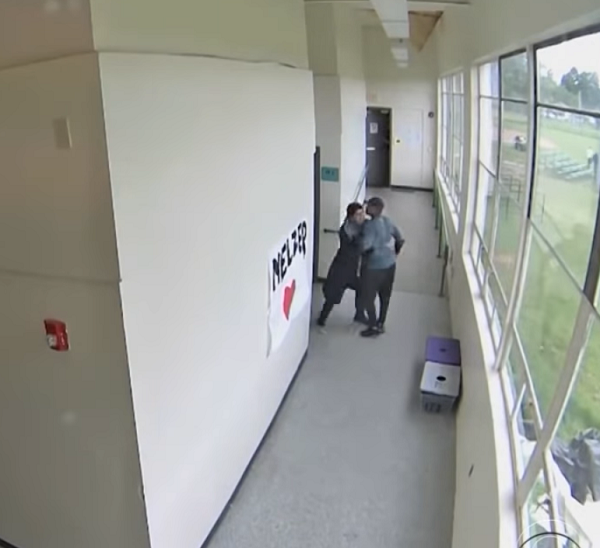 Another teacher dashes over to take the gun, and that’s when Keanon transitions from security guard to friend and mentor. Instead of being rough, he wraps the teen in a bear hug and holds him. Angel struggles at first but quickly succumbs to this unexpected tenderness, relaxing and then sobbing in the coach’s arms. 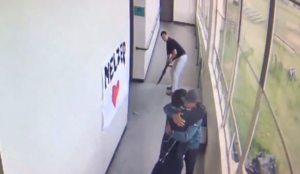 Police arrived soon after to take Angel away. Angel’s attorney Adam Thayne said the situation ended in the best way it could have thanks to Keanon’s “decisive, courageous, and compassionate” action.

Angel faces a multitude of charges and will be receiving mental health and substance abuse treatment. He’s now grateful that Keanon stopped him. “Angel would like to thank Mr. Lowe, the first responders, the Parkrose High School community, and all those who have supported him throughout this process,” Thayne said. “He is looking to move forward in the best way possible.” 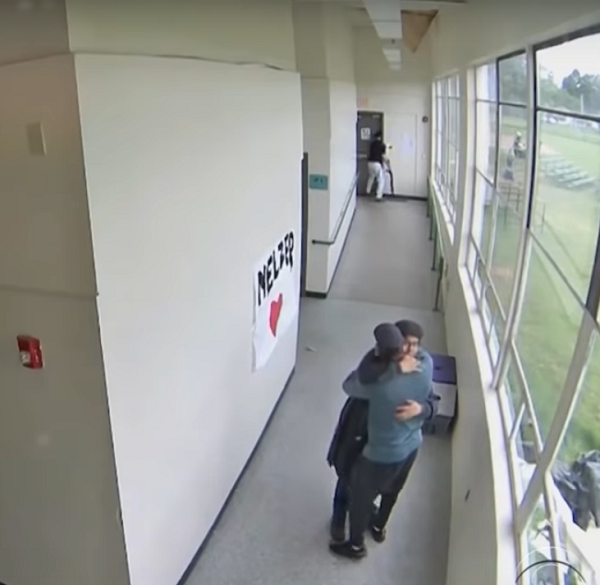 Now Keanon is being hailed a hero, but he said he’s just grateful he was in the right place at the right time — both to prevent a tragedy and to help a student who was clearly in pain. “When confronted with the test the universe presented me with, I didn’t see any other choice but to act,” he wrote on Twitter. “Thank God, I passed.”

The former team captain and wide receiver for the University of Oregon explained that the hug came from a place of deep compassion for Angel. He said, “A lot of times, especially when you’re young, you don’t realize what you’re doing until it’s over.”

Some crimes are committed out of pain, not malice. We’re so grateful Keanon was there to give Angel what he needed most: a reminder that life is worth living.

Watch the video of their encounter in the video below, and share this story to remind people to be compassionate.