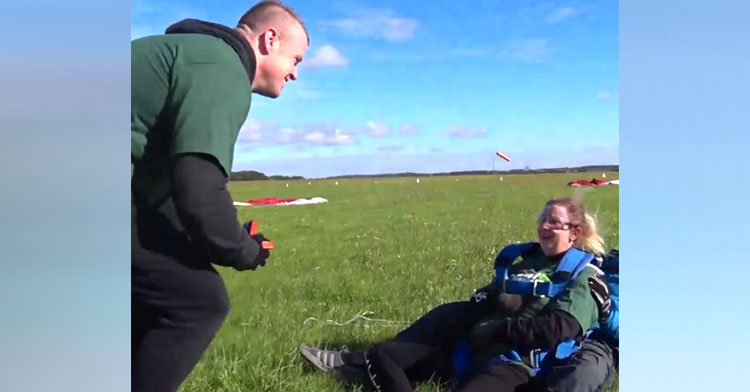 1st-Time Skydiver Is Shocked When Boyfriend Proposes The Mom...