Anyone who’s struggled with a pet’s behavioral issues knows how difficult they can be to deal with, but having a supportive partner around can make all the difference.

KaTarra Taylor of Colorado Springs, Colorado, knows how lucky she is to have her boyfriend, Nick, who welcomed her “trouble” dog, Bentley, with open arms. Sure, he says he’s not fond of the bloodhound, but his actions speak volumes about how he truly feels. 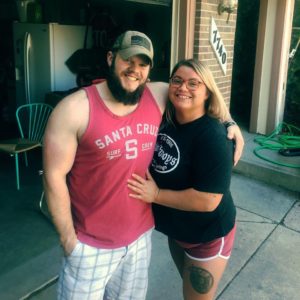 KaTarra adopted Bentley when he was 4 years old. From then on, she refused to give up on him.

“I was his 5th home and everyone had given up on him,” she wrote in a post shared to the Dogspotting Society Facebook group. “He was destructive, aggressive, and untrusting. I was in a 1 bedroom apartment but I couldn’t let him go back to the rescue again after not doing well at my parents home. I worked tirelessly to leash train him, treat his anxiety, diagnose and treat his severe allergies, and break his aggression.” 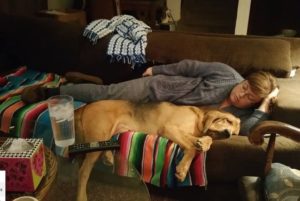 The pair eventually moved, ending up in a townhouse with Nick and his dog. Unfortunately, their new home didn’t have a yard — at least, not at first. 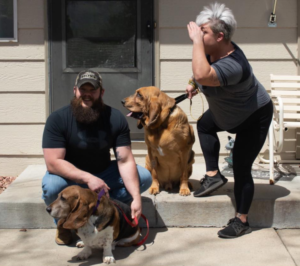 “The whole time [Bentley’s] been with me he’s never had his own yard… just the park and the grass on our walks,” KaTarra added. So, in May, Nick dedicated an entire weekend to creating one! 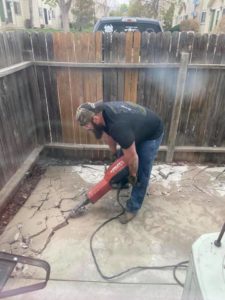 Nick toiled for hours, tearing out a section of concrete before laying soil and sod in one corner, KaTarra says, “For the dog he hates…We’re so lucky.” 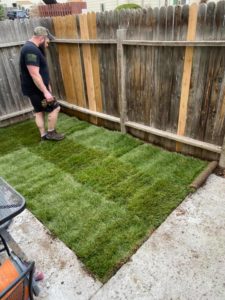 But something tells us Nick doesn’t hate Bentley at all. It’s quite obvious he cares about the dog after going through so much trouble to make him happy — and clearly, he did! 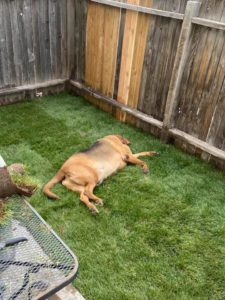 Enjoy that bed of grass, Bentley! You deserve it. And even though you had a rough start to life, both you and Nick are keepers, and we’re sure KaTarra would agree!

Share this sweet story with other dog lovers today!