Like all mothers, Christina Swartz of Morristown, Tennessee, was nervous as she sent her two children off to their first day of school.

Some nerves are typical, but Christina has even more reason to worry than other parents. Her son, sixth grader Kadin Templin, has autism as well as a rare genetic disorder that has caused him to undergo 24 surgeries since birth. The medication Kadin takes also causes weight gain, sometimes leading to ugly name-calling and bullying from his peers. 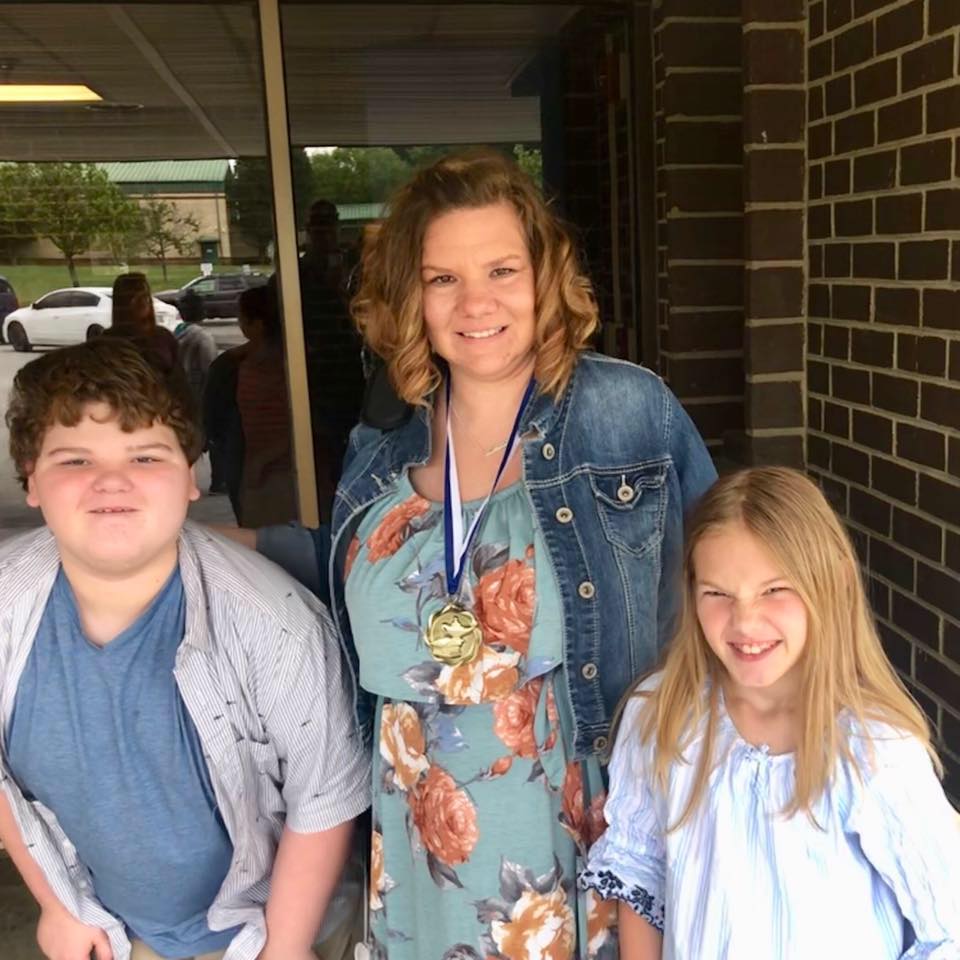 “I always worry about kids his age bullying him,” she said. “I mean I’ve heard grown adults say things under their breath about Kadin,” Christina explained.

In past years Kadin attended the same elementary school as his 9-year-old sister Emma, who would routinely protect her brother from other kids. But this year Kadin enters middle school and has all new teachers, a new school building, and all new classmates who don’t know his backstory. Not only that, but part of Kadin’s personality is to be friendly to all he meets, which isn’t exactly welcomed by some kids his age.

“He thinks EVERYONE is his friend and doesn’t understand not everyone wants a hug, and not everyone is nice,” said the worried mom. “He tends to get talked into doing things because he doesn’t know he’s not supposed to because he wants to feel included so bad.”

After Kadin came home from his first day of school he told his mother he’d made two new friends: Officer Ortiz and Mama T, a custodian. A few hours later a friend sent her private message on Facebook to tell her the whole story, and as soon as she saw the picture in the link Christina burst into tears.

Unbeknownst to her, the Hamblen County Department of Education had shared a photo of Kadin with one of his new friends, Officer Ortiz. “Sometimes first days of school are stressful,” they wrote. “Thank you for your love and assistance Officer Ortiz.” 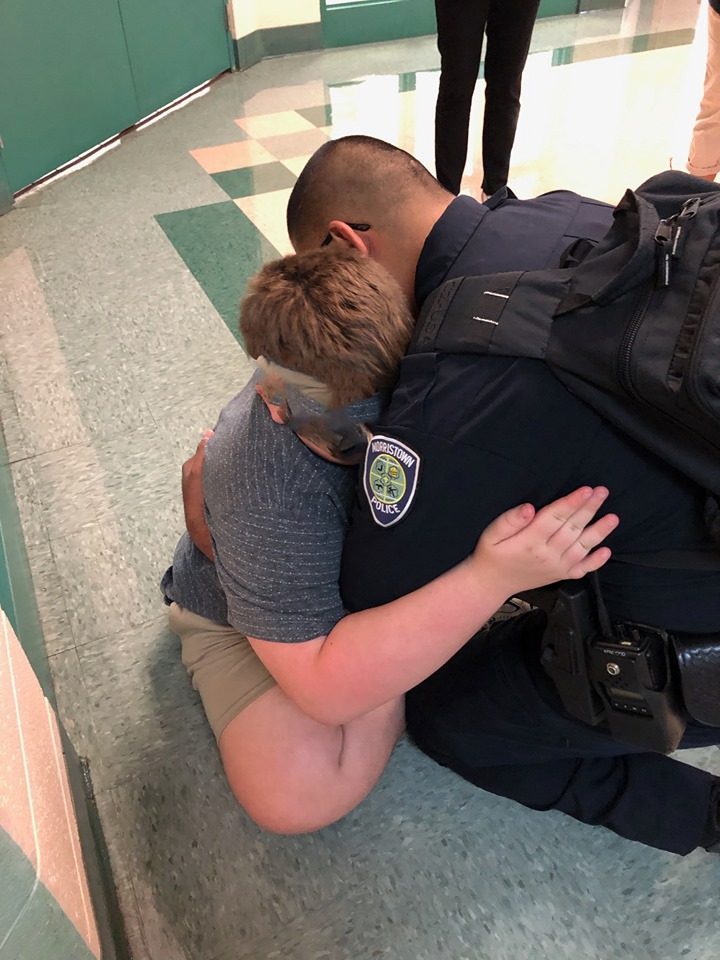 “To see an adult, a stranger at the time to Kadin, get down on his level and try to be there for him when he felt stressed meant the world to me,” she said. Christina wasted no time sending Officer Ortiz a message to thank him for his kindness towards her son.

“When I told him what Kadin said about him being his new best friend his exact words were, ‘I’m so excited and honored to be called his friend. This is the things that matter in life. He is special to me the very moment I met him,’” she said. “It really touched my heart someone can be there for him and understand Kadin has such a big loving giving heart!”

Although it might take Kadin a little extra time to make friends his own age in school, Christina takes immense comfort in the fact that staff members like Mama T and Officer Ortiz are there for him. “What I really hope people take from this photo is … a child with special needs like autism might look like a normal child from the outside,” she said. “And no we don’t want to handicap them. But, they need extra love, attention, and compassion.” 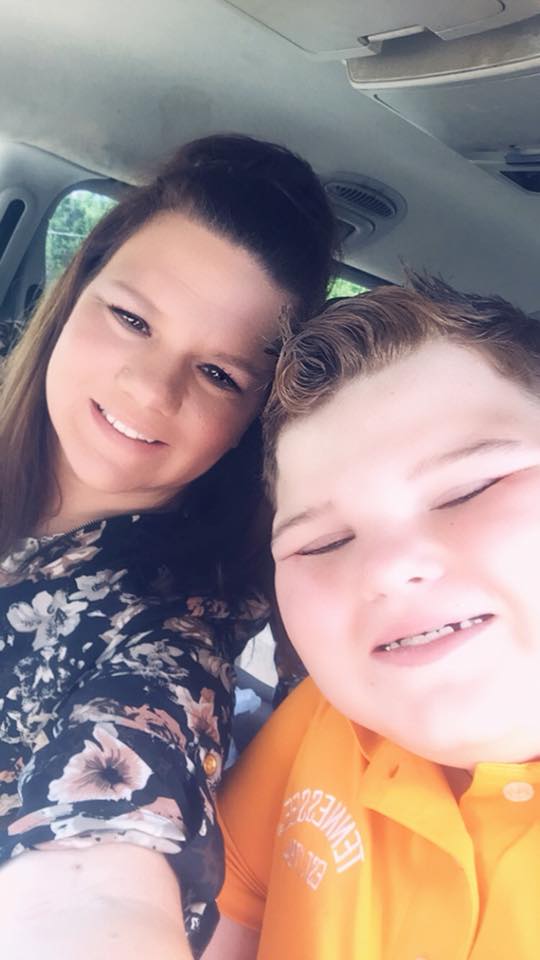 School resource officers are there to ensure our children’s safety and offer a helping hand, but it’s clear that they serve a much greater purpose as well. Officer Ortiz offers students a safe space and act as a trusted adult that some kids desperately need to get through their days away from home. Strong work, Officer Ortiz, for seeing what Kadin needed and giving it to him so readily.

Please share this story to encourage more adults to step in and help a child who needs a kind word, a smile, or a hug!